With the hours counting down until we get our hands on FIFA 20, let’s recap all of the information that has been released thus far. 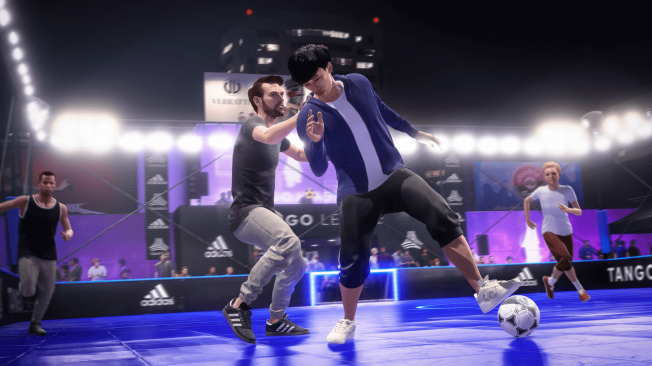 Express your style with an entirely new gameplay system, grounded in football realism. Inspired by the authentic small-sided form of football played in streets, cages, and futsal courts across the world, VOLTA Football gameplay offers new tools to immerse you in the flow of the street, including simplified flicks and skill moves, new flair animations, and even the option to use the wall as a teammate.

Play a variety of modes within VOLTA FOOTBALL, including:

Choose from a variety of match types, including 3 vs. 3 Rush (no goalkeepers), 4 vs. 4, 4 vs. 4 Rush, 5 vs. 5, and Professional Futsal. There are also different sizes of arenas and environments, with or without walls, giving you the freedom to play the way you want.

For the first time, there are countless ways to customize and personalize a player, from clothing, hairstyle and tattoos, to in-game celebratory emotes. Additionally, choose from a female or male character and showcase them across the various modes. Show off your style by equipping your players with the latest vanity items ranging from shirts, shoes and sweaters. Unlock more vanity items as your progress through VOLTA Football by completing in-game challenges.

Gameplay Innovations Being Pushed By EA

This year, FIFA 20 is trying to bring a new level of authenticity to the virtual pitch through an approach called Football Intelligence.

With Authentic Game Flow, every AI-controlled player will operate in a manner that considers awareness around time, space and a player’s position, delivering an environment that creates more time and space and puts greater emphasis on user-controlled play.

Pivotal moments that determine the outcome of a match have been updated with Composed Finishing in the final third to Controlled Tackling in the back:

Strafe Dribbling adds more dimension to attacking options, offering the ability to move with more agility than ever to lure your opponent in to then beat him on speed or skill.

EA believes that Season Objectives will be equivalent to when the studio introduced Squad Building Challenges in FUT 17, changing the way that fans engage with FUT throughout the course of the year. Season Objectives have been built to enable fans to take part in regular FUT campaigns (e.g. Ones to Watch), rewarding them for completing gameplay challenges that help them to progress their Club.

Season Objectives build on the system of Daily and Weekly Objectives that FUT fans are accustomed to and introduces a range of time-limited and grouped tasks that allow for more complex and rewarding objectives throughout FUT 20.

Players can now make their FUT Club truly unique with new Club Customization options. Custom Kits, Club Crests, Stadium Dressings and Banners, Tifos and Celebrations let fans show off their style both on and off the pitch in FUT 20.

FUT Friendlies is the brand new social hub in FUT that gives you new ways to play with friends or the wider FUT community in a selection of competitive and cooperative modes:

Within FUT Friendlies, you have the option to play standard rules, returning house rules from FIFA 19 and a selection of brand new rules for FIFA 20, including:

With social play at the heart of FUT Friendlies, the developers want to put the focus on having fun with your friends and experimenting with your squad. To help encourage this, they have streamlined some manager tasks, including applying consumables such as fitness, injuries and fitness, as well as ensuring that all games do not count towards your overall FUT record. With that said, you’ll still be able to maintain bragging rights with your mates thanks to in-depth stat-tracking system that records a range of statistics from the head-to-head matches you play.

The Class of 20 ICONS introduces 15 new superstars of the past for fans to put on their squads, including Zinedine Zidane, Kaká, Didier Drogba and Andrea Pirlo.

Squad Management and completing Squad Building Challenges are more seamless this year with a redesigned Squad Screen in FUT 20 that unifies access to your Active Squad, Your Club,  the Transfer Market, and Customization options quickly from one location for the first time.

Improvements to Squad Battles include the removal of the daily match cap, allowing you to climb the Squad Battle Leaderboards on your terms. In the Featured Squad Battle, balance risk and reward by rematching and replacing your score each week in an attempt to earn more points, push yourself higher up the leaderboards, and gain better rewards.

A range of new innovations brings a whole new, immersive experience to career mode this year.

Both the Pre- and Post-Match Press Conferences will leverage newly-built scenes specifically designed to be part of the Manager Career experience.

Player Conversations will mainly serve as the 1-on-1 interaction between the manager and players within the team through a messaging app-like interface.

We’re only a few days out from the early access 10-hour trial for FIFA 20. With career mode additions and potentially dynamic gameplay updates, we could be in store for the best FIFA this generation. Let’s hope EA delivers.