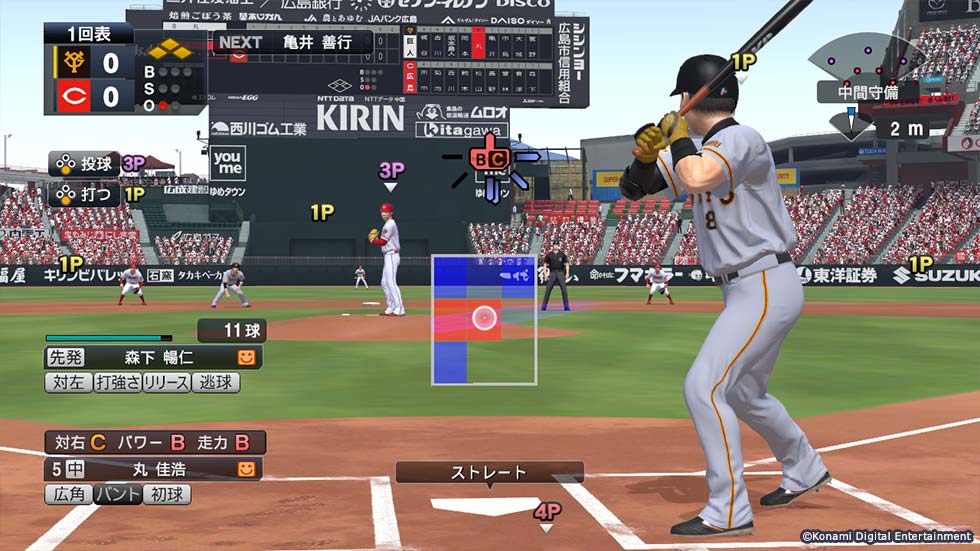 Nintendo and Konami have announced eBaseball Professional Baseball Spirits 2021: Grand Slam, for the Nintendo Switch and provided a new trailer, screenshots and some details.

While there is an obvious language barrier in the game, since it is presented in Japanese, the series has been a hit at Operation Sports, thanks to spiritstranslation.com. The team was a great source for quick translation and guidance in Pro Yakyuu Spirits Baseball 19. Let’s hope they will support this game as well.

Either way, if you’re up for importing eBaseball Professional Baseball Spirits 2021: Grand Slam, the game is scheduled to release on the Nintendo Switch in the summer.

The official website and press release is in Japanese, but here are some of the details, roughly translated to English.

Below are some eBaseball Professional Baseball Spirits 2021: Grand Slam screenshots. If you missed our Pro Yakyuu Spirits Baseball 19 review, from August of 2019, you can read it here.

For me, I went with self-adjust hitting on hard difficulty, which allows the user to self-adjust the ball cursor when making contact with the ball. I love this style as it replicates zone-hitting options of other baseball games from the current and past. The game also allows the use of timed hitting, and a type of gravitational hitting in which, depending on the level the user chooses, the cursor will moderately to strongly gravitate towards the ball as it comes towards the plate. No matter what style you feel is right for you, the physics and reaction of the ball coming off the bat are exceptionally well done, and the higher the difficulty the more hit variety you will see throughout the game.