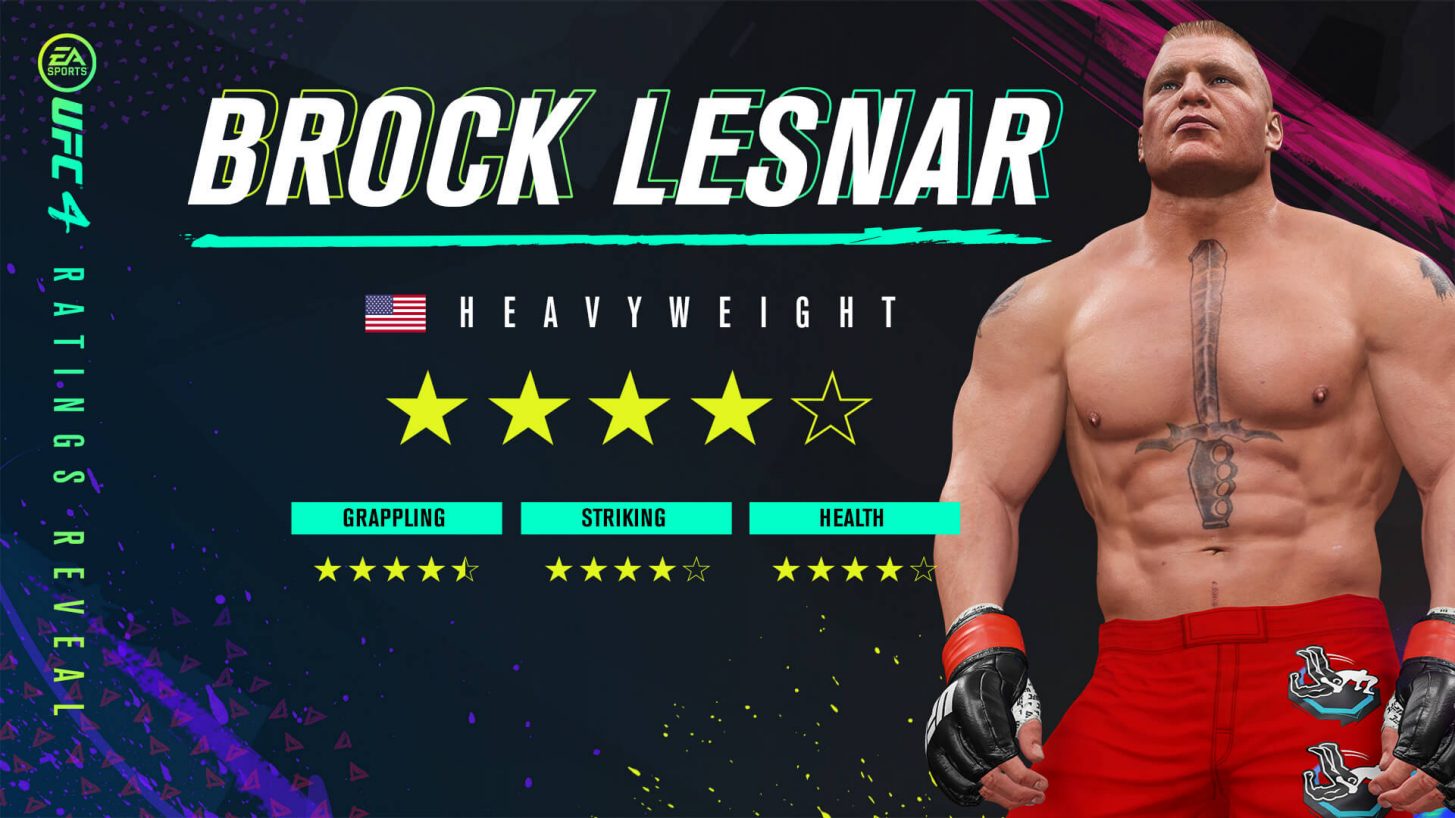 EA Sports UFC 4 game update 4.0 is available today, featuring 3 new fighters, new vanity for your Create-A-Fighter and plenty of gameplay updates, including animation improvements for ground and pound, balancing for takedowns, and improvements to striking.

Brock Lesnar, Askar Askarov and Jennifer Maia are the new fighters. However, as a “Premium Fighter”, Brock Lesnar will only be free from today through October 29. After that date, he will cost $2.50.

The new vanity added will include Halloween inspired pieces such as a mummy, werewolf, creepy clown, and more. Additionally, we have added additional hairstyles to the created fighter options and new texture options to many of the existing pieces of vanity. You will also notice that all venues are now selectable in Online Invite, Tournament, and event modes. 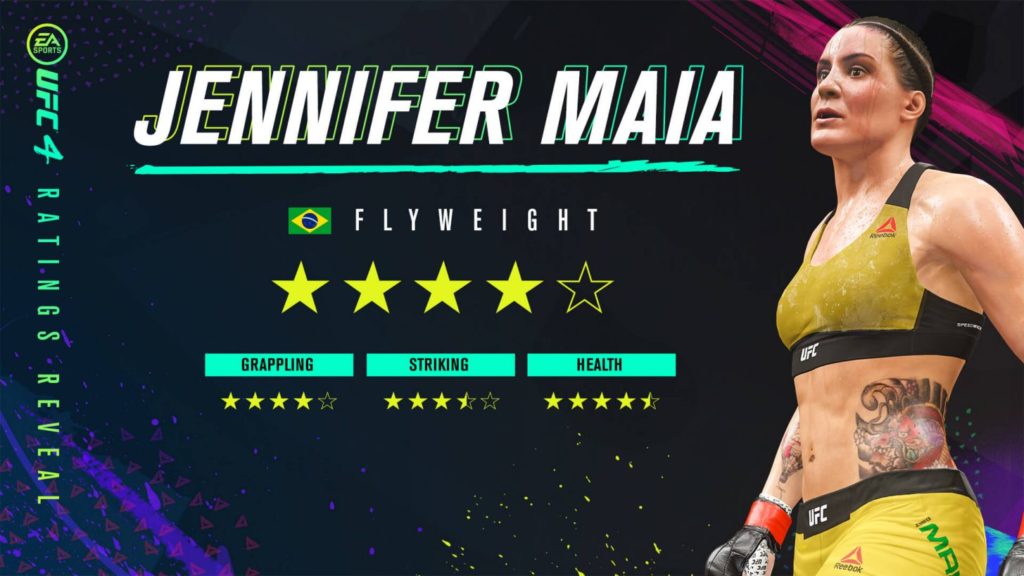 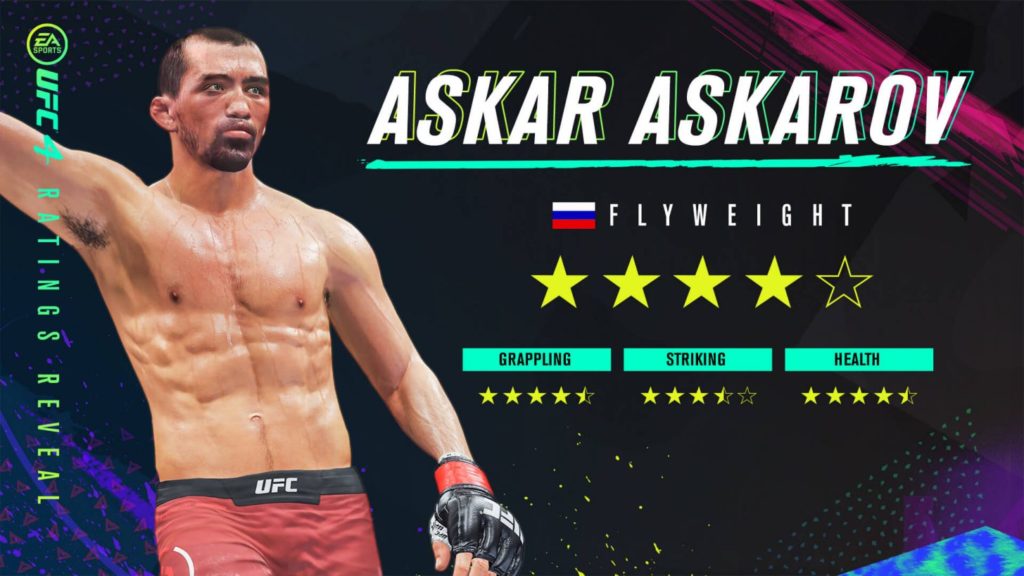 Check out the UFC 4 patch notes below.

If you missed our UFC 4 review, you can read it here.

Submissions are broken into two new mini-games, one using the back two shoulder triggers and the other using the left analog. In both variations, the goal is to either cover your opponent’s color, or avoid it if on the receiving side. Submissions are made even more exciting thanks to the possibility of chains into a different submission, providing an instant boost. Perhaps you need to strike your opponent to coax them into releasing their limb for an armbar or escape a hold from top position by standing up and slamming them back onto the mat. An impending heartbeat and visual effect complete an improved submission experience.