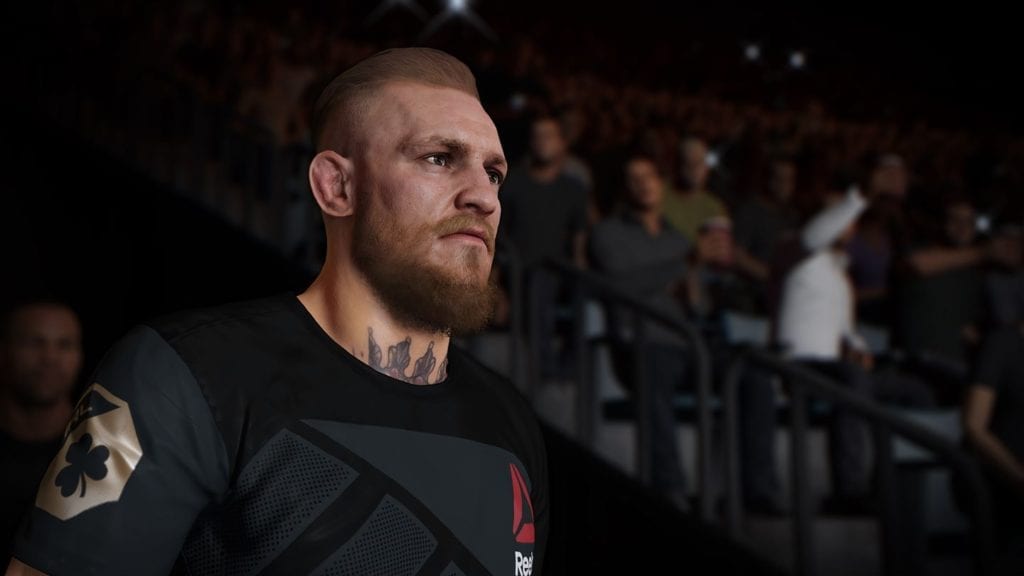 Another EA Sports UFC 2 patch is available now, weighing in at roughly 2 GB. According to gameplay producer Geoff Harrower, AKA GameplayDevUFC, it fixes a couple of things listed below.

Fixes the bug where roster fighters could appear in Ultimate Team
Fixes a ground exploit brought to our attention a while back.

Here’s the explanation of the exploit, you can watch it here.

It was a little convoluted but the specific exploit we were shown was if the top fighter denied the SUB fighter’s transition in north south, and then immediately transitioned to side control, the sub fighter would then get stuck in their transition to sprawl, and could get continually hit while in the stuck position.

What made it an exploit was the sequence of events could be setup to be unavoidable if the DOM got to north south.

The bug itself could have manifest in other situations as well, although I don’t know all the ways it could happen.