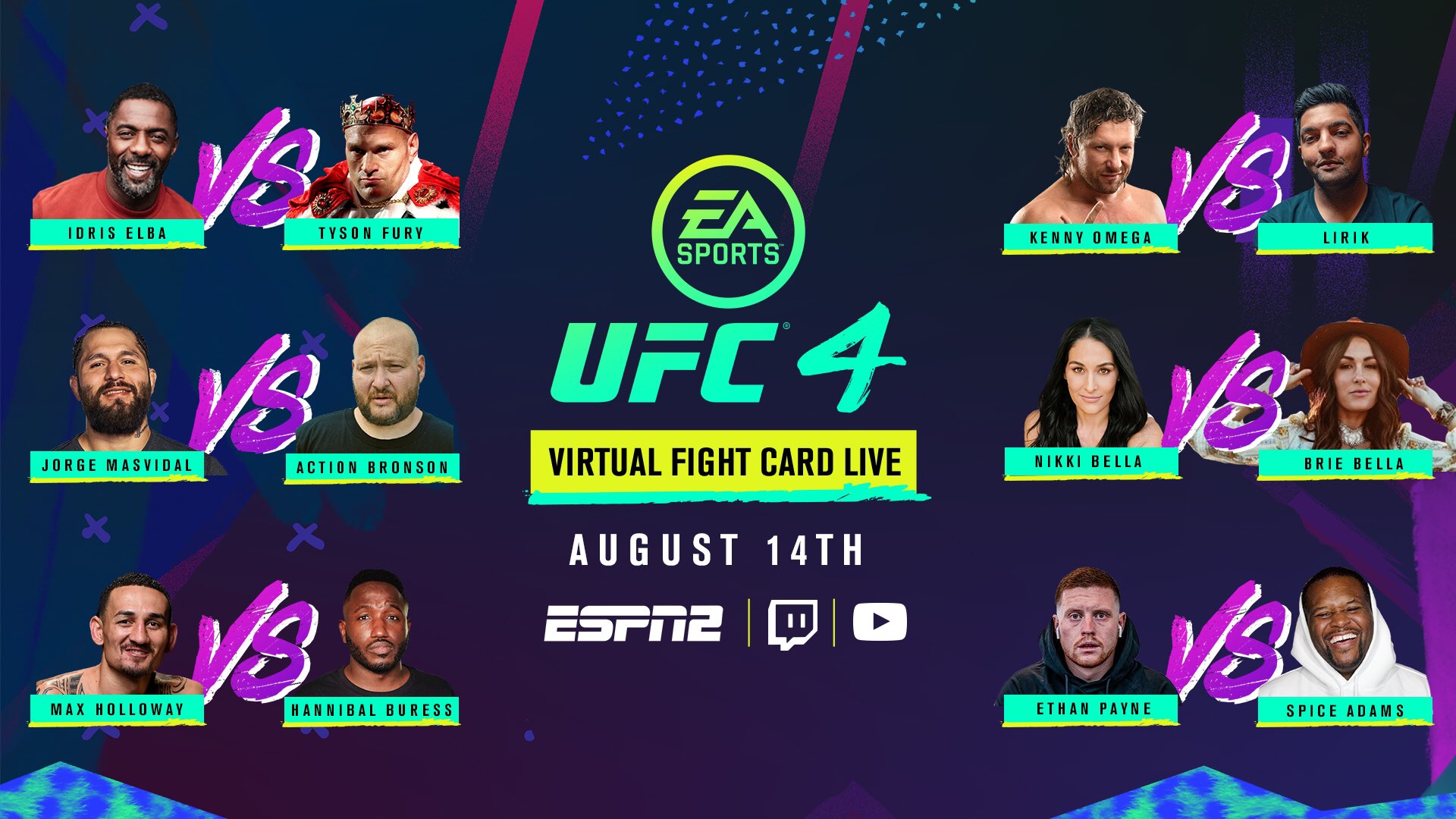 The live event will be featured on ESPN 2 at 7:30 ET, hosted by ESPN’s Mike Greenberg and Dianna Russini. Fans can also watch on the ESPN App or the official UFC YouTube or Twitch channels.

Here are the official matchups.