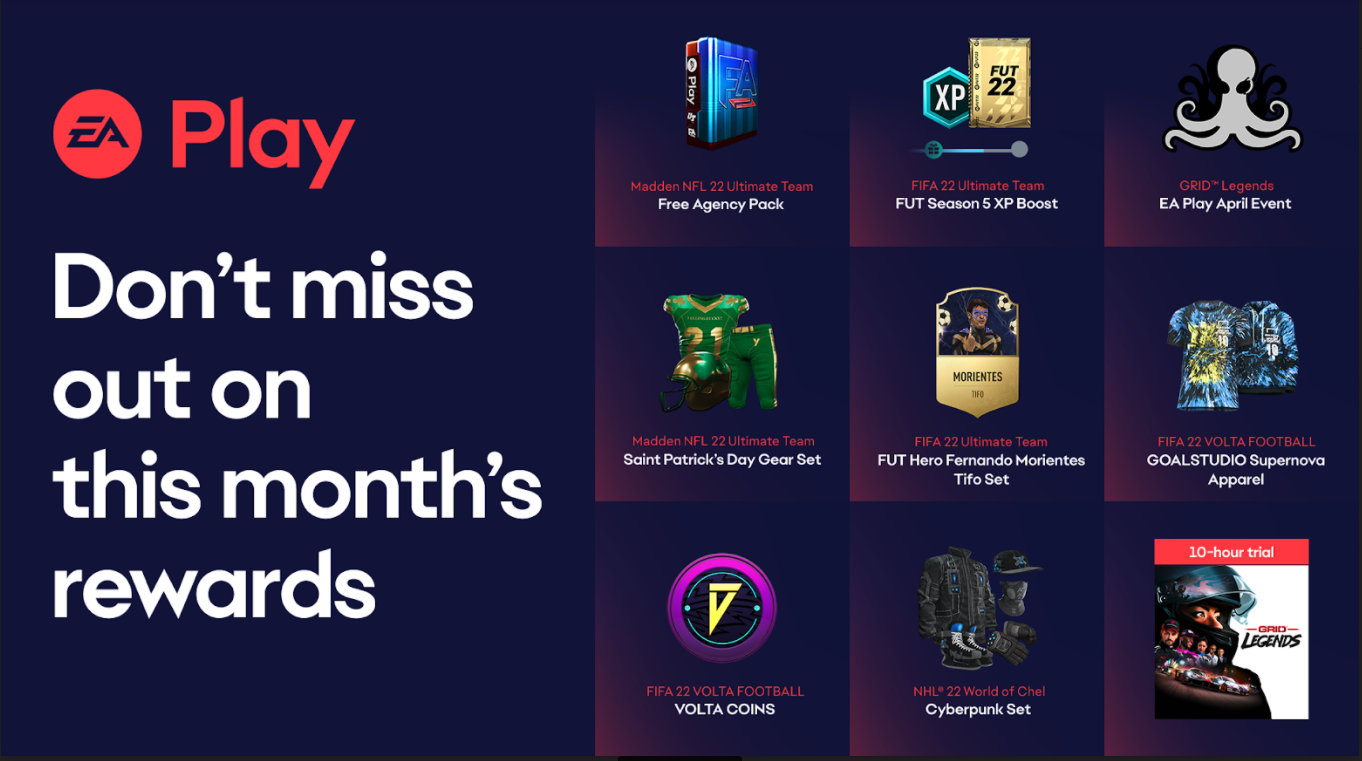 EA is offering up some EA Play member only rewards in April for Madden NFL 22, NHL 22, FIFA 22 and GRID Legends. It’s mostly Ultimate Team, The Yard and World of Chel related items, but check out the details below.