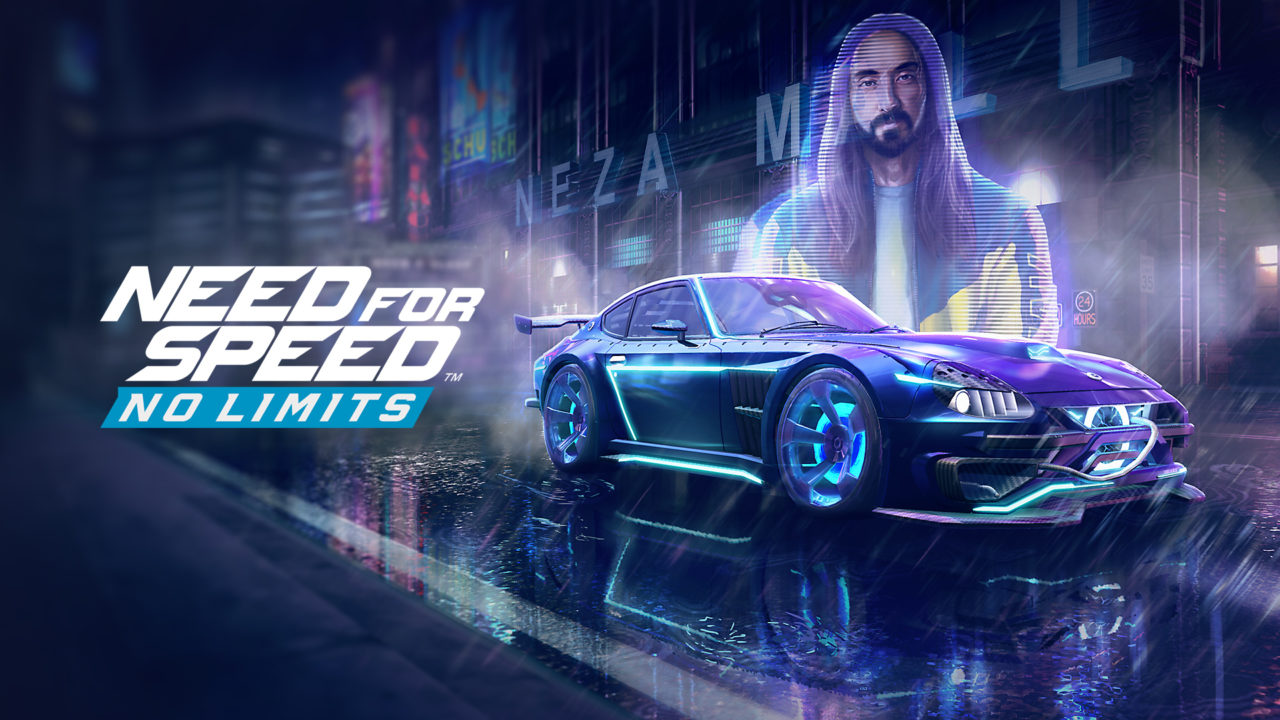 EA and Steve Aoki have announced a special in-game collaboration for Need for Speed No Limits, which introduces new in-game content, based on Aoki’s Neon Future comic book series from Impact Theory.

As part of a new update launching today for Need For Speed No Limits, Aoki makes a special in-game appearance, as the host of an electrifying Neon Future-themed event. He will challenge players to complete a series of events to unlock the exclusive Neon Future car body kit for the Nissan 240ZG, while songs from his Neon Future III Remix soundtrack, will immerse players during adrenaline-fueled races.

The Nissan 240ZG body kit was designed in collaboration between Aoki, the Need For Speed No Limits development team and the creative team at Impact Theory, and features a wickedly futuristic, cyberpunk-aesthetic design. This is the first time in the Need for Speed franchise’s 25-year history where a celebrity has directly worked with the development team to design a car.

Neon Future, to me, is the melding of humanity with technology,” says Aoki. “It’s about convergence and bringing these two things together to create an advanced species that knows no limits. This future is something I portray in everything I do from my music to the comic book to the clothes I design, and what makes this collaboration with EA so awesome is we got to combine all these different things together to really expand the Neon Future universe even further.”

“It was fantastic collaborating with Steve, he’s a very eclectic artist,” says Terry Lane, the Lead Artist for Need For Speed No Limits. “He likes to work with lots of different types of media, so it’s an interesting opportunity because we get to work with comic books, music, and radical visuals. So designing something that was once at home in that science fiction universe and also something that we could build in the real world was a really exciting thing to do.”

Need for Speed No Limits is free to play on the App Store and Google Play Store.

Cancel reply
Comment on this article
Continue Reading
You may also like...
Related Topics:need for speed, need for speed no limits, racing

More in Need For Speed No Limits