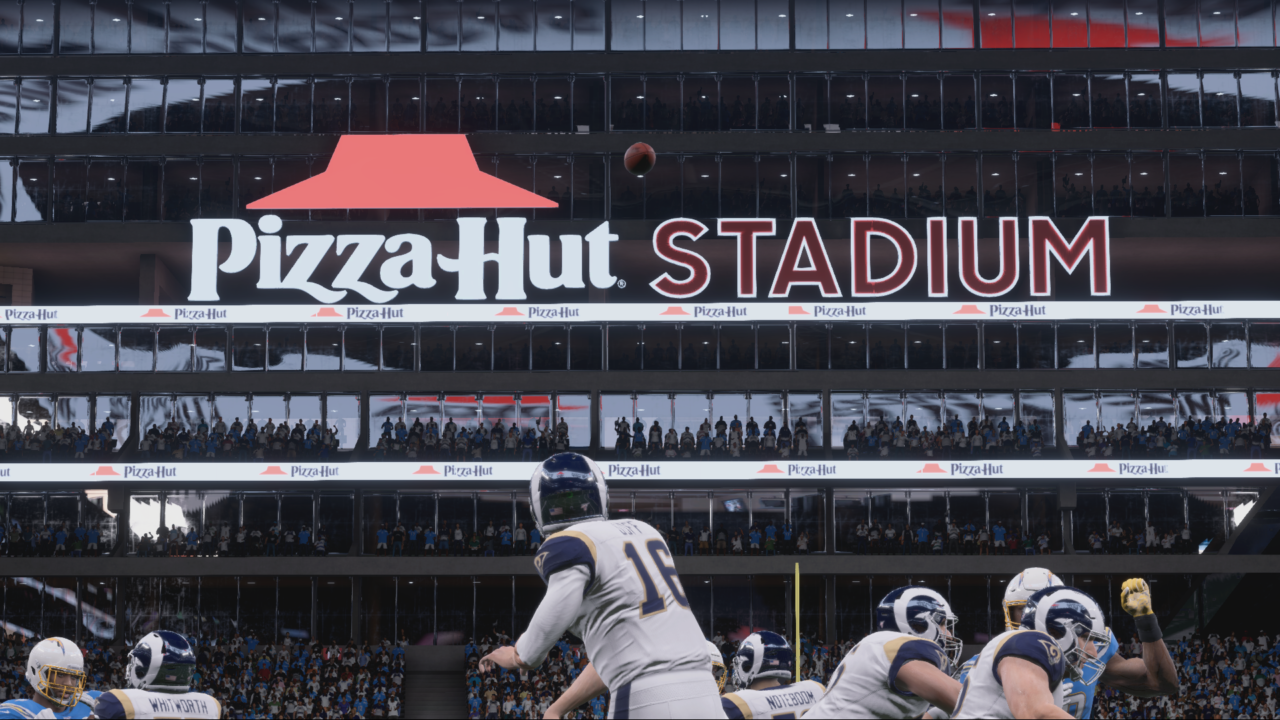 NFL partner Pizza Hut, is an official sponsor of EA SPORTS’ Madden NFL 20 Championship Series (MCS), and with it has entered the first-ever virtual stadium deal in esports. Here’s the first look at Pizza Hut Stadium, along with some stadium stats.

Marianne Radley, Chief Brand Officer at Pizza Hut, had this to say…

“Pizza and sports go hand in hand, and esports is no exception. Pizza Hut has always been a trailblazer in the gaming space, from the days of tabletop Pac-Man in our restaurants, to now, becoming the first-ever brand to have an official virtual stadium rights deal in esports. The goal of all our partnerships is to create 360 fan engagement and we are thrilled to join forces with EA Sports to create memorable experiences that connect fans to their favorite sports like never before.”

Pizza Hut Stadium – the new home of competitive Madden NFL – will make its debut this weekend at the Madden NFL 20 Classic presented by Starbucks® Cold Brew. The tournament will have the largest competitor pool in the history of the event and is physically hosted at the largest esports-dedicated facility in North America – Esports Stadium Arlington. A $190,000 prize pool is up for grabs for the top competitors, as well as the chance for first and second place to compete at the season’s culminating Madden NFL 20 Bowl. Catch all the action on Madden NFL’s Twitch and YouTube channels.

More MCS20 and Pizza Hut sponsorship details were revealed back in July, read about it here.