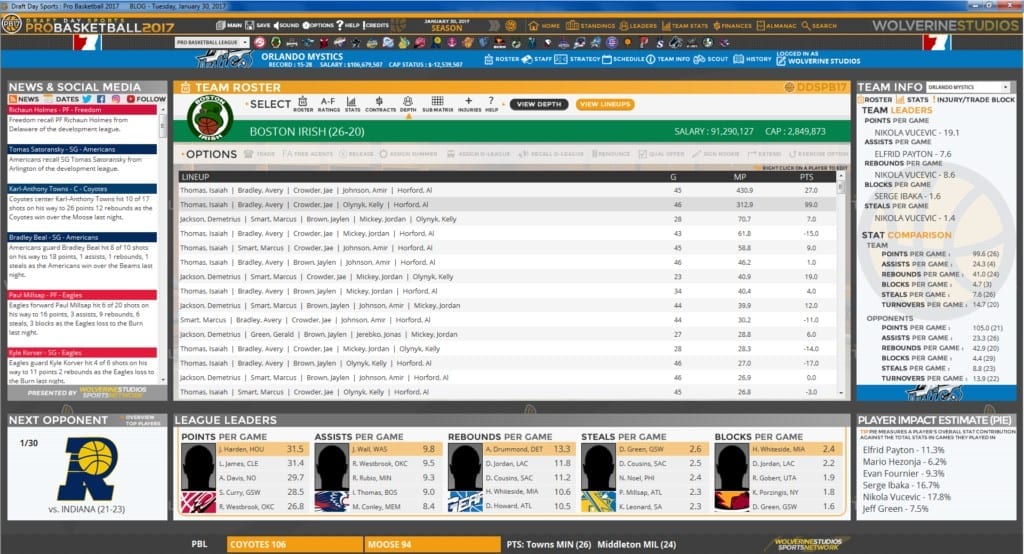 One of the most exciting parts of the game is of course the college draft. We’ve added additional running draft commentary again this year but the biggest addition comes in your pre-draft work options. We’ve added 12 scouting regions across the United States and the rest of the world for you to assign your scouting staff to. In order to get anything but the very basic information prior to workouts you’re going to need to commit some resources around the globe. Depending on the amount of resources you commit to an area you also may get additional emails during the year from your scout staff on a player they were impressed with. Review your emails prior to the draft workouts or use the in game notepad to keep your own notes on players you may want to target thanks to the heads up from your scouting staff.