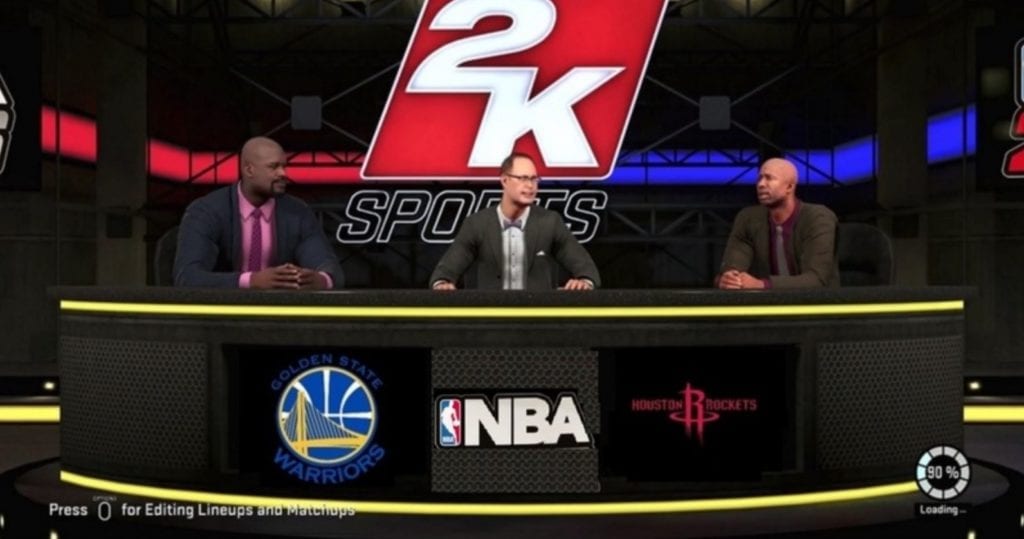 As sports gamers, the one thing many of us look for in the titles we choose to play is the realism of the game. How does the real-life game translate over to its sim title? Does the gameplay feel the same as what we get to watch on TV? How do the graphics look?

One thing that many of us as sports gamers also look at is the fidelity of the game, and how it is presented to us while we play. From pregame setup and intro, to the atmosphere and emotion during the game — including crowds, proper play-by-play/color commentary and teammate reactions — to stat overlays and player information, to halftime (if applicable) and postgame shows/information.

Over the years, and leading to our current generation of gaming, presentation has come a long way. We get to, for example, watch Shaq, Ernie and Kenny Smith give us a pregame breakdown of the upcoming match in NBA 2K16; Doris Burke handles in-game player interviews and gives you injury updates among other things. Stat overlays are handled by 2K Sports’ broadcast package, which bears resemblance to that of ESPN’s. In NHL 16, Doc Emrick and Eddie Olczyk give you the pregame rundown, while also handling commentary duties; they’re joined from time to time by Ray Ferraro, and all overlays are handled nicely by the NBC Sports broadcasting package.

Looking at the two previously mentioned titles and the updates they’ve gone through, are current presentation packages as real as it gets, and up to par for today’s console power and capabilities? Let’s take a quick look at the one title that revolutionized presentation packages as a whole for sports gaming and changed the landscape to bring us to where we are now.

NFL 2K5 – A Presentation Package Ahead Of Its Time

In July 2004, after the continuing success of ESPN branding, 2K Sports released ESPN NFL 2K5 to the football masses. With a deeply reduced selling price ($19.99) the game not only had its normal set of returning fans, but ushered in a whole new set of fans thanks to the pricing of the game. Building on ESPN NFL Football from 2003 (the only year that the 2K title was not used in the series’ title), the game was critically acclaimed. One of the most noted and talked about reasons for this was the overall presentation package of the game.

The feature of SportsCenter, hosted by Chris Berman, was something that was not seen in a sports video game and was quite refreshing for gamers both new and old. Like its real-life namesake, a mini pregame show was introduced, with Chris giving a quick rundown on both teams sitting at the SportsCenter desk. At halftime, he would break down key plays from the first half, along with full team stat comparison and player stats.

In Franchise mode, the player would get a weekly SportsCenter show breaking down all the games for the week with scores and stats. You’d also get to see in-game highlights from key games of the week. Trey Wingo, Chris’ co-host, would chime in with the injury report and any free-agency deals or trades. Sideline reports in-game would come from Suzy Kolber, while anything regarding the NFL Draft was handled by Mel Kiper. All in all, the presentation package as a whole was almost a mirror image of what any football fan would see on Holy Sunday.

Today’s Presentation Packages – Where We Are Now

Today’s games, 12 years later, have come a long way and have built presentation packages that keep gamers informed and entertained. Whether it be the previously mentioned NBA 2K16 or NHL 16 games, or the newly released Madden 17, where newer additions like animated starting lineup introductions and the new “Pylon Camera” are shown on touchdowns. What we’re seeing today is involved presentation that flows seamlessly with gameplay, and has us watching all aspects of our game.

Producers and designers continue to push the envelope, adding in small but noticeable changes that make titles look as close to the real-life presentation package as possible. For example, leaked footage came out yesterday, but was quickly removed showing David Aldridge on the sidelines in NBA 2K17, as well audio of Brent Barry, Doris Burke and Greg Anthony.

We can all see and agree that presentation in sporting titles is only getting better and helps to give sports gaming fans, both casual and hardcore, a full-tilt experience that makes us go back for more each time.

So the question is are you happy with where presentation is in 2016, or did you think we would be further along by now?