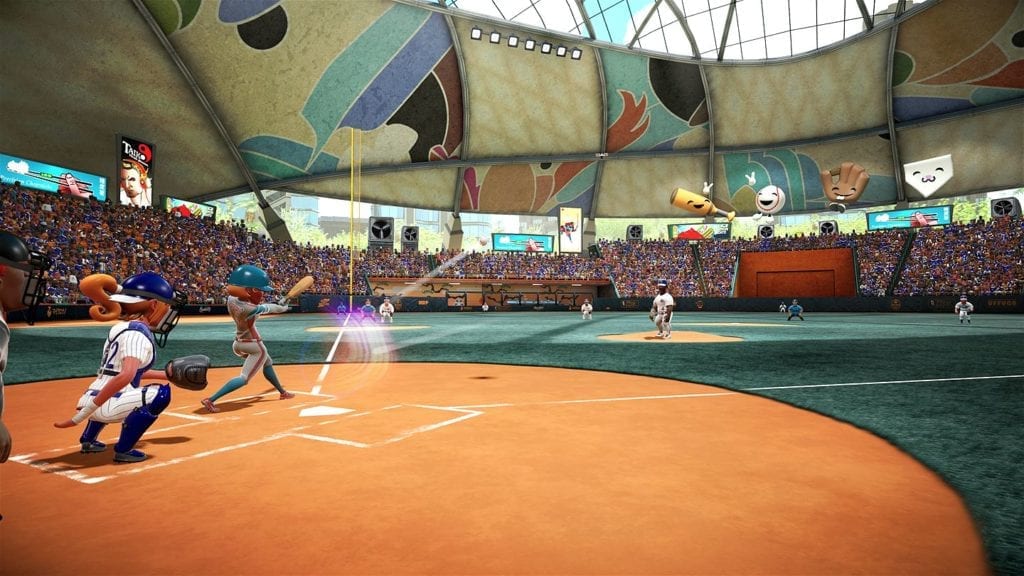 1) Should arcade sports games of the future be over the top or more grounded?

Elliott Jenkins: Arcade sports games are so much fun because they perfectly balance both. Those who want a more realistic experience can find sim titles for just about any sport, and over-the-top titles exist left and right on even mobile as well. What made NFL Blitz, NBA Jam and the Street franchises so great was that there was enough of a bonkers “fun” element that came with a sound, grounded strategy for each sport. It is also important that the over-the-top elements do not cannibalize the gameplay. The perfect balance of over-the-top and grounded is where arcade sports titles can shine the brightest, and frankly, where we need them the most.

Chris Sanner: I think I agree almost wholeheartedly with Elliott that this is not an either/or but a both/and question. You want a game that can integrate fun elements that are over the top with grounded gameplay where you can still use relatively real-to-life strategies to win. The goal of an arcade title I’d think would be to provide responsive and balanced gameplay with a lot more “gamey” elements to them (like player classes and boosts) while also providing an experience that still feels quite like the parent sport.

2 )Is there a market for Street games right now?

Elliott Jenkins: It feels like every time we post a throwback article, multiple comments mention that they’d “pay anything” for an update or re-release of the many superb Street titles of the good old days. Check the enthusiasm around YouTube streams and comments. The social conversation alone suggests that there is a market, but the problem is hardly anyone is testing it. And if they are, they haven’t done it in years or have done so with very poor execution on the whole. NFL Blitz’s 2012 reboot fell apart because of modes inexplicably requiring online play. NBA Jam: On Fire suffered a similar fate when something as simple and expected as roster updates just stopped out of the blue. I’m very curious to see how well Mario Tennis Aces performs given that it’s the closest thing we’ve seen to a well-marketed, well-known AAA arcade sports game in years. But, yes, I think that the market clearly exists for both newcomers and longtime fans of the arcade/Street series.

Chris Sanner: In a word: yes. People do want arcade sports titles, but it’s not a huge audience and because of that we haven’t seen big investments into them. The big problem isn’t that there isn’t an audience, it’s that there isn’t a way to milk an arcade audience for an extra 100 dollars or so with modes like Ultimate Team. In case you never caught this, AAA sports games are still just $60 because those modes and gamers paying big money make the games profitable. So an arcade title that can’t deliver that same type of profitability is in danger before it ever is allowed to enter the marketplace. What I’d propose is that Street/arcade games need a seriously good hook to keep people paying and playing long after release.

3) What sports need arcade versions currently? And what past titles could be resurrected?

Elliott Jenkins: In an ideal world, every sport could benefit from a great arcade title. Even Daytona USA and Tony Hawk’s Pro Skater took sports that were not necessarily the most popular and turned them into must-play games and successful franchises. But from a realistic perspective, the NFL, NHL and NBA should have arcade versions available on every platform. I’m thrilled to see what NBA Playgrounds 2 will bring to the table, but the NFL and NHL are in dire need of an arcade gameplay reboot. An NFL Blitz or NFL Street reboot (sans violence) could be immensely successful if they learn from the mistakes from NFL Tour and Blitz 2012. NHL Hitz would be a much-needed sharp contrast to the EA’s complex NHL franchise, and I feel similarly about even MLB SlugFest and The Bigs as well.

Chris Sanner: Oh man where do we start? SSX, Tony Hawk’s Pro Skater, really any of the old extreme sports games that were grounded but full of arcade elements. All the big sports could use some licensed games. Super Mega Baseball is a fantastic title and a good example of what arcade sports games can be in 2018. Imagine Super Mega Baseball with MLB players and teams. That’s pretty exciting, right? The short and easy answer is we’ve gone so long without great arcade titles within each sport that anything works and is needed right now.

Elliott Jenkins: I think that all arcade sports titles should explore the following formula: digital-only, release a full game every two or three years, offer a 15 percent discount for two weeks after launch, price it at $20 or less, and implement the subscription-based service to update the title. Arcade sports titles are the perfect climate to test the DLC subscription since they do not mandate annual releases. The NFL Street series did not need three releases, but the market was pre-DLC and hyper-competitive back then. Today’s climate does not mandate an annual release especially when roster updates, legendary players and custom team pieces can be implemented via DLC. I would love them to be free, but that is the unfortunate reality of the sports gaming climate. They would also have to be certain to avoid Capcom’s seemingly endless DLC miscues and make the full package worthwhile. Or if a developer is particularly daring, give the Fortnite model a try. Players are lured in by the free price point, are immediately hooked by great and endlessly varied gameplay, and can pay for what they want in terms of content. What if EA released NBA Street Vol. 3 as is for free and offered various legends, jerseys, roster updates, and celebrations as paid DLC?

There are so many clear lessons from the successes of previous arcade and Street titles that an excellent modern release would be “easy” to concoct at least in terms of knowing a good formula. Combine NFL Blitz/NBA Jam’s airtight single-player and multiplayer gameplay, NHL Hitz’s franchise mode, NFL Street’s Pick-Up and All-NFL Pick-Up modes, and NBA Jam: On Fire Edition’s tremendous amount of unlockables to Frankenstein the best arcade sports title imaginable. I would most certainly pick that up for $20, let alone download it for free if it took the Fortnite route.

Chris Sanner: Definitely I think the market is open here to change release tactics for sports games. Elliott is right, there’s a ton of room for experimentation. But as I alluded to, there needs to be that profitability to keep things going. Given the prevalence of esports as well, I think there’s room to model arcade titles after an Ultimate Team mode, but make that most of the game. Basically take the idea of the mobile sports titles, which are just card-based games, but mix them with a AAA title where you still have teams and players licensed, and then let players play a variety of modes that are online and offline to build up their own squads or existing ones. I’d be all about an NBA Street game where you have to play to earn points with a certain franchise to unlock legends (or just pay for them) to then take your squad online to compete. Plus there’s opportunity to have your own characters and team up like some of the AAA games are offering nowadays, too.

And a game like SSX or Tony Hawk’s Pro Skater with products like better boards, costumes and even buy-ins to real events with real cash on the line makes so much sense. Could you imagine how big that esports arena could be with good, compelling and fair gameplay? The options for how to manage these games and how they can become profitable are limitless, but the obvious thing here is a $60, yearly and iterative title is not the way an arcade sports game should be released in the future. Rocket League, be our guide.

Three for June: Non Mainstream Sports Games Worth Playing
Three for July: Bringing Back Some Greats