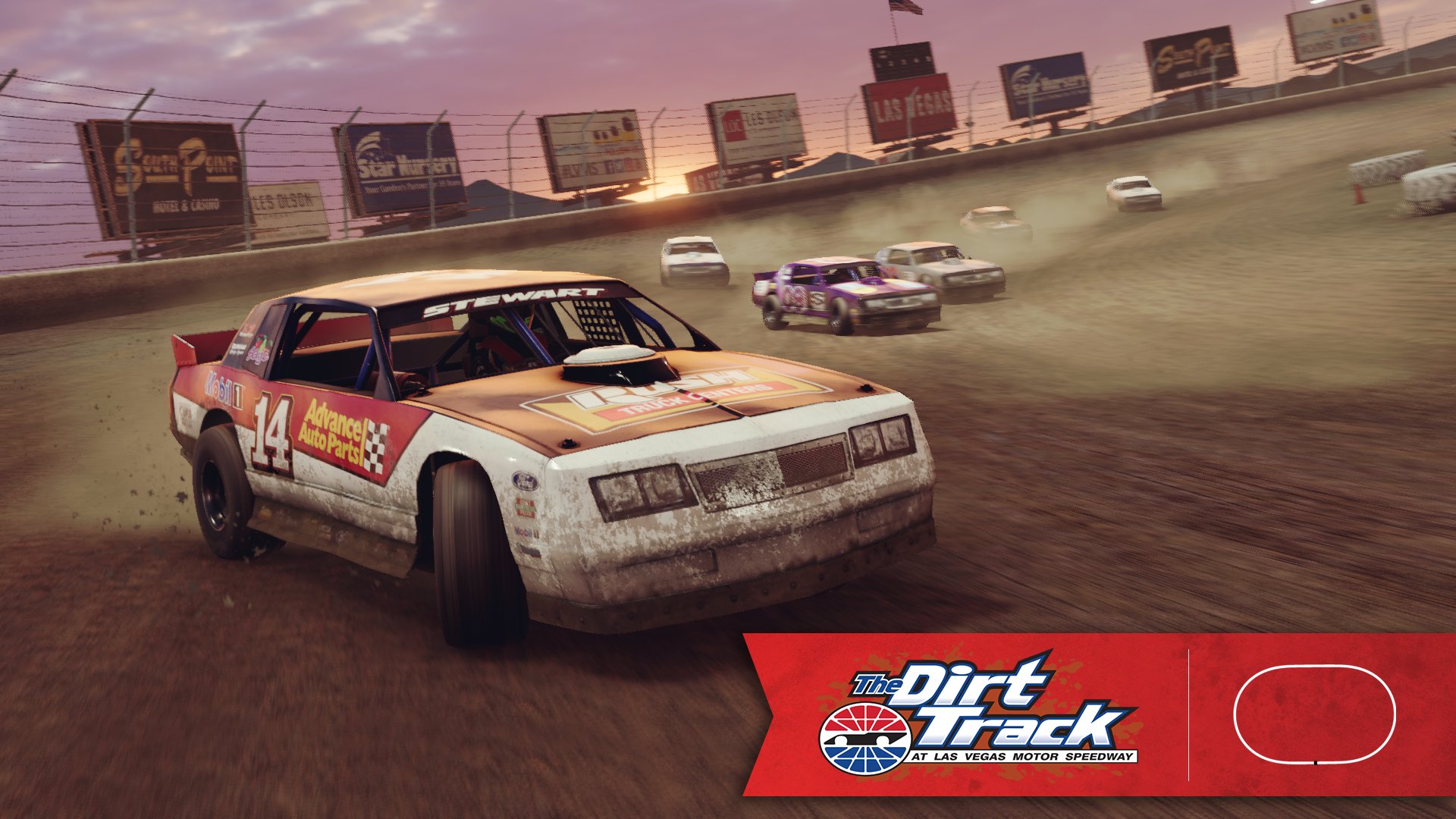 Monster Games will release their dirt track at Las Vegas Motor Speedway on Friday, November 6, available for all series and modes for $4.99.

RED4424 has posted a video preview of the track on his YouTube channel.

Just in case you missed it, the Late Model Series pack was released recently, for $9.99.

Expand your racing empire by starting a Late Model team in Career Mode, and then see how you compare in Online Multiplayer. Run some practice laps in Quick Race, or compete in a Late Model Championship.