Codemasters today gives players the tools to create, share and discover with the inclusion of Playgrounds, the latest new feature in DIRT 5, coming to PlayStation 4, the Xbox One and the Xbox One X, and PC (via Steam) on October 16. Xbox Series X and PlayStation 5 will follow later this year with Google Stadia coming early 2021.

Playgrounds allows players to design, create, edit and race on custom arenas and instantly share with the world. Using a vast suite of objects from bumps, kickers and ramps, to loops, tunnels and rings of fire, players can get creative with endless possibilities. Start with a blank canvas inside the iconic Cape Town Stadium in South Africa or take to the open space of the Arizona desert. From there, players can choose from three exciting game modes:

Once happy with the design, choose a vehicle, complete the event, create a thumbnail using the in-game Photo mode, and upload. Players from around the world can download the Playground and post their best scores to the leaderboard. The only limit to a player’s creativity is their imagination. 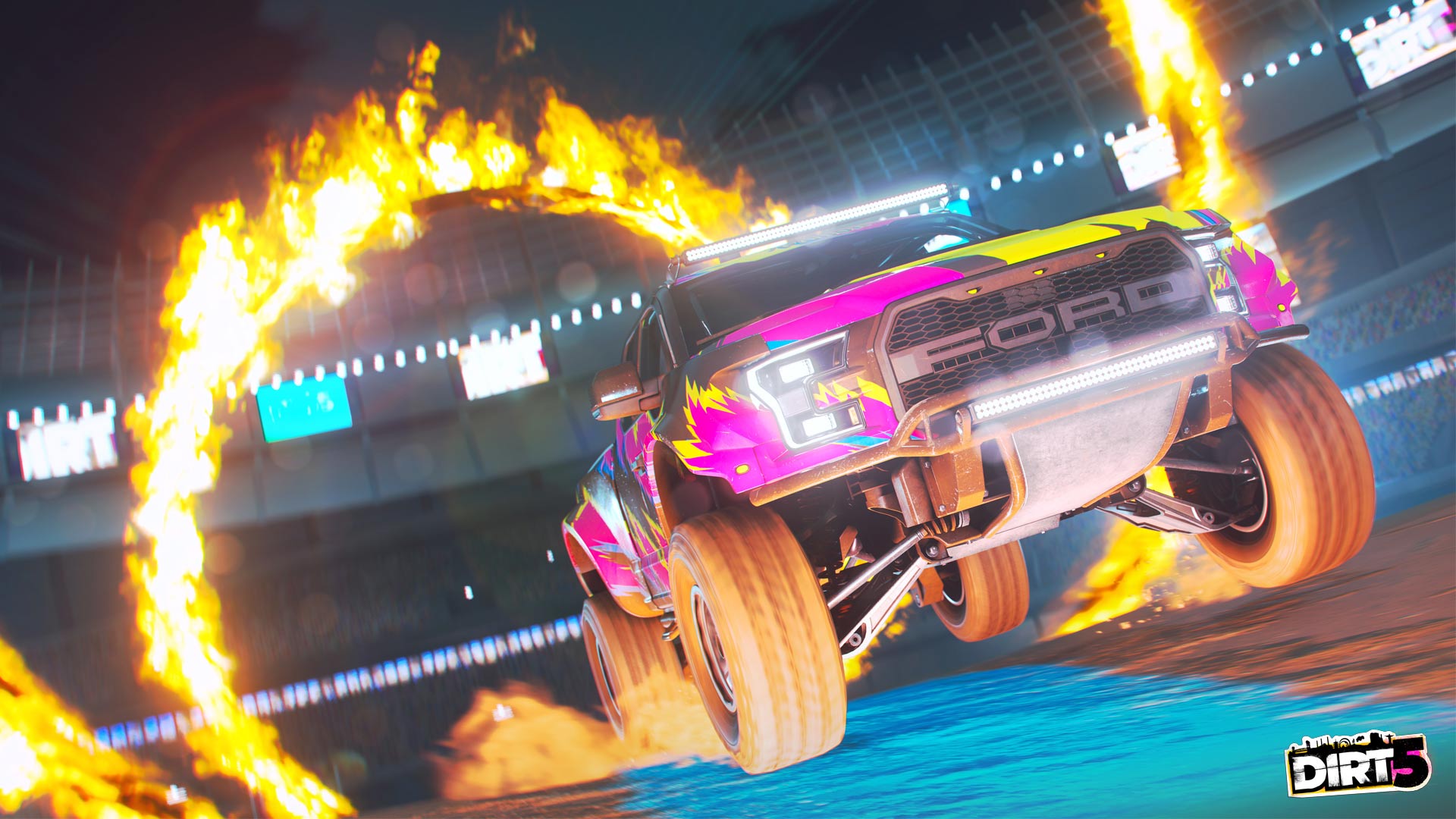 For those who want to get straight to the action, the Discover menu is the place to go. The Featured category hosts ever-changing arenas that the studio recommends and curates. The Top option gives players instant access to the highest-rated challenges from the community. For players who can’t decide, Lucky Dip serves a menu from all three game modes.

“Playgrounds is something we’ve wanted to share for some time. It’s unique for the DIRT franchise and, with endless possibilities, we can’t wait for our players to get creative,” said DIRT 5 Development Director at Codemasters Robert Karp. “We still have more to come so keep your eyes peeled for more exciting DIRT 5 news and check out the tease at the end of the Playgrounds trailer.”