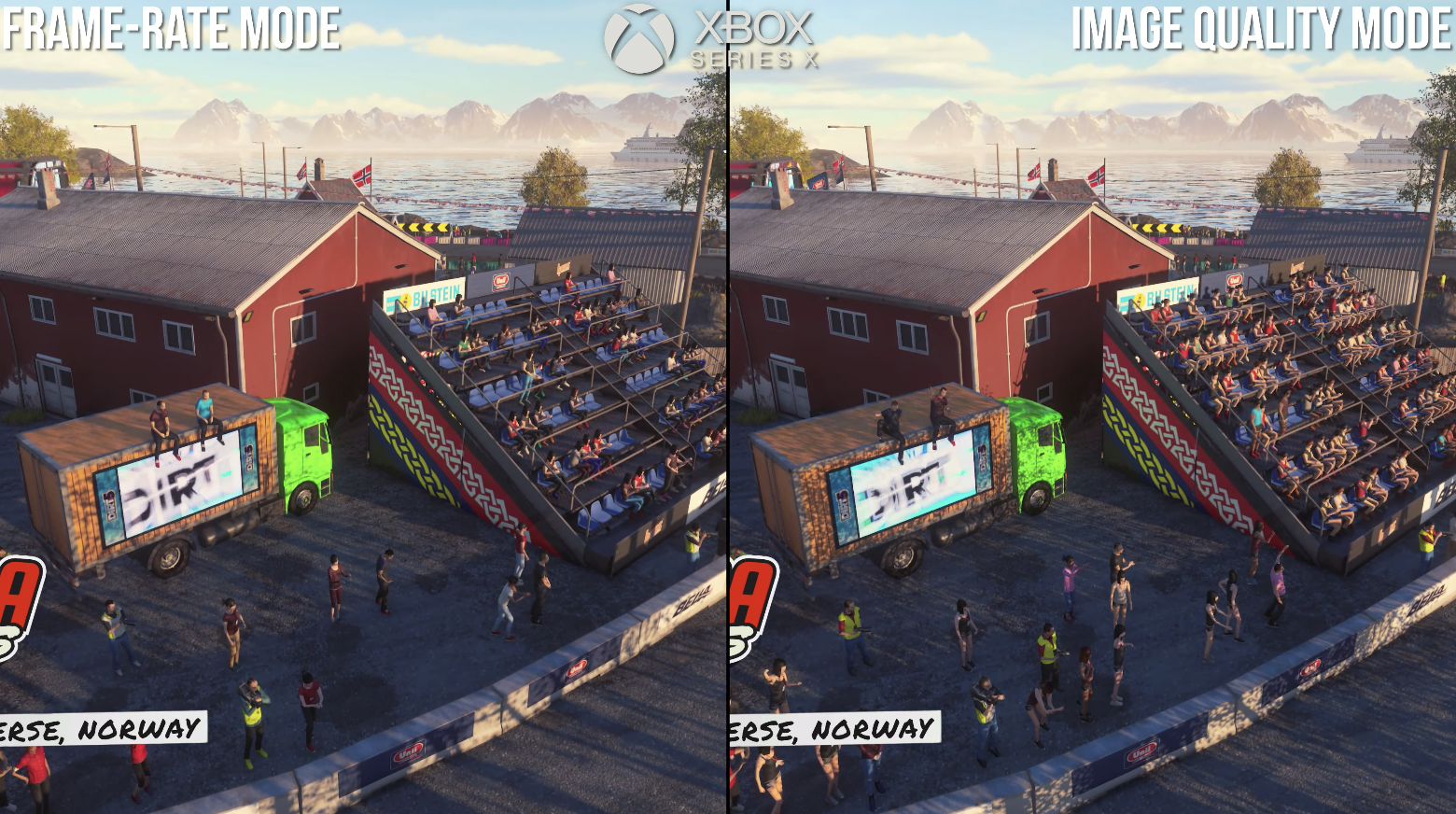 Digital Foundry has posted their DIRT 5 hands-on preview of DIRT 5 on the Xbox Series X, along with the embedded video below.

Effects and physics are also impressive. Procedural dirt and damage play a huge part in adding immersion to a race. Mud splatters, and dust rises behind the tires of your competition. All of the rising debris builds up on car bodies as you go, which deform and crumple on impact. All told it’s an impressive spectacle at a starting grid – 12 cars can create absolute havoc on muddy tracks. Much of the physics engine is built in-house – for tyres and suspension – and that’s not to mention the impact these vehicles leave on the track themselves. Tyre marks build up on icy circuits, while snow deforms realistically using a geometric model to simulate volume. Again, everything feels far more dynamic than previous Dirt games, and apt to change along with the weather.

Make sure to watch the videos in Google Chrome or a browser that allows you to view them in 4K.

GameSpot has also posted their DIRT 5 hands-on impressions from the Xbox Series X version of the game, along with the embedded video below, which goes through some of the career mode, showing off Icebreaker, Ultracross, and Land Rush races.