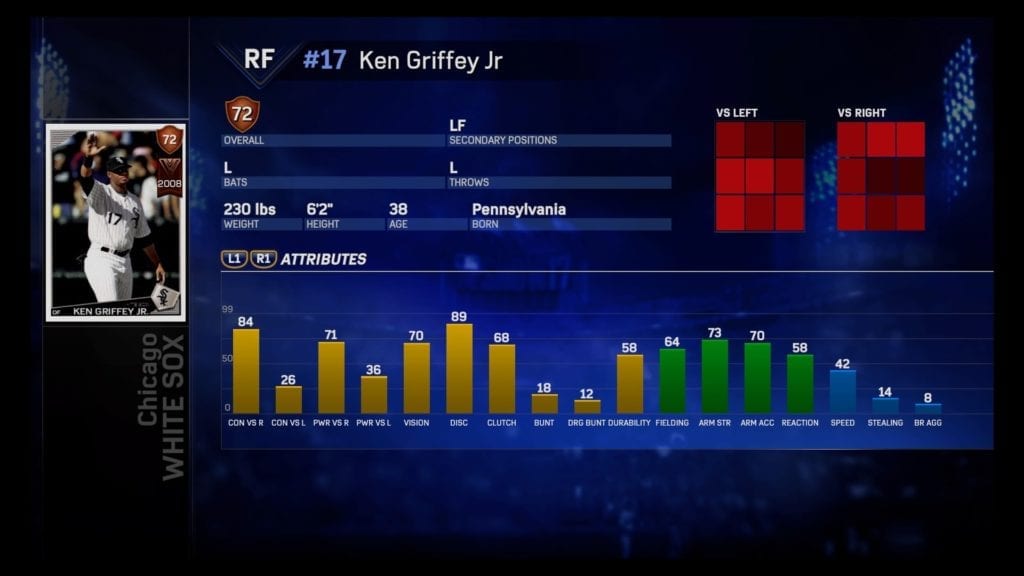 The Veteran Legend Ken Griffey Jr. card has been released in the Ticket Counter, which means people who pre-ordered MLB The Show 17 and already have Rookie Legend Ken Griffey Jr. can now (in theory) complete the Diamond Program to unlock the MVP Legend Ken Griffey Jr. (99 overall). The Diamond Program tied to this MVP Griffey card still takes many other steps, and you will need to be Gold level 1 and have 5,000 Tickets to purchase the Veteran Griffey, but at least some folks out there who had been grinding and waiting for this card to be released should now be able to snag one of the best cards in the game. If you don’t currently have the Rookie Griffey, the developers at Sony San Diego have said the card will be released at some point, we just don’t have a date as of yet.

In terms of the roster update, it was a relatively tame one this week, but we still have some players moving between tiers: