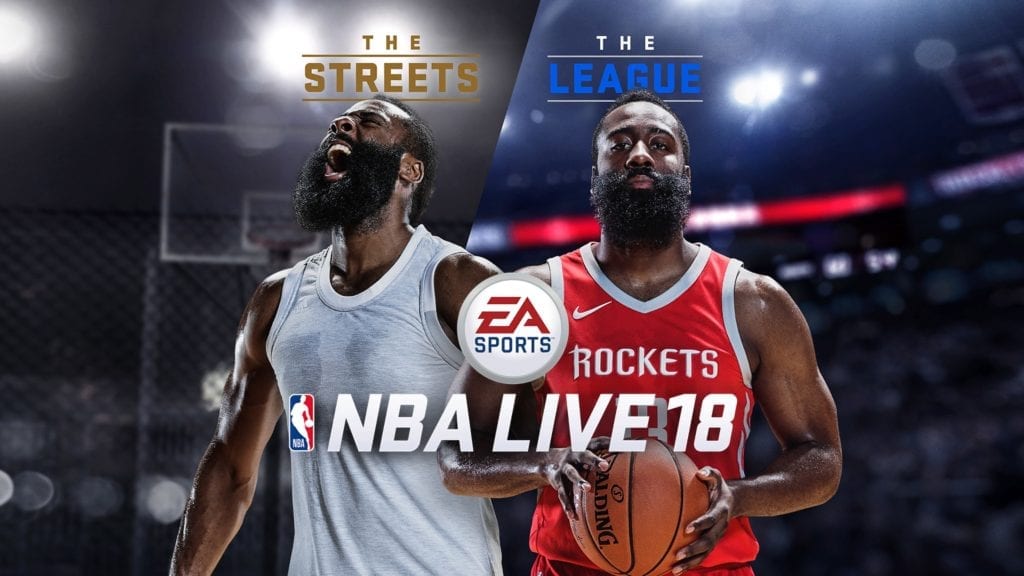 NBA Live 18 marks the return of a once triumphant and dominating game to the basketball sim scene. I had the privilege of playing the game in advance, as I was invited out to EA HQ alongside several of my peers (many of you have also been playing the game for about a week now). One of the first things that was expressed to me about NBA Live 18 was that there was the utmost importance in completely deconstructing the game and last effort (NBA Live 16) as a whole to rebuild Live 18 from the ground up. With the release of the NBA Live 18 demo, and having a second extended playthrough now in my pocket, I’m going to break down what works so far and what needs some work in order for the NBA Live series to sustain itself and be a viable title. Let’s get going.

Arguably the biggest part of NBA Live 18 is the new career mode, The One. The demo lets you start your journey at the beginning with “The Rise.” In your sophomore year you suffer a season-ending knee injury, tearing your ACL, meniscus and spraining your PCL. After some well placed discussions between Stephen A. Smith and Max Kellerman on ESPN’s First Take (a very nice touch) your player makes a nice comeback from your injuries but needs to work off some rust. Your fellow teammate from college and friend, Nick Howard, texts you and from there begins your road to becoming The One.

One thing that was looked at during the creation of The One was what the biggest RPG and co-op games were and how they were played. The dev team also examined the ecosystems of these games. Destiny and Overwatch were mentioned several times as my peers and I were introduced to the mode. You quickly understand the references in the demo when the skill level and trait systems are broken down for you. They are both very RPG-like and work well for you. Increasing your skills (or attributes, for easier understanding) for your player is done by earning Skill Points (SP). You can earn these through in-game performance and by your interaction(s) with various characters throughout the story. You gain one SP for every level that you gain, which is done by playing well in games and increasing your player level through Experience Points (XP). Traits are predetermined based on the position (Guard, Wing, Big) and player class selected when you create your player. You have two separate trait trees for your build to be used in The League and The Streets. This is a solid approach in how you build your character, as it allows flexibility in the way you task out your traits for each place that you can play at. You get three traits per branch, which are unlocked as your player levels up. To make sure your player looks as flashy as possible, Reward Points (RP) are also earned based on in-game performance and conversation. These RP are used to buy crates from the Store or for buying individual items. After playing through The Rise, I can definitely say that the mode is quite fun and looks like it offers good depth. Taking your character online for a Live Run with friends is also nice as the variety of player types can work with or against each other when you team up. It looks like this mode could be as sweet as a Steph Curry 3-point swish.

What Else Does the Demo Have?

As this is the demo, there are enough game modes to let you have a good feel for the game. The modes that we don’t see in the demo are Pro-Am Tour, Franchise and Ultimate Team. It’ll be interesting to see how deep the franchise mode is, as that game mode is always a big draw for sports games. Pro-Am Tour looks to be intriguing as well and seems to offer another game mode that adds to the depth of the game.

Building a House With All These Bricks…

One thing that catches your eye right away are the graphics of the game. Some of the player faces and models look absolutely beautiful. In basketball, when a player tosses up a bad shot or consecutive bad shots, that’s known as a “brick.” Unfortunately, the same thing that stands out right away, the graphics, also help to show the flaws in the game among other things; we really start to see Chuck Hayes bricks galore. Superstar players and their likenesses are pretty accurate and beautiful to look at. Beside this group of players, a lot of other player faces don’t look like their real-life counterpart much, if at all. DeMarcus Cousins does not have the same body type and size as Kevin Durant. LeBron James is almost twice the size in term of muscle as James Harden. Despite these facts, player models all generally look nearly identical.

As seen in some of the early videos and trailers of NBA Live 18, some animations in the demo look downright weird and wonky. Player movement, dribbling and contact feels very “floaty” at times. In one instance of play, Kevin Durant picked off a pass I made to the wing, but it looked like he floated into the passing lane on a Flying Nimbus a la Dragonball Z.

When playing, it almost feels at times like you can get to the basket and score at will. I didn’t really start to feel challenged until I stepped up the difficulty to Superstar when running a “Play Now” game. Getting a dunk off can be had after a few bumps to pass your defender. Contact layups go in at too high of a percentage; reverse and fancy layup animations are also pulled off far too frequently. It’s quite infuriating when you legitimately play good defense and the player with the ball either barely gets around you or drives to the basket into heavy traffic…and gets a full on contact layup in without fail. The logic in terms of passing needs a good bit of work, as you can still manage to get your pass to your man at a high rate despite the fact that he’s either not in a good position to receive the pass or the passing lane is covered and the defender doesn’t go for the ball. Contested shot logic also seems relatively non-existent. Players hit contested shots often, and going hand in hand with the contact layups, contested drives to the basket are going in at a high frequency.

One thing I’ve also come to notice is that the Post Anchor play style is way too overpowered. Players using this play style can easily back down or get post position on a defender deep in the paint and get an easy layup or dunk. They’re currently almost unstoppable on offense.

The development team and EA Sports are trying to make a case to stay relevant when it comes to sim basketball gaming. The NBA Live 18 demo offers a good experience when playing The One and its seemingly immersive story line, but there is still a good deal of work and a ways to go before Live can say that the franchise is back on track to redeem the glory of their heyday. While I realize this is a completely rebuilt game from the ground up, the Live dev team came into this year’s iteration of the game knowing what their big problems were from NBA Live 16 and had intentions to remedy those while attempting to put out a better product this time around. There’s still a few weeks before the full release to improve and tweak the game to deliver a nice final product.