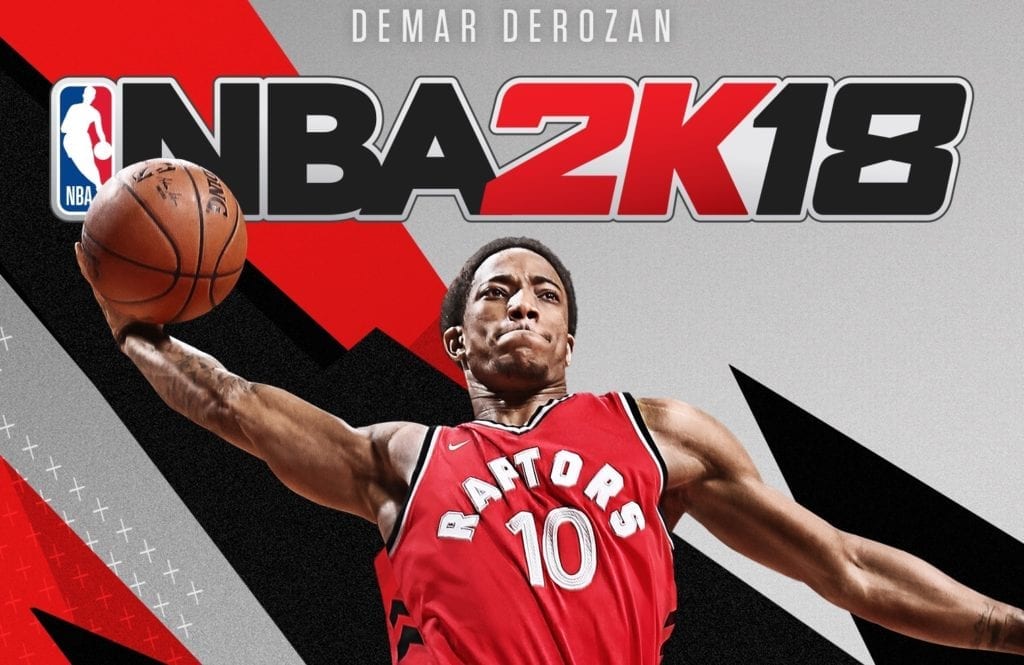 2K today revealed its first ever Canadian cover for NBA 2K since it was first released in 1999, featuring Toronto Raptors shooting guard DeMar DeRozan as the cover athlete on NBA 2K18, the latest iteration of the top-rated and top-selling NBA video game simulation series of the past 16 years*. The selection of “Heir Canada” also marks his own first cover for the series, capping off another dominant season where he led his team to a fourth straight playoffs appearance.

The honor adds to DeRozan’s growing list of accolades, which includes being named NBA All-Star three times and playing in both the 2014 World Cup and the 2016 Summer Olympics.

New York, NY – July 6, 2017 – 2K today revealed its first Canadian cover for NBA® 2K18, the next iteration of the top-rated and top-selling NBA video game simulation series of the past 16 years* available on September 19, 2017, featuring the Toronto Raptors’ shooting guard DeMar DeRozan. The selection of DeRozan also marks his first NBA 2K cover honor, coming off of a dominant season with the Raptors where he led the team to the NBA Playoffs for the fourth consecutive year.

“It’s a huge honor to be recognized on the first-ever Canadian cover for NBA 2K and represent the Raptors after eight years with the team,” said DeMar DeRozan, who finished the ’16-’17 season with a career-high 2,020 points. “The fans up here are super passionate about basketball, so it’s cool to help introduce a cover that’s just for them.”

Since being drafted to the Toronto Raptors in 2009, DeMar has been a crucial player for the team, giving repeat power performances and becoming Toronto’s career scoring leader with 11,456 points by the end of the previous NBA season. His other accolades include being named an NBA All-Star three times and playing in both the 2014 World Cup and the 2016 Summer Olympics.

“Canada has always shown tremendous passion for the NBA 2K franchise, so we couldn’t be happier to celebrate this by partnering with one of the NBA elite in DeMar DeRozan to create a NBA® 2K18 cover that’s uniquely Canadian,” said Alfie Brody, Vice President of Marketing for NBA 2K.

As previously announced, Shaquille O’Neal will be celebrated with the NBA 2K18 Legend Edition and Legend Gold, both available for $129.99 and $199.99, respectively, on PlayStation®4 computer entertainment system, Nintendo Switch and Xbox One. Using NBA 2K17 to Look Ahead to Free Agency
As the Dust Settles on the NBA Offseason, How Are the NBA Game Rosters Shaping Up? (Roundtable)