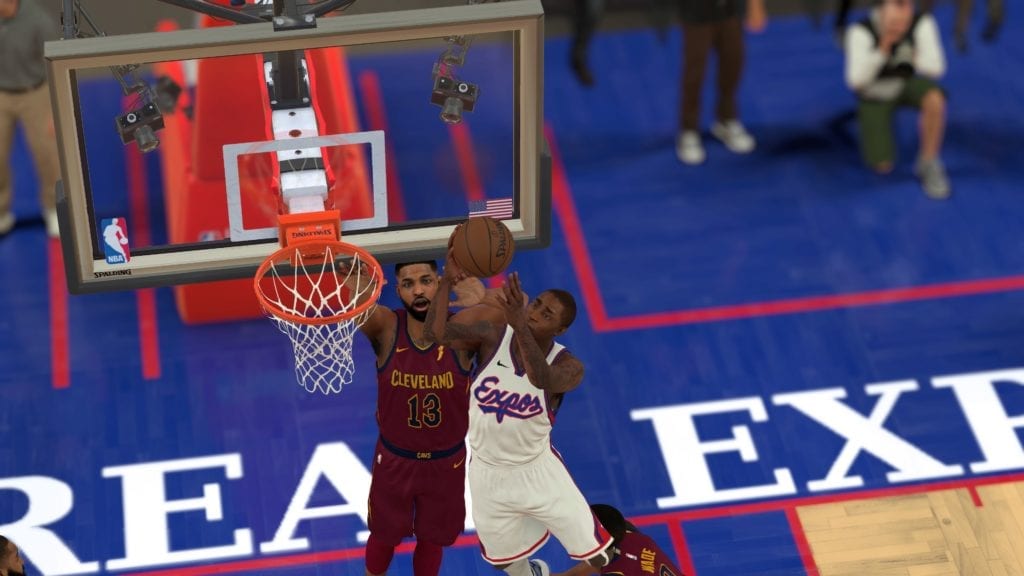 Writer’s note: This is the second piece in a four-part series on the expansion and addition of two new NBA teams: the Montreal Expos and the St. Louis Spirits, thanks to NBA 2K18’s MyLeague. The main focus is on the team I decided to go with, the Montreal Expos. I’m covering the year from the beginning of the 2017-18 season to just after free agency in the 2018 offseason. The majority of the season is simmed, games against top-tier teams are played and I’ll play one playoff game each round if the Expos make it through.

The St. Louis and Montreal arenas are ready, all the offseason excitement has passed, and teams are geared up and ready to get the 2017-18 NBA season underway. Let’s take a look to see how the Montreal Expos have fared through the first few months of the season.

Building Up The Roster And Coaching Staff

Choosing players to build up my new roster, I wanted to use a few approaches: best available, best potential, and as best a mix of both youth and experience that I could get. Keeping salary in mind wasn’t particularly of high importance as I was a new team and I could try to move overpaid players by trade if I wanted to. I worked through the expansion draft and came up with a final roster with a good youth/veteran mix, as well as some younger players with good potential. Here’s the team I ended up with after the expansion draft: 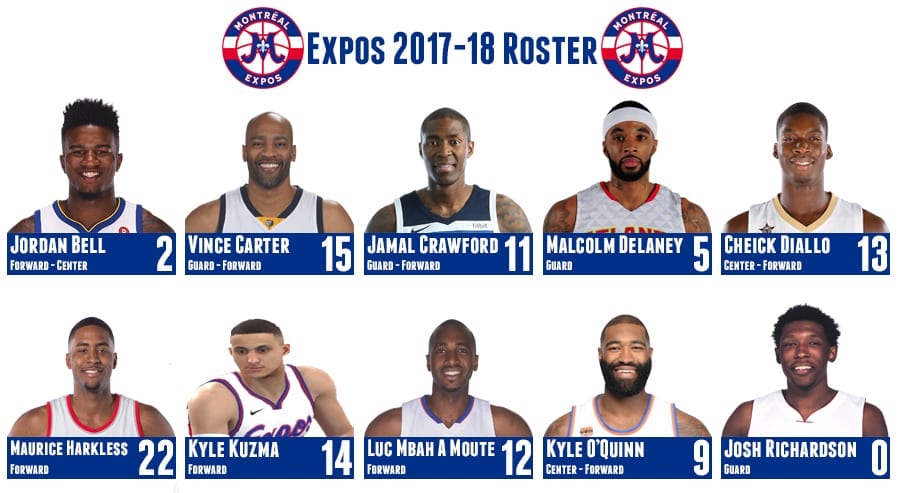 With this roster, I felt that I had a decent team to start off my franchise. Of course, as a new franchise with no big-name players or real stars, a team status of “Rebuilding” was the logical choice. Now that I had players, I checked on my new coaching staff. Most of the staff I had were all new to their jobs, but they had the potential to flourish into one of the best team staffs in the league –thanks to a good old edit of each staff member This is one of the beautiful things MyLeague allows you to do; full customization over every area in the league. Satisfied with what I had as a full functioning team, it was time to get the season underway.

Expos Come Out Strong But Lose The Battle 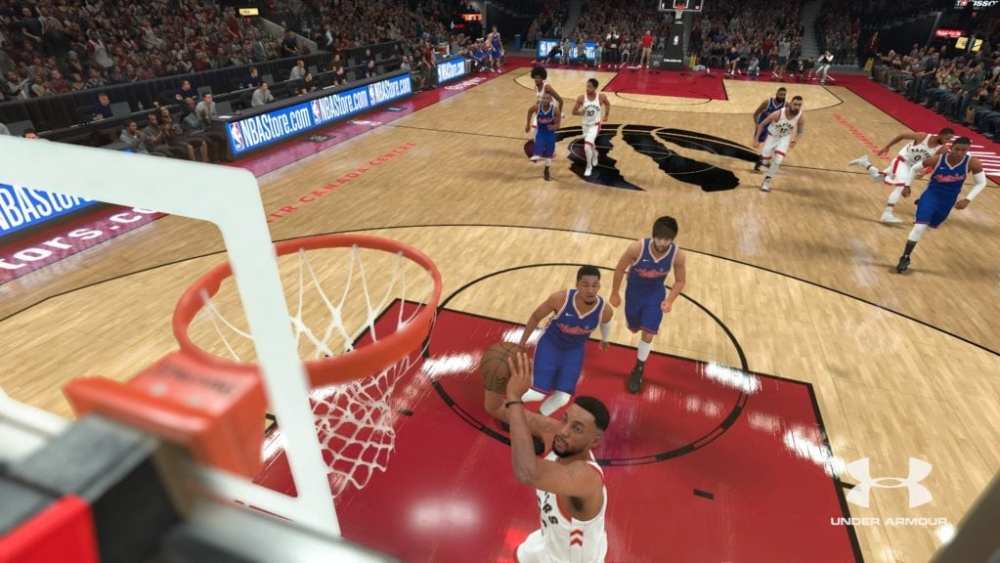 In what ended up being a tight battle from start to finish, the lead changed between both teams several times. Toronto took a 59-56 lead into the second half, and the second half played out just as tightly and defensively as the first half. The Expos fought hard in the third quarter and carried a 91-90 lead into the fourth, but their efforts fell short. Montreal collapsed and lost a 102-97 lead with three minutes left in the game. A strong performance from Demar DeRozan and the Raptors’ defense helped Toronto go on 8-0 run to take a 105-102 lead with just a minute left in the game. DeRozan finished the game with 35 points, 7 rebounds, 4 assists and 2 steals. Montreal’s best player on the night was Maurice Harkless who finished with 18 points, 3 rebounds, 3 assists, 1 steal and 1 block.

Montreal Dominates From Tip-Off, Cruise To Easy Win Against Thunder 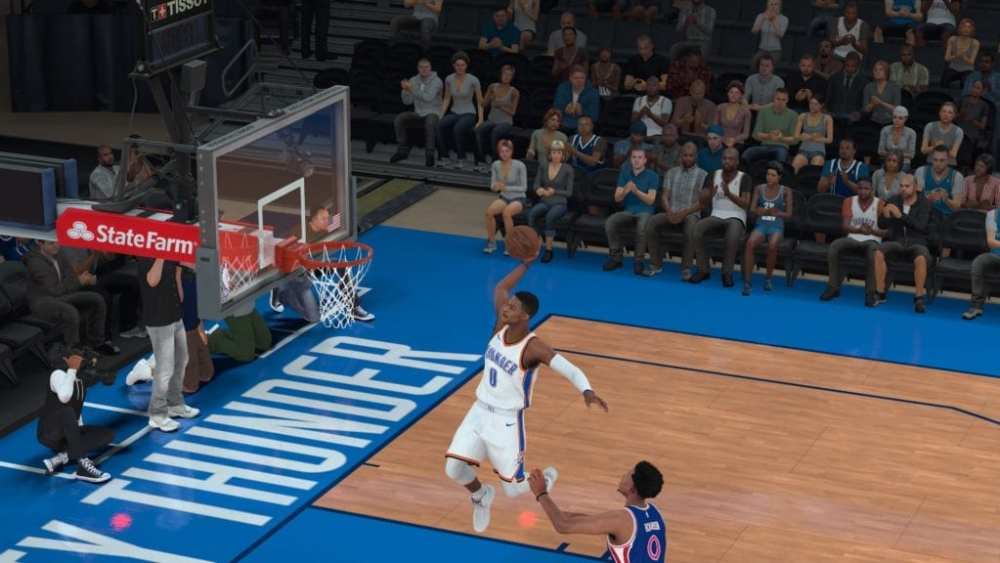 From start to finish, the Expos dominated a game they were expected to lose. Closing out the first quarter on a 10-2 run, Montreal carried their strong opening momentum into the second quarter and went into halftime with a 44-31 lead. The Thunder came out in the second half and put up a bit of a fight, scoring 28 points in the third quarter, but the shooting woes of Carmelo Anthony (2-11) and Paul George (5-14) really sank any chance of Oklahoma City attempting a comeback. Maurice Harkless and the Expos put up another 30 points in the fourth quarter to seal the win. Milos Teodosic was Montreal’s best all-around player scoring 9 points and adding 3 rebounds, 7 assists, 2 steals and two blocks. For the Thunder, Russell Westbrook led the way with 25 points, 7 rebounds, 2 assists and 2 steals. 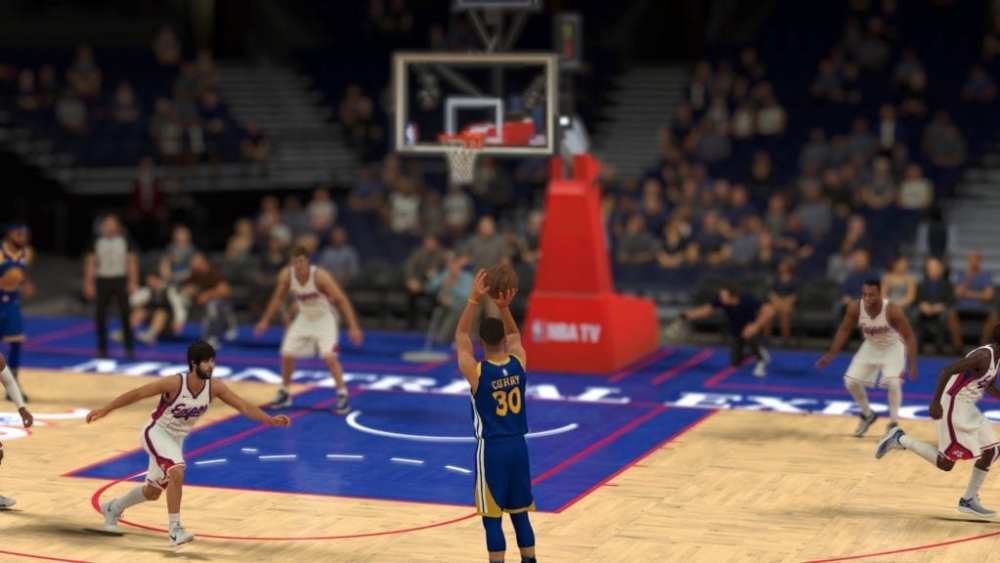 In a game in which Steph Curry had his way with the Expos, Montreal was just not capable of slowing the Warriors down. Golden State had five players reach double-digit points while Montreal only managed to have two scorers reach double digits. The Warriors started off the game and finished the first quarter with 31 points behind Steph Curry’s 3-4 shooting and 8 points. In the same first quarter playing five minutes off the bench, Kyle Kuzma tried to duplicate Curry’s numbers, scoring 7 points on 3-4 shooting as well. The Expos managed to take a 47-40 lead into the half after a big second quarter, but Golden State came out in the second half and showed why they were the defending NBA champions. Shooting 45 percent from the field and behind the arc, the Warriors showed out in the second half on their way to their 18th win. Steph Curry hit a 3 ball with 1:08 left on the clock and hit a dagger 3 ball with 43 seconds left to put the game away. Curry led the Warriors with a stat line to the tune of 22 points, 11 rebounds and 8 assists. Vince Carter carried Montreal with a line of 20 points, 6 rebounds, 1 assist and 2 steals.

Expos Run Over Spurs In A Rout 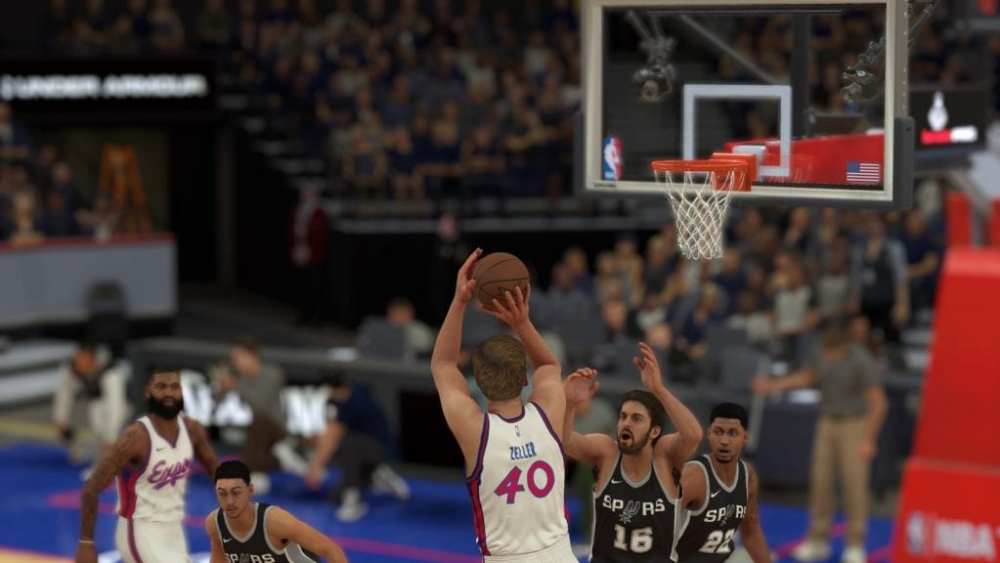 In an absolutely dominant team performance, the Montreal Expos simply outplayed and out-hustled the San Antonio Spurs to cruise to an easy win. Shooting 54 percent from the field and 40 percent from 3-point range, the Spurs had no answer to the hot-handed Expos. In comparison, San Antonio shot a paltry 35 percent from the field with a horrendous 23 percent from 3. Montreal was led by Cody Zeller, who had 21 points and 5 rebounds. Zeller had his way with the Spurs in the paint as both LaMarcus Aldridge and Kawhi Leonard were both out of the game with injuries. Spurs rookie Derrick White lead the team with 14 points, 1 rebound, 1 assist and 1 steal.

Stats And Facts Around The League

Hitting the Christmas break, let’s take a look at some of the stats and facts from around the league to this point. 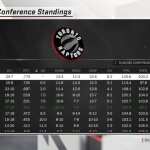 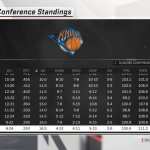 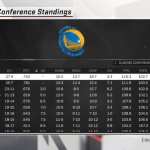 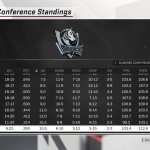 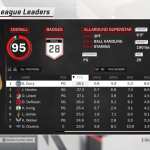 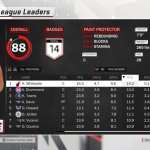 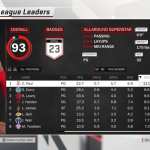 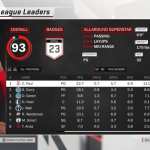 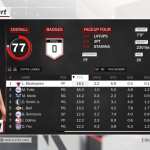 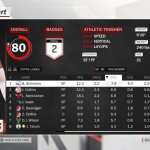 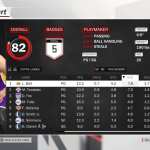 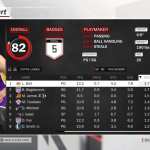 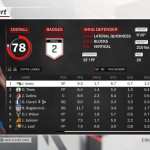 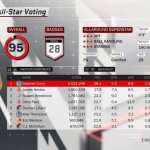 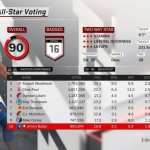 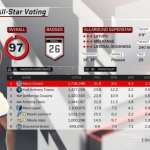 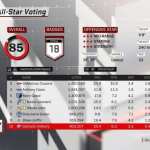 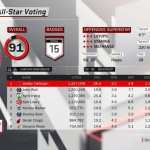 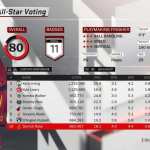 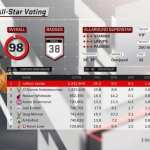 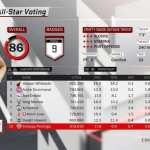 Through almost three months in the inaugural season of the Montreal Expos, the team sits at 17-16 at the Christmas break. The team was starting to build good chemistry and wasn’t doing that bad for a new NBA team. Ranking in at the six spot in the Eastern Conference, the team looked to be surpassing expectations. There was still room for improvement, and room for growth. What would the rest of the season hold for the team after Christmas? Tune in to part three to see what happens over the next few months of the season with the Montreal Expos!