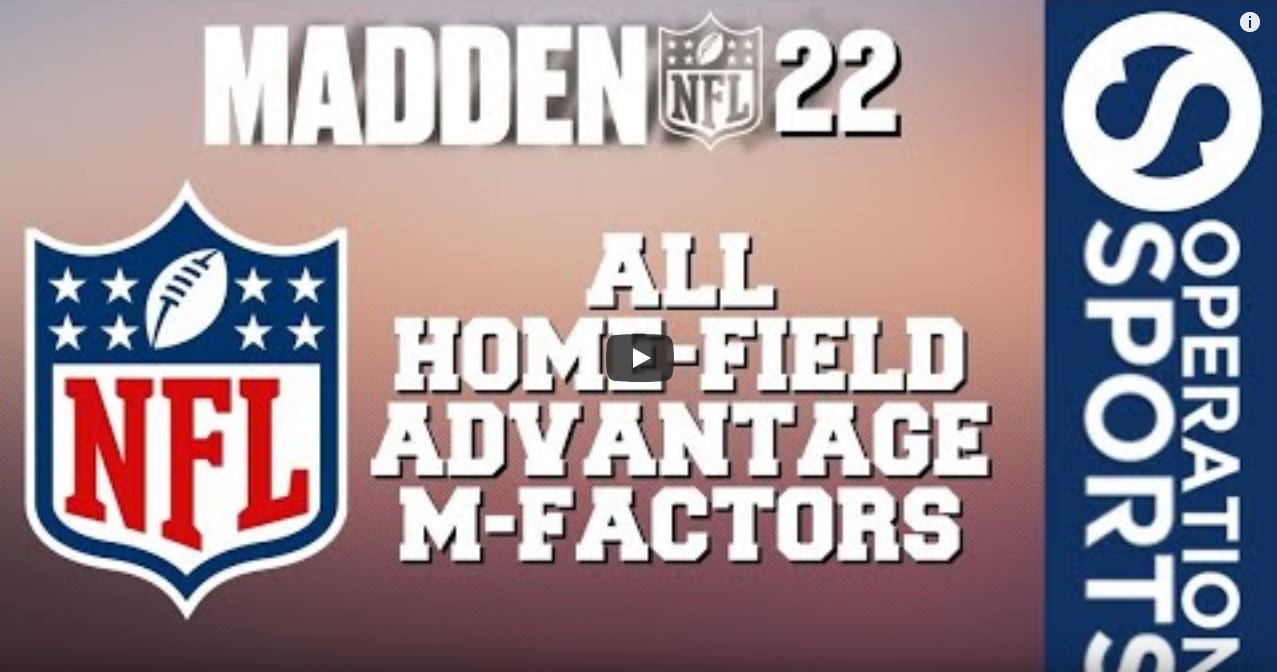 In this video, Brian breaks down all of the home-field advantage M-Factors, and how they will impact gameplay in all modes of Madden 22.

Josh has also posted his impressions of the Madden 22 beta now that it has wrapped up.