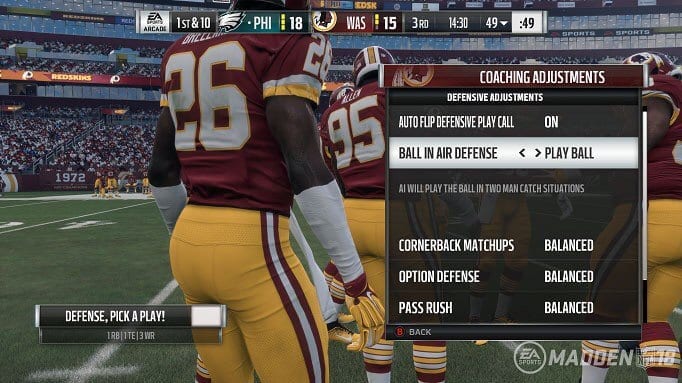 EA Sports today unveiled the list of coaching adjustments you’ll be able to employ in Madden NFL 18 in a new blog.

The coaching adjustments feature was initially in NCAA Football, and many of these are going to be familiar to fans of that series (we want you back!).

This collection of features, if implemented with the proper amount of effect on gameplay, could end up being a significant addition to the game. I personally didn’t use the NCAA adjustments much as I didn’t feel you were ever punished much for just keeping things balanced.

If there’s noticeable changes from balanced to conservative to aggressive this feature will make a lot of sense. I can see me using the cornerback matchups much more — though the game styles could get interesting too.

What do you think of the new adjustments?