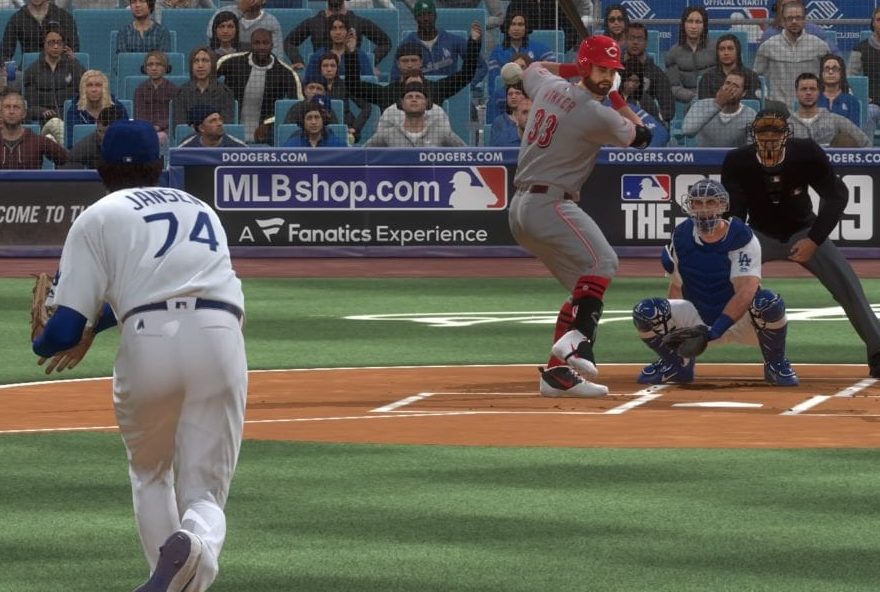 We here at Operation Sports pride ourselves on bringing you great sports game coverage. But moving forward, we are also going to be doing more community-centric projects along with our traditional coverage. We want to get to know you, the members of this site, because after all you are the ones who make everything we do possible.

Over the past decade, over 1 million dedicated sports gamers have registered and called the OS forums home. So it makes sense that we start celebrating the best and brightest in the community with a series of pieces.

Our first community piece is going to be an chat about the MLB The Show series with a long-time member of the OS forums. He is Matthew Gannon, or better known on the forums as countryboy.

OS: Tell me about how you became so interested in baseball and baseball video games?

Gannon: My grandpa got me interested in baseball. As many OS vets know, or may not know, he played in the Cardinals organization (minor leagues) during his prime. We grew up in the house next door to my grandparents, so naturally we spent a lot of time with them. Papa would always play T-ball/Wiffle Ball with us when we were younger, and it just graduated to more advanced baseball as we grew older. I instantly liked the sport, so it was a natural fit for me. Also enjoying video games, to enjoy playing baseball video games just made sense at that point.

OS: So what was the first MLB video game you ever played?

Gannon: My first MLB video game was Major League Baseball on the NES. You had all the teams (26 at that time) and it had actual players, although it was by number only, no names. My brother and I drew up our own schedule (wasn’t 162 games..lol) and played it out in that game.

OS: When did you realize the show was your favorite baseball game?

Gannon: Probably the first time I played it, which was MLB ’06 The Show. The game just captured the sport so well. It wasn’t flashy or gimmicky, it was just what was pure and innocent about baseball. I played it that year and have every year since.

OS: Do you still get that special feeling anticipating the game’s release and celebrate release day as it’s a major holiday?

Gannon: Oh, absolutely. I still take off the week of release. It’s a big thing around the office where I work in relation to when The Show is releasing because I’m going to be off and people schedule vacations, and meetings, accordingly.

OS: What is your favorite MLB The Show game?

Gannon: As cliche or cop out as this may sound, MLB The Show 19 is by far my favorite version of the game. The gameplay is so good in this game this year. Couple that with the improvements to presentation, and on the field the game is easily the best baseball game that I have ever played.

OS: What baseball game other than The Show is your favorite.

Gannon: All-Star Baseball. I loved that series. That was my main baseball game until it was discontinued, which broke my heart. It also led me to trying out MLB ’06 The Show. The similarities between the two made the transition fairly easy. Both captured the intricacies of the game so well.

OS: Do you always play as your favorite team in franchise mode?

Gannon: Yes. I cannot play with anyone else but my Cardinals. In the All-Star Baseball series I would have two franchises though, to take advantage of the expansion mode in the game. I would generally play as the Cardinals in the NL and then the Louisville Horsemen in the AL.

OS: What is your favorite mode in The Show?

Gannon: Franchise mode by far. I don’t dabble in RttS and rarely will I play Diamond Dynasty. Franchise mode in any game is my favorite as I love the idea of building a team my way with what I consider to be the right way to win championships. Since the addition of carryover saves, it has made this mode that much more valuable to me because I don’t have to start over each year. I can continue with the team I’ve created and become attached it to over the year.

OS: And to close things out could you just tell me a little bit about where you see the game going as we approach the next-gen systems. And how you view your relationship with The Show as it moves forward.

Gannon: I think as we advance to the next-gen console (PS5), MLB The Show will finally include some of the biggest community requests (Expansion/Create-a-Team/Create-a-Stadium) as well as some of the things hardcore franchise players, such as myself, have desired over the years (rotating interleague schedules, expanded rosters, expanded stats, cash trades, international signing period, more robust injury system, and so on). Gameplay wise, I’m not sure what is next as I think it’s pretty darn good now, but I would think we would see collision detection among players in the field, more fluid animations and things of that nature.

And I will be there day one to buy the debut title of MLB The Show on the next-gen console (PS5). I haven’t missed buying/playing a version yet, and I’m not about to start with the initial release on next-gen hardware.

I would like to thank Matthew for taking the time to talk to us about his love of baseball and MLB The Show. I’m sure many of us feel the same way about the sport and the game. This will just be the first piece of many more community-centric articles. Look for more interviews with other members and their feelings, both good and bad, and contributions to all of the sports games we cover on OS. We’ll try to highlight various folks, such as people who create slider sets, rosters and much more. Tell us in the comments who and what you wanna see us spotlight next.