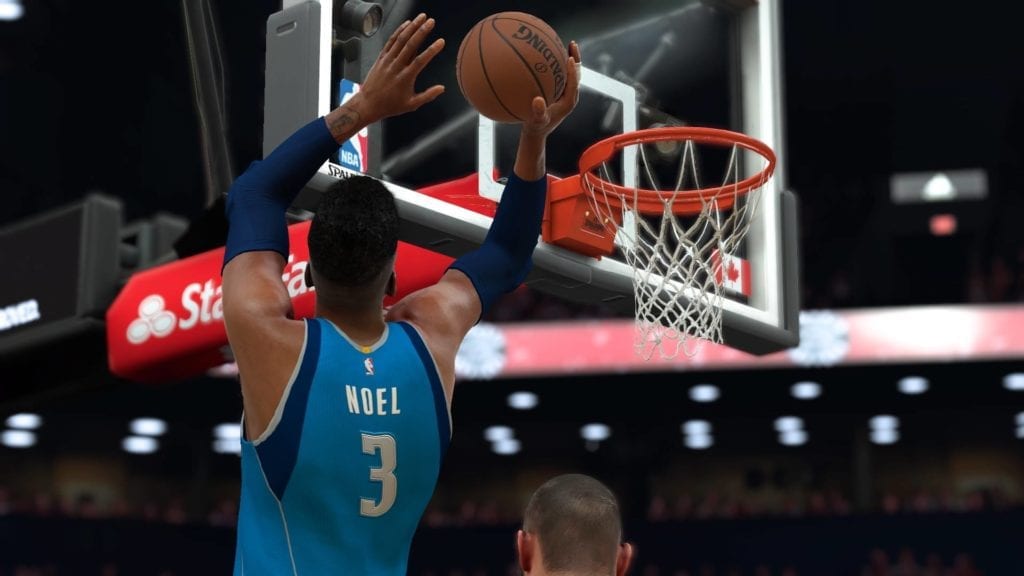 With the trade deadline now behind us, talk has shifted to what this means for the rest of this season and beyond. Murmurs about the future of Jimmy Butler and Paul George will be silenced, at least for now. Instead, we can shift the conversation to something a little more substantial, and that is to consider which teams did the most to help improve future.

But these trades have an impact on something far more important than that: how does it change who we use in NBA 2K17? Let’s take a look:

When I went to sleep after the All-Star game ended, there were rumors that Cousins was headed to New Orleans. Given that there seems to be a new Cousins destination each week, I didn’t think much of it, especially since I knew that, without including AD — which they absolutely would not do — New Orleans didn’t have a good enough package to put together to get him. It turns out that the Kings didn’t care and shipped out one of the 10 best players in the league (albeit with the obvious concerns) for a sack of magic beans and a broken Game Gear.

The first thing I did when I got home from work the next day was fire up the PS4 and take a run with the Pelicans. You guys aren’t going to believe this, but they are a lot more fun now! Yes, it’s true that the dual-big days of the ’80s and ’90s have gone by the wayside in favor of shorter power forwards who can shoot from long range. But this isn’t Bill Wennington paired with Greg Ostertag. We’re talking about two of the best players in the league today. Plus, both Boogie and AD are very athletic, can shoot from deep, and can switch on D to cover smaller players.

The Pellies are a bit thin after this trade (especially after cutting Casspi due to his injury), but if you want to have some real fun try this out: Use the Start Today feature for MyLeague, sim to the offseason and build a new team around AD and Boogie. My first try, after some signings and trades, I had Patrick Beverley and Kentavious Caldwell-Pope join the fray. My second try? Re-signing Jrue and signing…Kevin Durant. Yes, it’s as ridiculous as it sounds.

As for the Kings? Um… beats me. Management’s argument is that Sacramento needed a culture change, and the first necessary step was to dump Boogie. There is some validity to that, but it doesn’t translate to 2K. Without Cousins, the Kings have zero appeal in quick games. Heck, even in MyLeague, there isn’t much there. Buddy Hield is a nice young piece, but DeMarcus Cousins he is not. For the Kings, the best outcome is the Pelicans don’t figure it out this season and they get as close to the 4th selection as possible with that Pelicans pick.

These two trades were not at all related, happening several days apart, actually. But by far the most interesting aspect is the common thread here, and that’s the Toronto Raptors. Yes, you lose Ross and Sully, but you gain Tucker and Ibaka. The Raptors were one of my favorite teams to use before the trade, and this will only help. Ibaka is a huge upgrade as you can move Patrick Patterson back to the bench, where he’s much more effective, while significantly cutting minutes for the rest of the under-performing bigs. Tucker isn’t the three-point shooter that Ross is, but he’s a much better defender. You can also go small with an Ibaka/Tucker combo or Ibaka/Patterson combo — both a wonderful change of pace.

The Suns sort of remain at status quo. They are a fun, young, athletic team. Losing Tucker for nothing hurts (Sully was released), but the rest of the roster is still solid from a video game standpoint. They are still fun for quick games, with enough picks and young pieces for an appealing MyLeague team.

Sweet Lou is now Sweet Hou…ok, I’ll stop. But this was an underrated, sneaky-good trade that flew under the radar of the Cousins/Ibaka deals. Houston, an already deep team, just became deeper. Corey Brewer’s minutes had been up and down under Mike D’Antoni (that’s what generally happens with bad players). Lou Williams, on the other hand, fits perfectly with what the Rockets want: three-point gunners. The Rockets were already one of the most fun teams to use in 2K17, and they just got better. With James Harden, Patrick Beverly, Ryan Anderson, Eric Gordon, Trevor Ariza, and now Lou Williams, the Rockets are the biggest three-point threat in the game.

Brewer is still a solid player in 2K, so this isn’t a total loss for the Lakers. They definitely take a hit in terms of 2K style, but if MyLeague is more your speed, then the first-round pick fits your long-term planning much better than Lou Williams.

This trade makes me want to give Dallas a try for the first time. Noel is long, athletic and fun to use — pretty much the opposite of Andrew Bogut. Dallas now has a sneaky-fun starting five of Yogi, Wes Matthews, Harrison Barnes, Dirk, and Noel. You aren’t winning a playoff series, or even making the playoffs with that lineup, but for some burn in 2K? You could do a lot worse.

For Philadelphia, this was selling low on Noel. Clearly Noel is not in Philly’s long-term plans, and they didn’t want to pay him in restricted free agency, and that’s all fine. However, he was a top lottery pick and is a promising defensive star, and they could only turn that into Justin Anderson and a heavily protected pick? If the Sixers held onto Noel to see if Embiid would be healthy, that’s still a misstep as Embiid will remain an injury risk even after making it on the floor this season. In short, not wanting to pay Noel isn’t the issue, it’s that they waited too long and lost their leverage. A few more moves like this and the Philly faithful might start clamoring for Hinkie to return. Philly hasn’t been that fun to use in years (everybody keeps getting hurt!), and they’re even less so now, at least in quick games. For MyLeague, you’ll still have a ton of assets to work with, and Ben Simmons and Joel Embiid will be healthy.

The Thunder, meanwhile, acquired some pieces to put around Russell Westbrook as we near the home-stretch of the regular season. The Thunder were ridiculously light on shooting, so much like Payne in Chicago, Dougie McBuckets will likely have the green light in OKC. Pairing Taj Gibson with Steven Adams forms one of the toughest front lines in the league.

The Bulls are definitely a much less attractive option in NBA 2K17. Gibson was a defensive beast who gobbled up rebounds. Morrow’s value in 2K is much higher than real life this year. He’s shooting just under 30 percent from downtown this season, but he remains a solid option beyond the arc in-game. OKC, on the other hand, became a bit more attractive to gamers. Gibson and McDermott are huge upgrades over what they sent out, even if losing Payne hurts the Thunder’s PG depth.