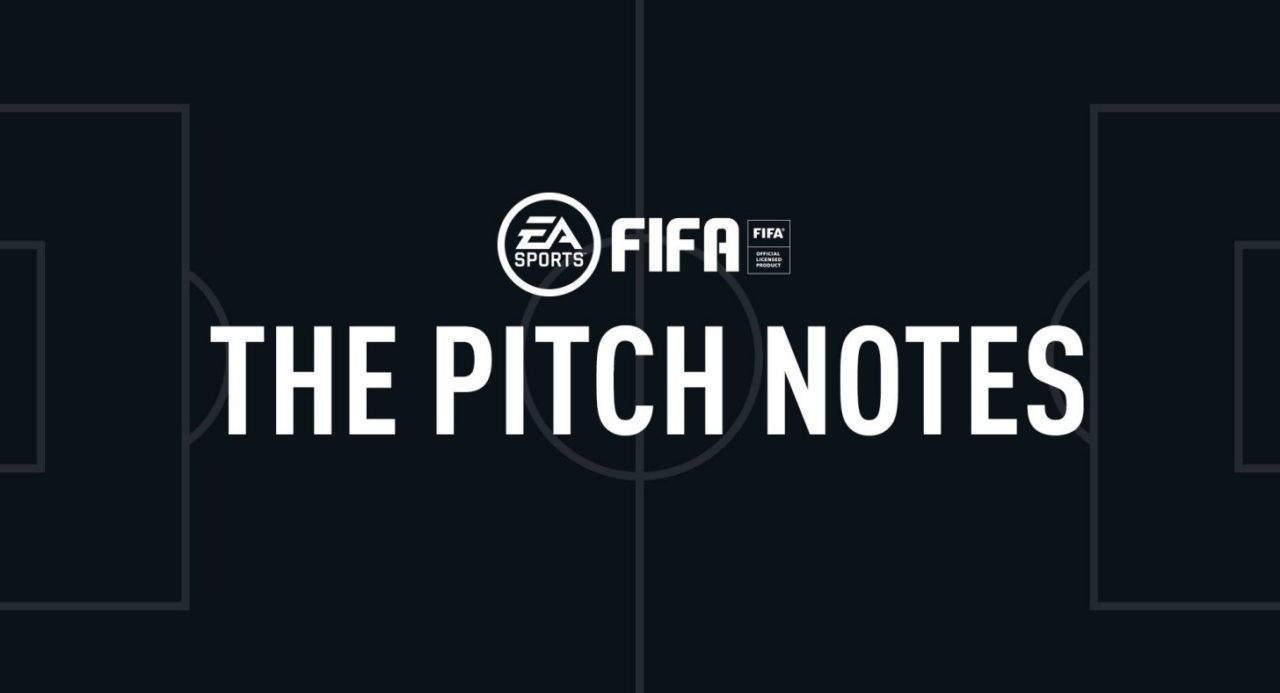 FIFA 20 news has been slow to roll out thus far, but late last week we got two significant updates. First, the Women’s World Cup was patched into FIFA 19, and secondly, the FIFA 20 “Pitch Notes” dropped with insight into what the developers are looking to accomplish with FIFA 20. With EA Play right around the corner, let’s dig into these “Pitch Notes” line for line. 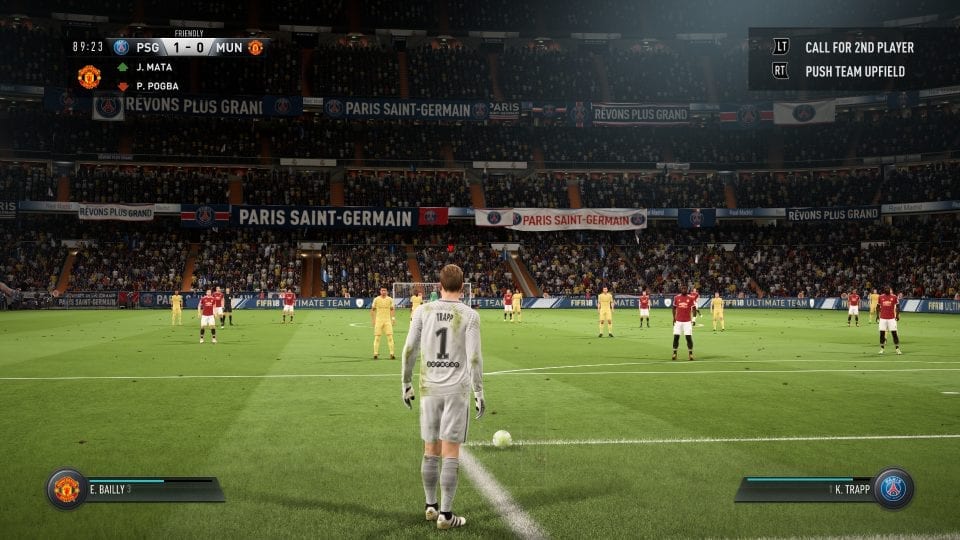 Renewed Defending System – Needed! AI Defending in FIFA 19 is easily exploitable due to its predictability. Taking out defenders with 1-2s is still far too easy, and the physicality of defenders isn’t where it needs to be in 2019. Tactical Fouls (a foul button perhaps?) could help to prevent FIFA 19’s most utilized form of attack, counter attacking, but as of right now there’s little you can do to combat it. Better communication between the two back banks (defenders and midfielders) could also be improved by allowing less space in between the lines. Tactical defending as an option online should also be looked at in FIFA 20, assuming it returns with the proper balance (stamina hits, injuries, etc.) to offset the pressure-spam button. All-in-all, a new defending system is a welcomed addition and hopefully we’ll receive more updates in the coming month.

Planned Tackling – Tackling in FIFA 19 is a mixed bag. On one hand, ratings matter. Don’t think so? Try lowering a player’s tackle rating into the 30s and you’ll see how the button input plays out. Not only will be it less responsive, the actual animations will reflect someone who is poor at tackles with lunging attempts and various other unorthodox animations playing out. While that aspect is fairly well done, the ability to tackle is also an attempt at balancing attacking, particularly as players get in close proximity where most standing tackles are attempted. Unlike PES, where there’s always a slight delay after tackles, FIFA generally has more 50-50 balls but they’re still not enough. That’s where the new language “kicking a ball to a nearby teammate” scares me a little. Tackles like this are not common, and in a game where most players use assisted controls, tuning tackles to reduce 50-50 balls is not something I’d be happy about if FIFA 20 were to be released that way.

Contain/Secondary Contain Effectiveness – This note is also a bit of a mixed bag. I’m all for increasing the effectiveness of manual defending (I’m all for manual everything if we’re being honest) but not at the expense of teammate AI. FIFA has always been a franchise where to most effectively defend you need to control as many players as possible, but the thought of reducing their reaction times shouldn’t be made at the expense of ratings, particularly aggression and/or mentality. Player instructions and player mentality will hopefully mean something next year.

Improved Jockey System – I’m also on the fence with this one (sense a trend?). Most veteran FIFA players find themselves using the jockey button while defending, especially on the flanks when using the sidelines as an extra defender. In the past, the jockey button was way too effective as you could keep up with sprinting players and even swivel your virtual hips so quickly you could contain some of the game’s most dangerous dribblers. Reading that it will be implemented with “more agility” immediately makes me cautious, but perhaps momentum/locomotion will be tuned across the board making this new, improved jockey system an effective update.

One Vs. One Shooting Situations

One Vs. One Shooting Accuracy – Shooting in general in FIFA 19 is an unpredictable, and often, unrewarding system. The outcome (goal, missed sitter, etc.) is generally okay, but the animations and manner in which they are produced leave a lot to be desired (shooting animations). Reading that there will now be “more shots on target” and “better consistency” is a little eyebrow raising at first glance. As someone who primarily plays Pro Clubs as a striker, one-on-one situations with the keeper are already tuned to a level they should be. The better your striker is at finishing, the better the placement of the shot and its success will be. If there’s an issue with one-on-one situations, it’s primarily with the keepers (more to come on this shortly).

Open Goal Situations – I’m a bit confused by this note as the blog states players will be rewarded by “creating greater chances of scoring easy goals.“ Chance creation in FIFA 19 is already very easy, so any changes to enhance this will most likely be met with scrutiny by sim players.

Goalkeeper Reactions – Briefly mentioned earlier in the shooting accuracy section, my issue with one-on-one situations are primarily keeper related. Much of the time, keepers come out too slowly or don’t properly close out angles by making themselves big enough, leaving windows for attackers to exploit. “Superhuman” reactions definitely need to be toned down, especially the diving catch animations, but more parries, kick saves, and other save animations need to be added and called upon when the situation arises.

Outside Of The Foot Shot – Not too much to comment on this one, as outside of the foot shots aren’t too common, but restricting them to traits makes sense.

Shot Elevation/Power Tuning – Rising shots are rare in FIFA 19 — as they should be — but “power tuning” needs to be contextual, and tied into ratings and control (body position + first touch + other variables). Reading that low shots will be tuned similar to driven shots will probably need to be seen before final judgment is made.

Timed Finishing – No other new addition to FIFA 19 divided the community quite like timed finishing. At its core, it’s a skill-based input that takes into account variables such as body position and skill (both input related and ratings), but at its worst it was a highly abused nightmare online. Thankfully, the folks at EA Canada realized this shortly after release and tweaked it. So after reading further tweaks in these pitch notes, I don’t really have any complaints in regards to the “Green Timing Window” and its associated accuracy, especially on 180-degree shots. One thing of note that did jump out regarding Timed Finishing was “Green Timed Shots will still be more accurate than ‘non-timed shots” which looks like a nice incentive to give this a try.

Volley Crossing And Shooting – I’m combining “increased difficulty/error” and “decreased volley shot accuracy” due to the similarity of their desired effects as it seems like volleys will be increasingly more difficult in FIFA 20. Hopefully this tweak will fully extend to all shooting, especially with respect to technique and contact, because as it stands right now, FIFA (and PES too if we’re being fair) suffer from unrealistic ball contact when shooting. Too many instances of clean strikes resulting in accurate on-target efforts take place in FIFA 19.

Two-Player Headers – True to the notes, FIFA 20 desperately needs better headers, both in terms of animations and physics. Headers right now are a sort of a crapshoot, especially when tightly man-marked. The amount of clean contacts that occur in FIFA 19’s aerial game look utterly unrealistic, and don’t seem to take ratings or physical attributes into account. Reading that they are going to addressed is music to my ears.

Chained Skill Moves – Chaining multiple skill moves together will now result in a higher chance of losing the ball. This is a welcome change to anyone who plays FIFA online. No skill in FIFA 19 is more abused than the “flick-up” and while it certainly has its time and place, the ease with which it’s pulled off — and effectiveness — led to widespread abuse.

Set-Piece Positioning – Set-piece logic (smaller defenders marking taller attackers) looks to be improved upon in FIFA 20. Any AI logic improvements are welcome, but perhaps bringing back the set-piece creator would be able to take this to the next level.

Manual Goalkeeper Movement – I found this note a little odd. Not that it doesn’t need work, as it certainly needs to maintain the same speed in terms of animations as outfield players, but is this enough of an issue to warrant tweaking? Perhaps so, but as of right now I’d be more interested in some of the previously mentioned keeper updates. 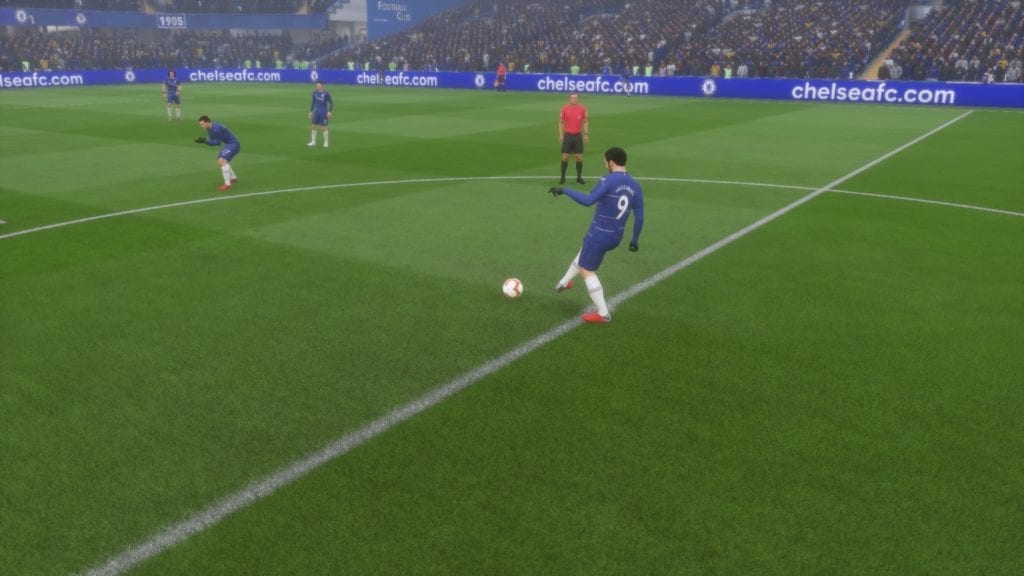 Increased Error On Difficult Position Passing – Yes please! Given that the majority of FIFA players use assisted controls, playing online or even versus the CPU can turn into a ping-pong’d mess with teams advancing the ball forward or playing out of trouble as if they are one of Pep’s vintage Barcelona teams — despite far inferior players. Perfect one-touch passes will hopefully be tuned realistically, allowing for much needed periods of hectic play. Perfectly placed blind cross-field switches with their backs facing the opposite direction should also be drastically reduced. Players will hopefully adapt and approach build-up play with more patience.

Increased Accuracy – In Pro Clubs I am guilty of using assisted passing controls in order to keep up with the speed of play, but one thing that always irks me is the rare occasion when the simplest of passes (think a pass where the passer is under no pressure, and the intended target is only a few feet away) goes awry. I was and currently still am under the impression that these errors are pre-programmed with the intent of keeping passing percentages down. Tuning this seems like a no-brainer.

User Controlled ‘Dinked’ Passes – Described as “slightly elevated passes used to avoid a defenders leg,” this improvement is a positive one that should give attackers more variety if nothing else. In general, defenders in FIFA 19 do a fairly decent job at shutting off passing lanes and blocking shots, so countering this tactic with dinked passes should provide balance.

Driven Pass-And-Go – Think 1-2 on steroids, or at least that’s how I interpreted this note. I’m all for new ideas and utilizing all possible buttons, but how often do you see driven passes used in some sort of 1-2 (pass and go)? My issue with this isn’t so much with the pass but more so how the receiver’s touch will be tuned. Controlling driven passes is and should be difficult, especially when under pressure. If the receiver is able to control these driven passes in a manner that allows them to quickly send the passer on their way with a returned pass, I will be highly disappointed with this new feature.

Player Switching – Lastly, player switching looks to be receiving some attention this year by way of improved logic, and possibly even an indicator button similar to PES 2019 that would allow for the user to see the next defender in the switch queue. I’m more of a manual switch person, and while there are a few instances where switching on lofted through balls causes a slight delay and could lead to Dejan Lovren-like disasters, overall this change is intended for online players that switch frequently. Despite this change primarily focusing on defending, extending these tweaks to loose balls (50-50 balls) is a great added bonus as there are too many times where the AI logic takes over, and instead of the closest player trying to chase down a 50-50 ball they will instead run back to their designated position. 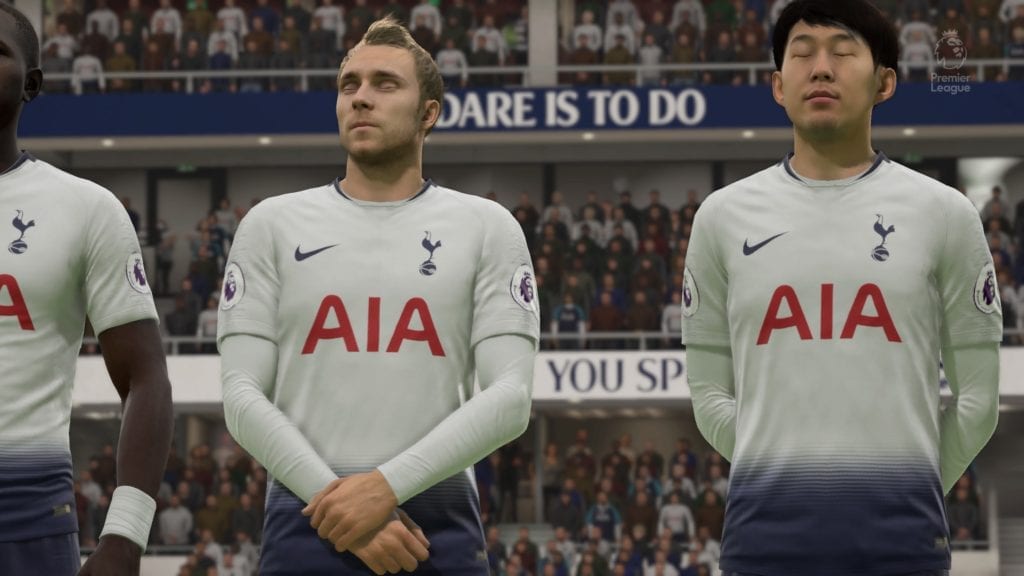 As we inch ever closer to more FIFA 20 news, these “Pitch Notes” are a pretty good start at giving us an indication where the developers are spending some of their precious time. How these new tweaks will be implemented, and more importantly balanced, will ultimately determine their success. However, one important thing to keep in mind is that patches and their tendency to dramatically alter gameplay post-release still loom in the distance.