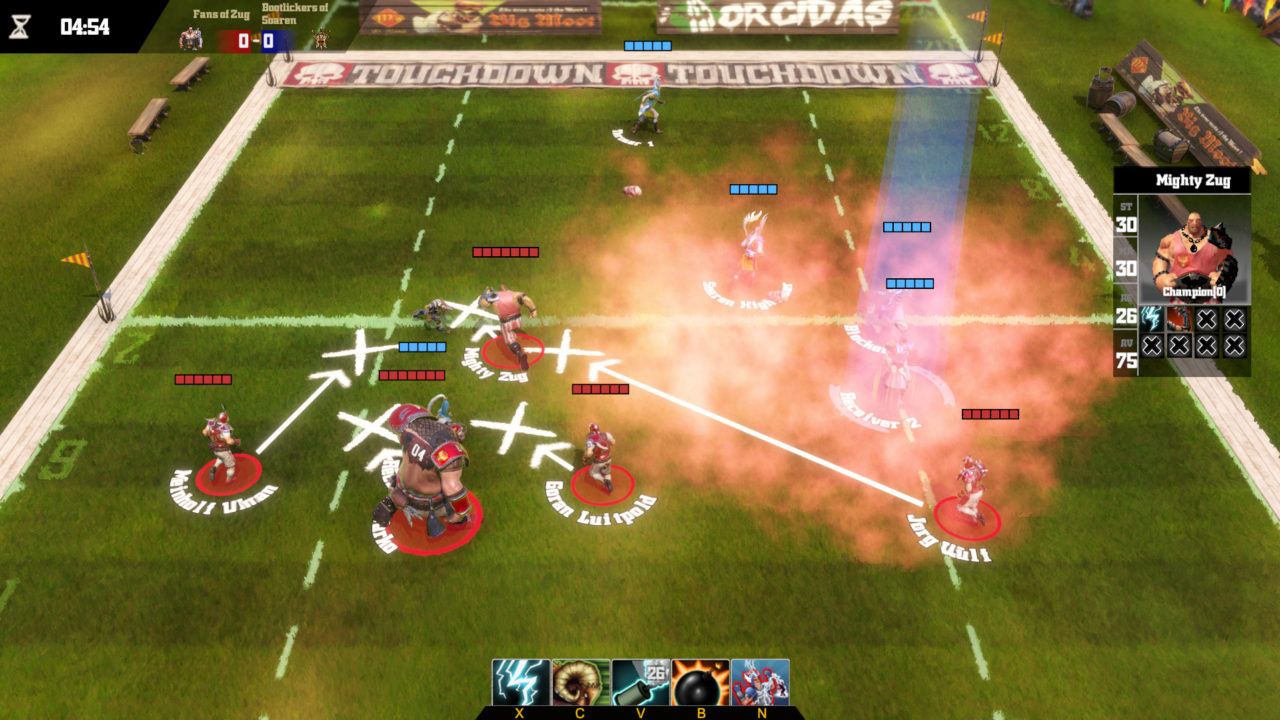 Football, blood, death and monsters encompass an experience where you battle it out to score some monster touchdowns in a blood bath for Blood Bowl glory. This combination together creates a version of football that is unique and original. I’m new to the Blood Bowl universe, so in this review I am looking at this franchise with fresh eyes in terms of how the game plays, looks and feels. The one thing I wanted to stay away from in my review is ratings, which is good because we don’t do ratings here at OS anyway. Games are not a one size fit all, and some people may find joy in games that others do not. I consider Blood Bowl: Death Zone one of those unique titles that almost fits this model to an extreme. I can see how it can have fans that will ride for the franchise to the end of time, and I can see how others would be thrown off by it early on. With that in mind, let’s get to the review.

The Blood Bowl concept is unique and original, and I was intrigued when loading the game up on the PC. The concept of the game is simple. Each team consists of five players (smaller teams than previous Blood Bowl games — the franchise was created originally as a parody of American football and thus had more players on each side). You begin by selecting your team’s main character from a variety of species. Orcs, dwarfs, and more are available so you can select the monster of your choice to fulfill your desire. There a total of 14 teams that include one star player for each team. Each star player has a set of unique abilities that allow you to decide how each character’s strengths and weakness will play out on the battleground.

When the match starts, each side takes control of a five-player team, and the two teams battle it out in real-time matches (as opposed to turn-based like Blood Bowl 2, for example) lasting for five minutes. During the game, your goal is to win the fight over the squid bait and maneuver the bait across the goal line. Your team can run or pass the squid bait as needed to complete this task.

So how does this gameplay actually feel and play out? I was a little bit disappointed when the gameplay began. The players are controlled using the mouse and keyboard, which is fine, but I wasn’t a fan right out of the gate. However, after taking some time to adapt, the keyboard and mouse setup was satisfactory. The game speed also felt a bit slow to me, and so I tweaked that in the settings as well. In terms of gameplay, Blood Bowl: Death Zone does a decent job creating engaging fighting interactions during the match. These interactions come from things like hand-to-hand KOs or KOs through your character’s special abilities.

All that being said, Blood Bowl: Death Zone fell a bit flat after one or two matches. The gameplay fits more of a patient audience that would want to go at a slower game pace versus an all-out speed battle. But at the same time, it’s not turn-based so it maybe won’t quite find that audience either. I found multiplayer gameplay to be more fun due to the fact that a human versus human experience was faster and included more variety in how the matches played out.

Presentation is very limited and there is not a whole lot going on in this category. The opening of each match is short and the whistle blows quickly after a brief introduction of the teams competing. There could have been more emphasis on presentation to create a more engaging experience. The touchdown celebrations are almost obsolete, as after each score there are only a few seconds of a player spiking the ball or putting his hands up in the air. A longer and interactive touchdown celebration for the user would have been a great addition. In terms of crowd sounds, an addition of chants or sounds directed towards opposing teams could have made the audio presentation a bit more effective. All in all with Blood Bowl: Death Zone, it seems like the developers put the majority of their time into the play on the field and the development of the characters. It would be nice to see if Cyanide will focus more on presentation in the next addition to complement and enhance the Blood Bowl experience.

As an alternate take on Blood Bowl, Death Zone does deliver in some aspects. However, the “feel” of the game was a bit dull in terms of excitement. In most sports or fighting games, there are tense situations when the game is on the line and every push of a button can be the difference between victory and defeat. Blood Bowl: Death Zone lacks in this area due to slower gameplay, the fighting being not quite enjoyable enough, and basic touchdown celebrations. While the overall gameplay is sufficient for a game or two, I couldn’t find enough enjoyment and fun each and every time I played it. Multiplayer provides some variety due to unpredictable experiences against other users but that completely depends on the user you are battling. 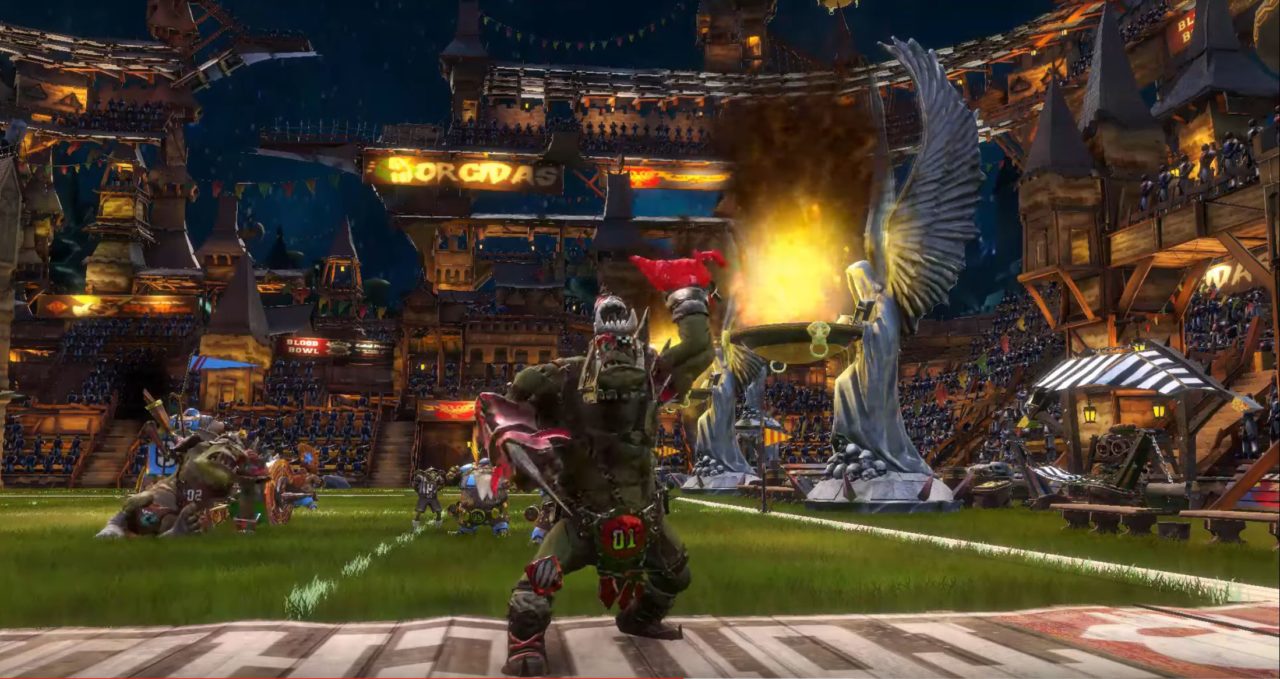 The enjoyment you get from Blood Bowl: Death Zone will depend on the user engaging in the experience. For hardcore fans of this franchise, I’m not sure they will love this version of the game since it goes in a somewhat new direction. I jumped into the franchise for the first time with an open mind and reviewed the game based on what was presented. The gameplay is not bad, but it could use an update to player speed and passing speed. Character graphics are about as expected and look good when playing each matchup. There could be more attention paid to celebrations and one-on-one fighting to increase the overall feel of things. There is potential with this game, but on some level I found myself wanting to experience a prior version of Blood Bowl to get a better feel for why this franchise has stood the test of time.