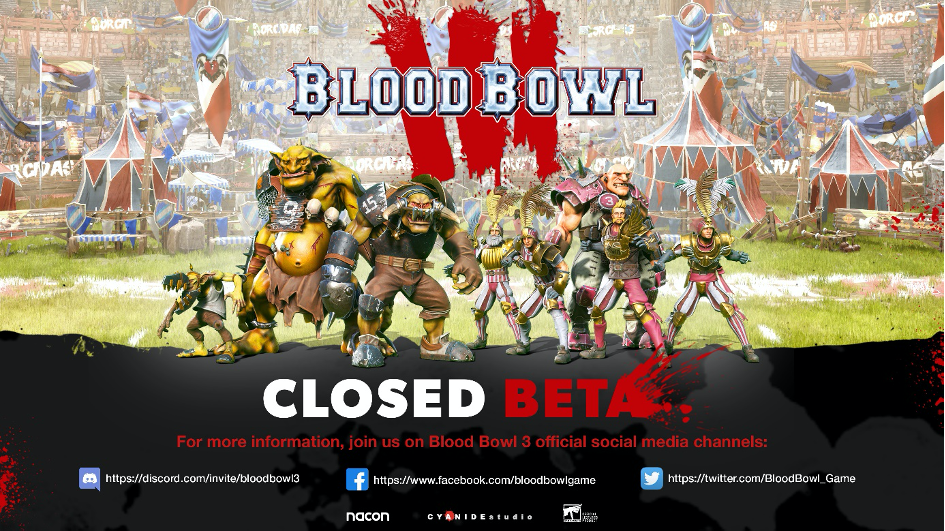 NACON and Cyanide have announced a closed beta for Blood Bowl 3 will launch in early 2021. Players that pre-order the game will receive access to the beta. Other ways to access the beta, along with features and game content, will be revealed at a later date.

Funnier, bloodier and more spectacular than ever, Blood Bowl 3 will be a hit with fans of the universe and strategy games alike. At launch, the game will include 12 teams with their own pitch and cheerleaders, Campaign and Multiplayer modes, and more customization options than a Blood Bowl game has ever received before.

Blood Bowl 3 is planned for release in 2021 for PlayStation 4, PlayStation 5, Xbox One, Xbox Series X/S, Steam and Nintendo Switch.