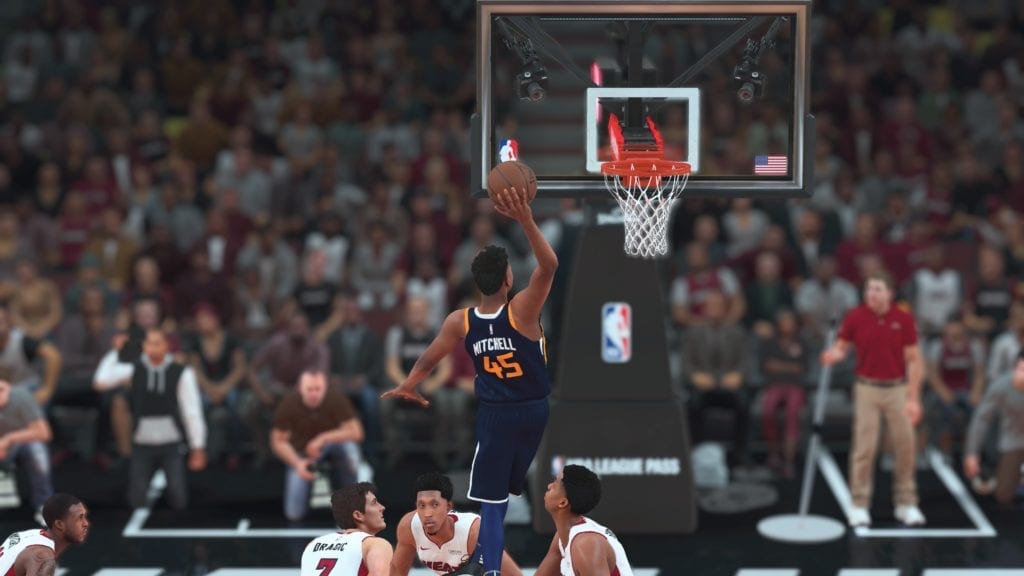 Marcus Smart remains the same player he has been, which is both good and bad, and he’s making his second appearance on this list as a shooting guard this time. Smart is still a menace on the defensive side of the ball, and on offense he remains one of the most wildly inefficient guards who sees regular minutes. Still, he’s been showing his value for Boston this year coming off the bench, logging big minutes and putting in work. It’s hard to build a stacked franchise in a year or two, and Smart is definitely a piece you can add to your team at a decent price that will help out right away. 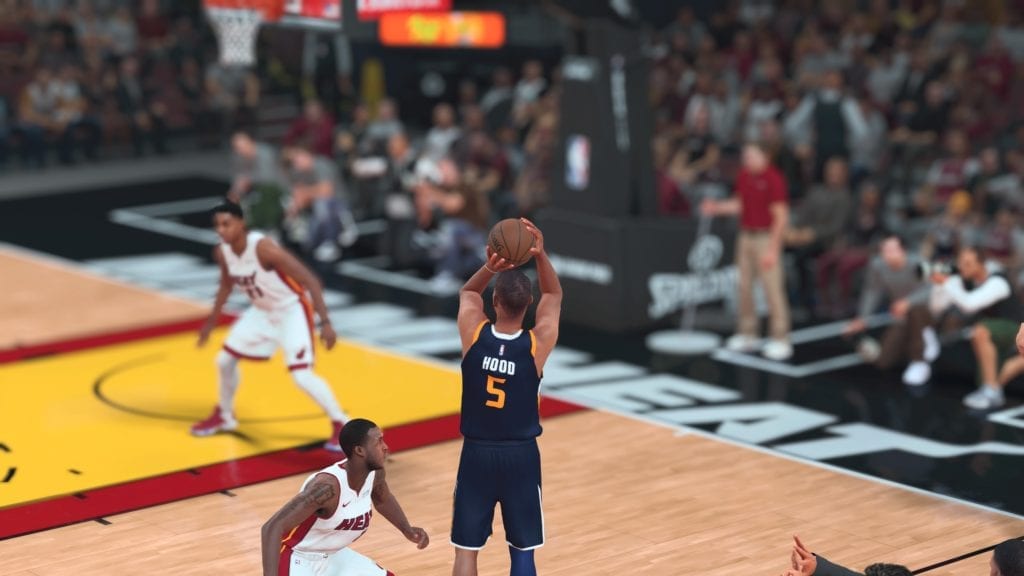 Rodney Hood graced my list last year, but as an “honorable mention” player. He did work for Utah but I felt that he just missed the cut based on who I had listed in my top five. After what was considered a down year last season, Hood is struggling with his efficiency while putting up solid counting stats. He has been eclipsed in the starting lineup by his rookie teammate further up on this list, but he still gets good minutes and is helping the Jazz out as best as he can. Older than most players to grace the list overall, Hood still has good potential and is a great shooter in 2K that could help your franchise building project right off the bat.

Recovering from a torn ACL, we’ve just started to see what Zach Lavine can offer to the Chicago Bulls after being traded early last summer. What we saw of LaVine over his last three seasons for the Minnesota Timberwolves was that he could jump out of the gym and shoot, but was miscast as a point guard and a horrific defender. LaVine can play both guard spots and can help his team out in a multitude of ways. That’s a solid reason why he could be considered a good addition to your rebuild project, as he’s not too expensive of a player to acquire and has very good upside — albeit he will be a restricted free agent this offseason. 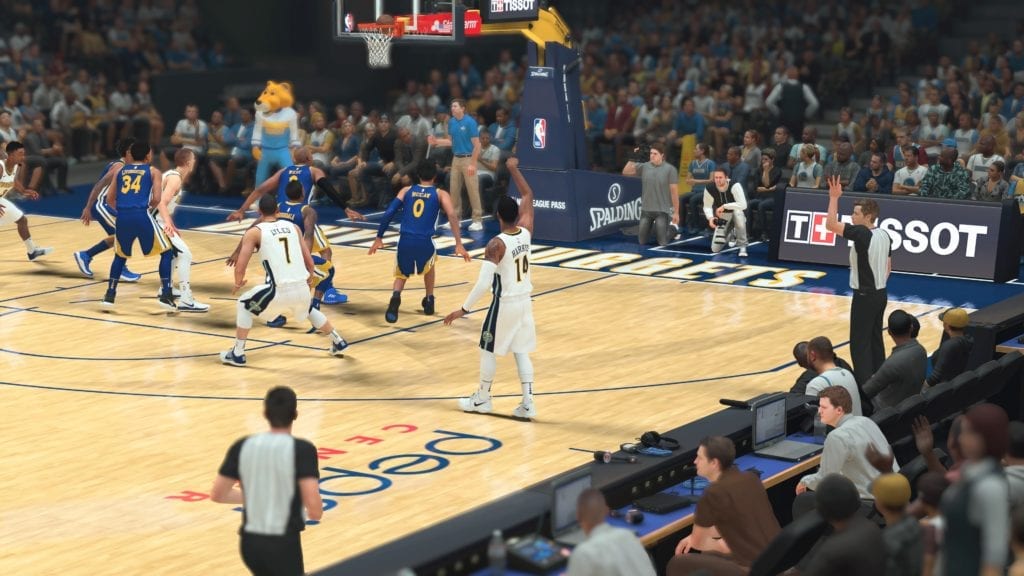 Gary Harris has been paid in real life, but he’s still approaching RFA status in 2K. With his averages increasing year over year, he’s currently sitting at 16.5 points per game, 3.3 assists per game and 2.8 rebounds per game, which are all above his career averages. With his game showing obvious improvement, Harris possesses the skill and potential to become a force in the NBA. He’s worked his way into the Nuggets starting lineup this year and is definitely worth a look to add to your franchise.

If you don’t know, now you know: Donovan Mitchell is here folks, and the kid can flat-out play basketball. The rookie is already putting up big numbers and looking like a seasoned vet. Eclipsing fellow teammate Rodney Hood and showing that he belongs at the NBA level, Mitchell’s current averages of 18.5 points, 3.4 assists and 3.3 rebounds per game are impressive for a kid that was already thought to be NBA ready right out of the draft. Any naysayers aren’t saying anything now besides the fact that Donovan Mitchell is living up the hype and then some. Luring him away from Utah to add to your franchise rebuild might be a bit of a challenge, but it can be done; if you’re not too concerned about the “here and now,” trading off an older player and good draft pick could land him in your hands. Believe me, you’ll feel like a genius when you pull it off. 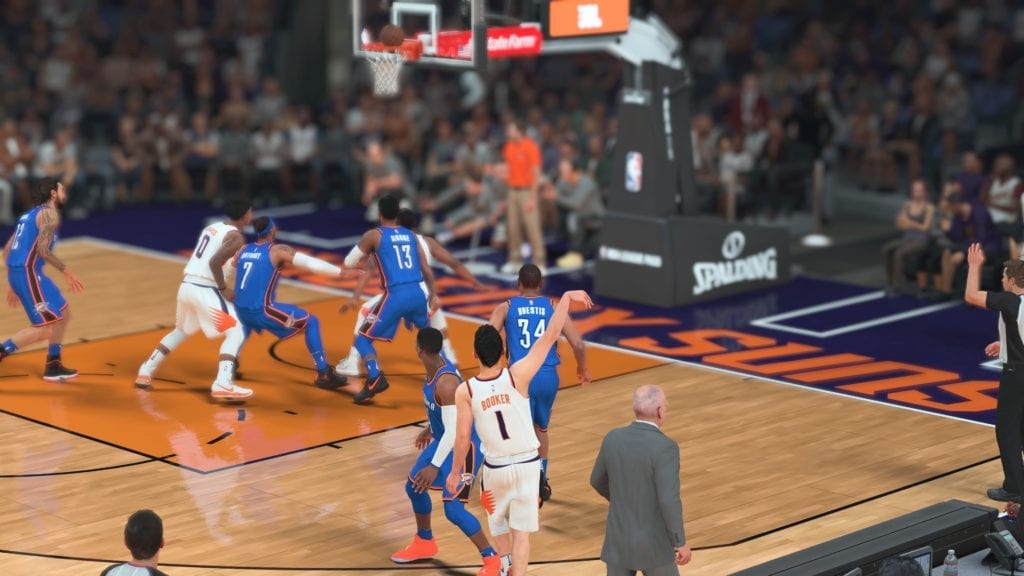 I’d be straight mean if I didn’t tell you right from jump that landing Devin Booker in a trade for your rebuilding franchise is a chore. Think along the lines of when your parents asked you to clean your room, wash the dishes, put out the garbage and rake up all the leaves outside kind of chore. I sure as heck didn’t like doing all that, but after I did I felt good and usually got a few bucks for my trouble. You won’t get financially compensated if you pull off a trade for Booker, but the reward for doing so is big. VERY big. We are talking about the kid that scored 70 points against a strong Boston Celtics team that was ranked 11th overall defensively at the time (albeit at least 10 of the points were phony and Earl Watson gets an assist for stringing along a hopeless lost game). And did I mention that he did this in his second year in the NBA at a baby-faced 20 years young? That game against Boston happened in March 2017; in January 2017 Booker went off in back-to-back games for 39 points each game. You’re going to want to fully analyze your team roster if you want to build around the shooting guard spot and figure out what your best move is to land this kid on your team.

Who do you think would be the best shooting guard listed to build around? Throw a comment in and let us know. My list of small forwards is up next!