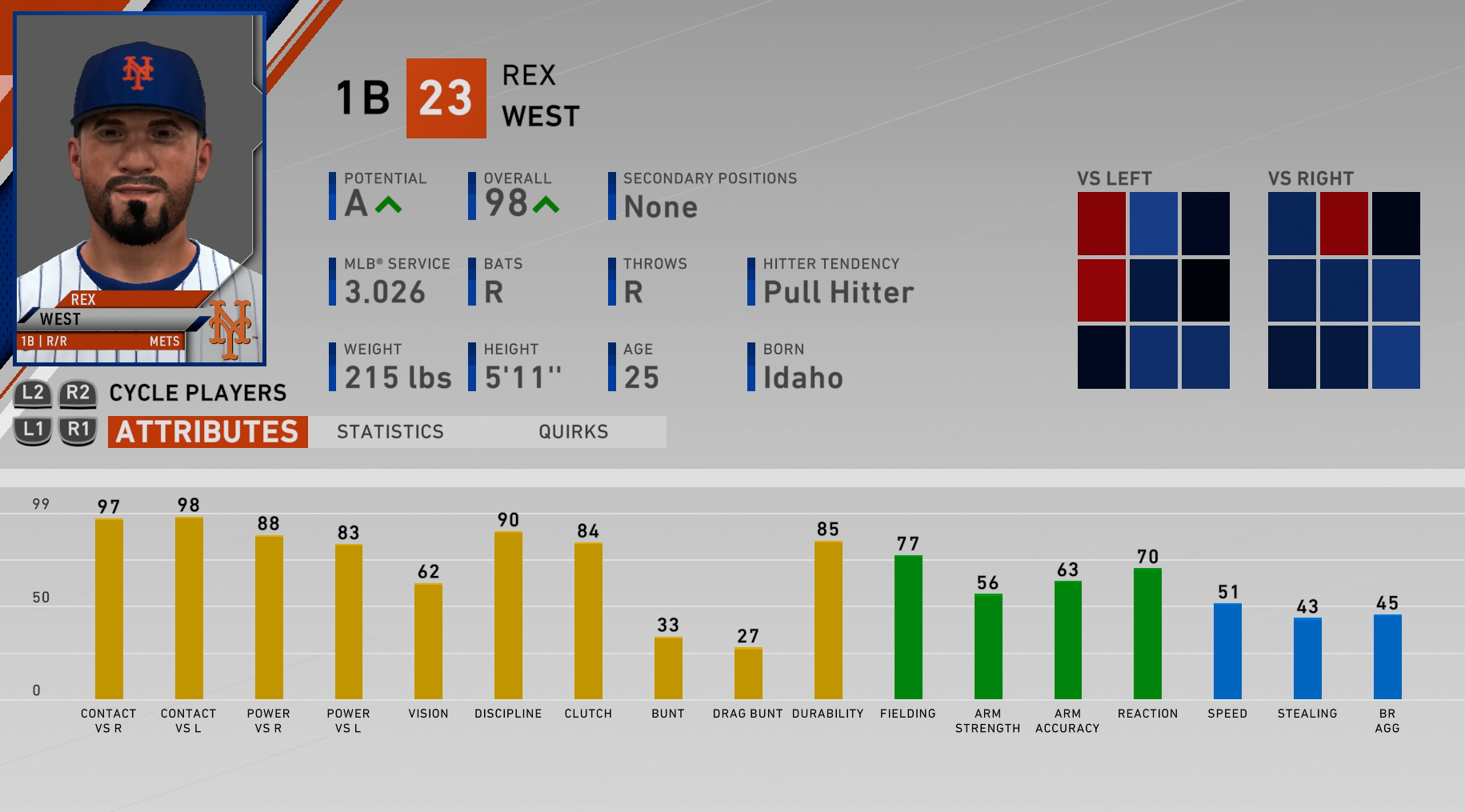 If the news about a truncated MLB the season not being transferred to franchise mode in MLB The Show 20 has you down, then why not just pretend you’re creating your own league this year instead? Bacon’s fictional roster received a substantial update at the beginning of July, and I bring it up now because it’s now confirmed we’re not going to be able to mimic a real MLB season this year no matter what. So why bother trying? Instead, let’s go to fantasy land. 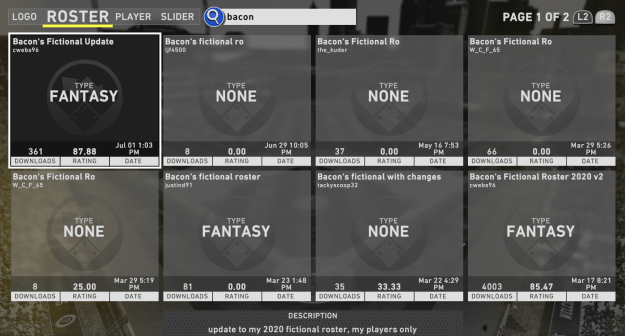 Name: Bacon’s Fictional Update — can find it just searching for “bacon” in the Roster Vault

Here is what Bacon had to say about the latest update:

This year’s update for Bacon’s Fictional Roster is coming earlier than last year due to COVID-19 and the insane increase of free time I had this spring that I poured into this roster. There are over 200 new players added in this update. Some have already been uploaded to the player vault as they were created where some are players that you have never seen before.

The players I added in this batch consist mainly of AAAA type players and longer term prospects with higher potentials. Some of these will be very obvious and some will take some digging. Should be easier for NL teams to fill the DH spot now if you choose to go that route.

Some faces (especially noses) and skin tones have been reworked for select players that seemed too big or too tan. These edits will continue in future iterations.

More Easter Eggs have been added for you to find. The #21 has been “retired” throughout the roster in honor of Roberto Clemente. #buccos

I moved players around to craft All-Star teams for both leagues. Not all the best players are on either team but each league has at least one team represented as per real MLB All-Star game rules. This will only work in Play Now.

All of the logos I used for my full 30 team rebrand have been in the vault for a while. They will remain available all year long. DM me if you want/need help re-creating any.

DM or tag me with any questions you have about this roster — bacon96 on Operation Sports and @baconsfictional on Twitter) — any of my other rosters or any future MLBTS work. I’m more than glad to talk about any of it. You can also re-brand the entire league with the 30 teams Bacon created — again, just search in the vault for these — or you can make your own branding. You can even keep the same 30 MLB teams and just use the roster itself. What I personally like to do is a fantasy draft with this roster and otherwise keep the 30 MLB teams intact because I don’t think the re-branding goes far enough to really make it feel like it’s 30 created teams (when factoring in the stadiums).

However, you choose to enjoy these rosters is up to you, but I just want to say again don’t be scared to try these out. I am a hardcore simulation nut, but it’s very liberating to go into something and not know any players and not have any expectations. You have to do scouting reports, search for hidden gems, and really just experience a whole new league for the very first time.