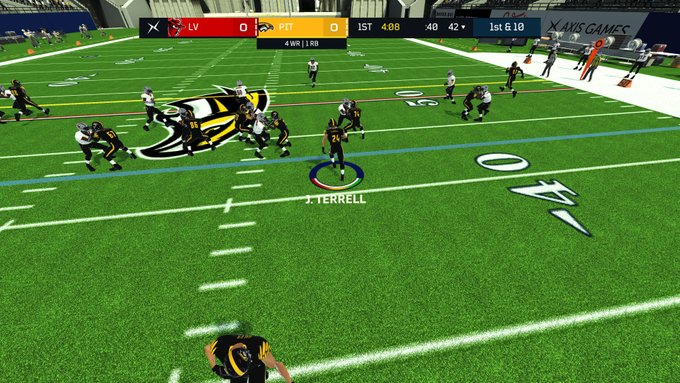 Axis Football Mobile is free on the App Store for iOS devices and Google Play Store for Android devices.

Here’s a brief description from the game page.

Axis Football is the most complete football experience for mobile devices, period. With engaging gameplay, responsive controls, and a franchise mode that is deeper than you will find on most console games, Axis Football is the game you’re been waiting for. Game modes include: exhibition, franchise mode, coach mode, and AI vs AI. Franchise mode includes deep stat tracking, drafts, player progressions, a full coaching staff, trades, scouting, free agency, facility management, injuries, practice strategies, and much more!

Also, for those that were curious. Axis Football 2020 is still scheduled to release in the August/September timeframe. Initially, it won’t be available for the PlayStation 4.

The team is also launching their own esports league. If interested, check out the video and fill out the application.

Axis Football Mobile is now live on iOS and Android! Come experience the most complete football game on the market for free!