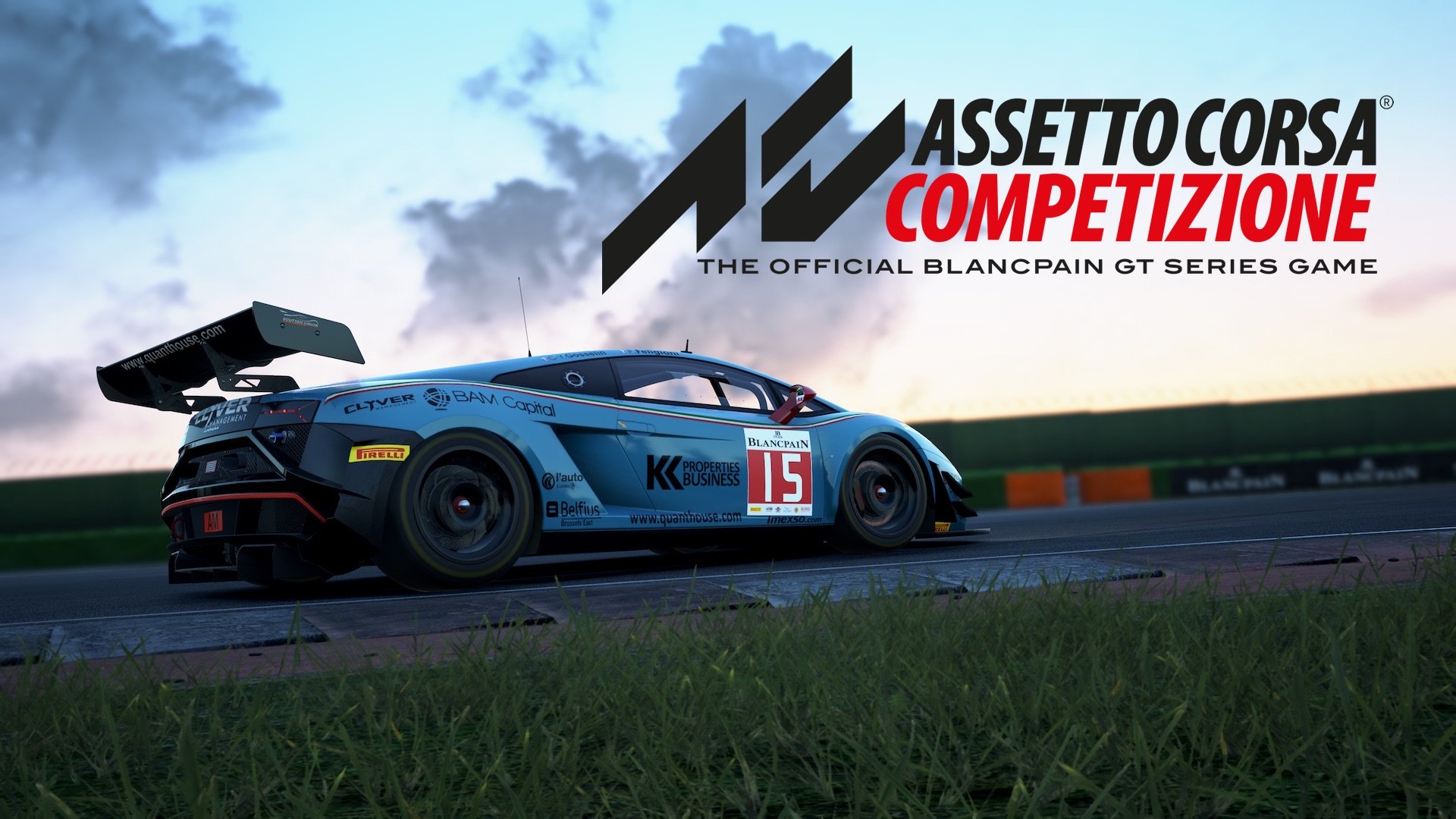 505 Games and Kunos are back with their follow up to the 2014 cult hit, Assetto Corsa, with Assetto Corsa Competizione. For those wondering what ACC is exactly, well here’s how it’s summed up by the studio:

“It is the new official GT World Challenge video game. Thanks to the extraordinary quality of simulation, the game will allow you to experience the real atmosphere of the FIA ​​GT3 homologated championship, competing against official drivers, teams, cars and circuits, reproduced in-game with the highest level of accuracy ever achieved. Sprint, Endurance, and Spa 24 Hours races will come to life with an incredible level of realism, in both single and multiplayer modes.”

Now, there is quite a bit of boasting going on there, so let’s discuss if that sort of confidence is warranted here.

My career in ACC was a bit different than most racing titles these days as it’s a little more controlled. It starts you out by placing you in the seat of the powerful and erratic Lamborghini Huracan GT3 Evo and asks you to prove yourself. While that still might seem familiar, the game also asks you to show your skills on the track in inclement weather, night racing and timed racing, all while delivering consistent lap times. 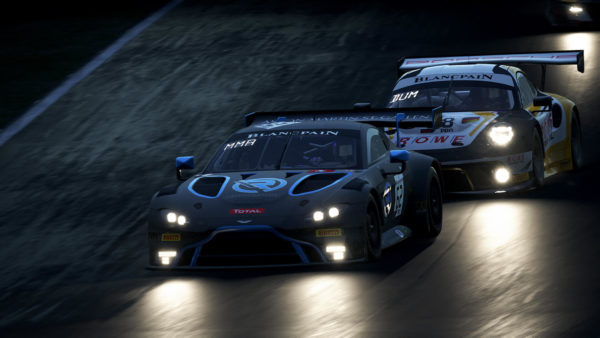 Once you have proven yourself, you are now asked to create a team and hit the tracks. From there, the flow of career mode is straight up as you will follow a designated schedule that will find yourself racing in myriad cars that all handle in different ways. 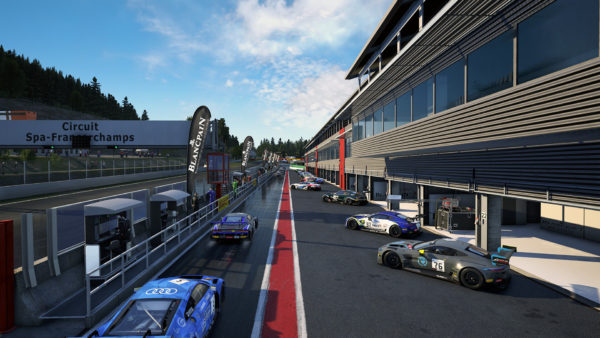 What I loved about the career mode is at each track the game rewards you for accomplishing certain feats, like qualifying in the top three, completing a full race weekend without skipping anything, or finishing on the podium. Although the career mode isn’t as deep as that of Codemasters’ F1 series, it does mimic an older TOCA series path, which is never a bad thing.

I found myself spending a lot of my time in career mode, and if you are racing a medium or full race length with full practice and qualifying options, a single race weekend could consume quite a large chunk of a single afternoon. Have no fears if time is a concern though because most of the ACC career mode can be modified to fit your specific skill and time-based needs.

When it comes to car control and the nuances of it, I am not sure another developer does it any better than the Italian-based Kunos Simulazioni. Whether I was racing with a PS4 controller or my Fanatec wheel, I could instantly tell the difference between each vehicle and its track interaction and was forced to adjust accordingly. Driving my BMW M6, Honda NSX or the Lamborghini Huracan, my approach was completely different as each vehicle in ACC delivers unique power and handling. 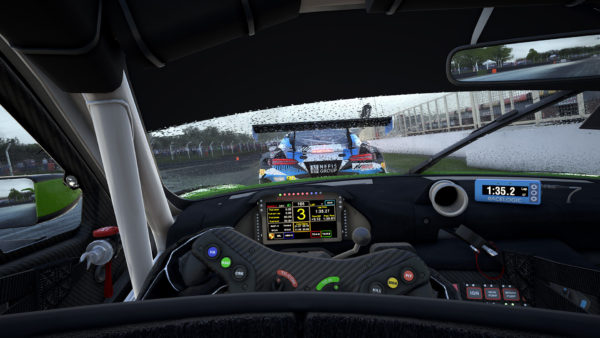 Although this approach isn’t unique to just Kunos, the way it is implemented left me with a feeling of authenticity and presented a challenge that helped add another level of depth and longevity to the title.

I personally found the most success by spending time at each of the tracks with different style cars and learning the flow of the track and how the car handled on each unique surface. Regardless of what car I was racing, the one commonality to it all was that pushing the vehicle into corners and turns was a surefire way to lose valuable time during qualifying and the actual race itself.

Each car included in ACC is a high-performance machine and will deliver while racing — if being driven correctly (of course). The biggest key with having success when behind the wheel is exerting patience, leading the car naturally into turns, and accelerating and braking at the proper times. If you hit that pedal while too deep on the curb, not only will you impact the car while hitting the bumps, the chances of spinning out of control become very real. 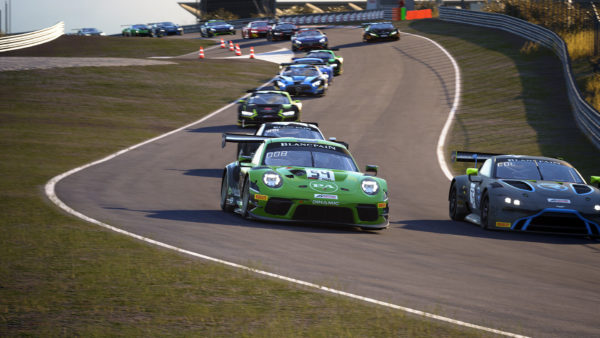 I had to keep things in perspective for this review because I reviewed it more on PS4, but before that had been playing the PC version of ACC in glorious 4K with a blazing FPS. Taking that into account, I was really pleased with how well rendered the cars, environments and tracks came across my screen on the PS4 Pro. The cars look and sound amazing, from the liveries to the rotor glow, it all comes close feeling like you are watching a video and not playing a game. 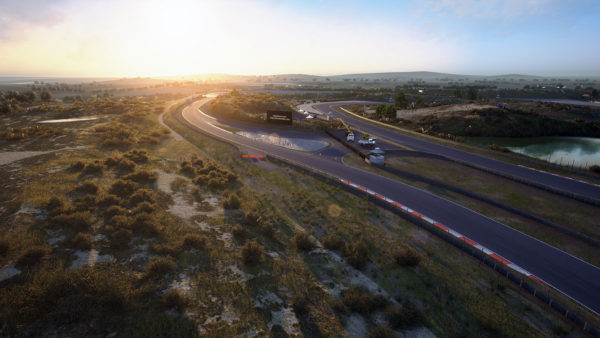 As good as the vehicles look, the tracks do not take a proverbial backseat in ACC as some of the most iconic tracks across the world come alive here. This leads me to the next strength of the game.

If Kunos came to me and asked what tracks I would want to be included in this game, I would have put a list together that includes almost every single track that made it in here. Assetto Corsa Competizione has a total of 11 circuits included in the standard game, with a further four available in the Intercontinental GT pack.

Not only are there some amazing tracks included in the game, but Kunos has also done an amazing job of re-creating the look and feel of each venue. The worlds and tracks feel alive, and the amount of detail that is included on and around each track draws me in and allows me to feel like part of their world. 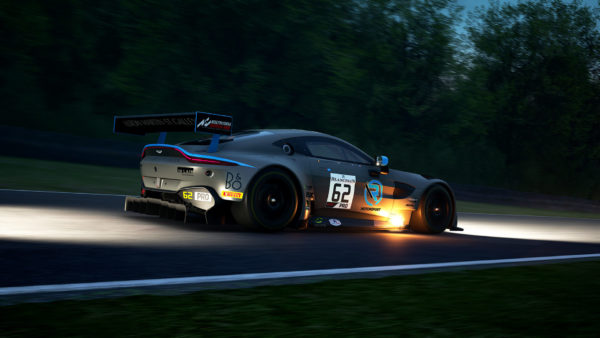 I found myself often looking around and consuming all of these beautifully rendered details during my free-drive period of each race, and I always instantly noticed how much time and effort was put in here by the developers.

In this day and age, it has become incredibly important to allow people with various skill sets and abilities to have a diverse range of possibilities and customization options at their disposal, and that trend holds up here. The newest title from Kunos allowed me to customize the feel of my controller, the difficulty and aggressiveness of the AI. In addition, multiple driving assists were there to help me ease my way into the game.

So, if your fear of not possessing the skill or ability to enjoy this simulation-based title from Kunos is all too real, have no worries because ACC allows the user to modify almost every aspect of the game from very easy to realistic. 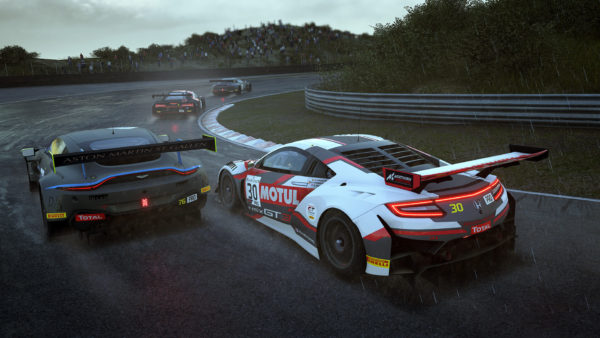 The AI in ACC can be very solid at times. My problem was that the AI had consistency and aggressiveness issues. Often, I watched AI not take advantage of my mistakes, even with AI aggressiveness set extremely high. Instead, the AI would simply let me correct my on-track error and maintain position. Now, this wasn’t the case in every occurrence as sometimes the AI would dip their nose below and push by, but this did not often enough.

The AI does of a wonderful job of recognizing me on the track and will race each other and find different lines. However, in the cutthroat world of auto racing, it would have been nice to see the AI be a bit more, ya know, cutthroat.

As much as ACC does right on the track, there are still areas that suffer from some problems. While rare for sure, I witnessed opponents ghosting into other cars as if they didn’t exist with zero collision detection. I also witnessed crashes that resulted in cars falling below the track and disappearing into the abyss. For the most part, everything runs and looks amazing on the console version of ACC, but there are a few glitches that need to be addressed through future patches. 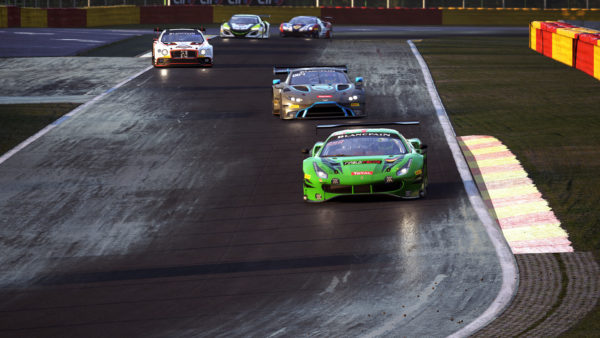 On top of the rare(ish) glitches that I experienced, I must bring up the damage model, or lack thereof. Even with car damage set at 100 percent, I sometimes witnessed crashes that would be considered absolute spectacles resulting in very little damage — if any at all. While I’m sure developers mostly grasp that a solid damage model can deliver a high level of immersion and authenticity to a game, it’s extremely common to see metal twisting, car-destroying accidents leave just minor scratches in many racing titles. Perhaps this generally has to do with car licensing deals, but our experiences with these games suffer due to that.

For the most part, what Kunos and 505 have delivered to the community in the form of Assetto Corsa Competizione is nothing short of brilliant. When you take into consideration the amount of content and options, and then include the visuals and racing authenticity, ACC is a complete package. The one caveat to all of this is that time will need to be spent to understand the vehicles and the wonderful assortment of amazing tracks that are included in order to feel completely comfortable behind the wheel.

Assetto Corsa Competizione is now available on Steam, PlayStation 4 and Xbox One.