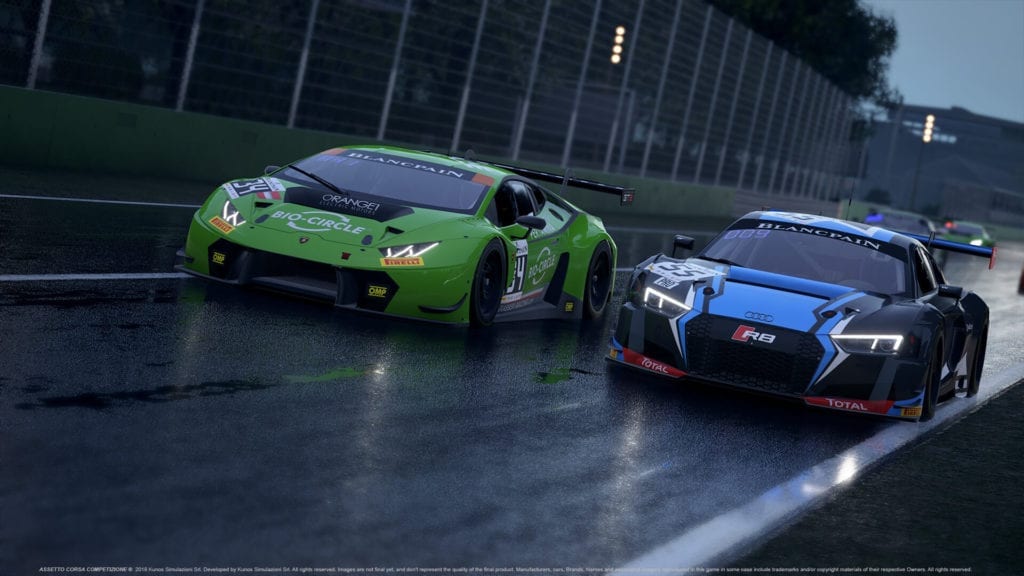 For the first time in a while, the racing genre is full of competition both on PC and console, and while that’s awesome for the community, it can be tough for new titles hitting the market. Well, that is exactly what Italian developer Kunos Simulazioni is attempting to do with Assetto Corsa Competizione (ACC), the official Blancpain GT series video game. What does having the official license of Blancpain mean? For one, it means a deviation from multiple car styles, and solely focuses on the GT series, including “Ferraris, Lamborghinis, McLarens and many other prestigious GT racing cars.” On top of acquiring the official license, the newest release from Kunos will sport all-new “laser-scanned tracks, photo-realistic weather conditions and graphics, night races, motion capture animations, and improved tyre and aerodynamic models,” all with the intention of promoting its entry into the world esports racing competition. 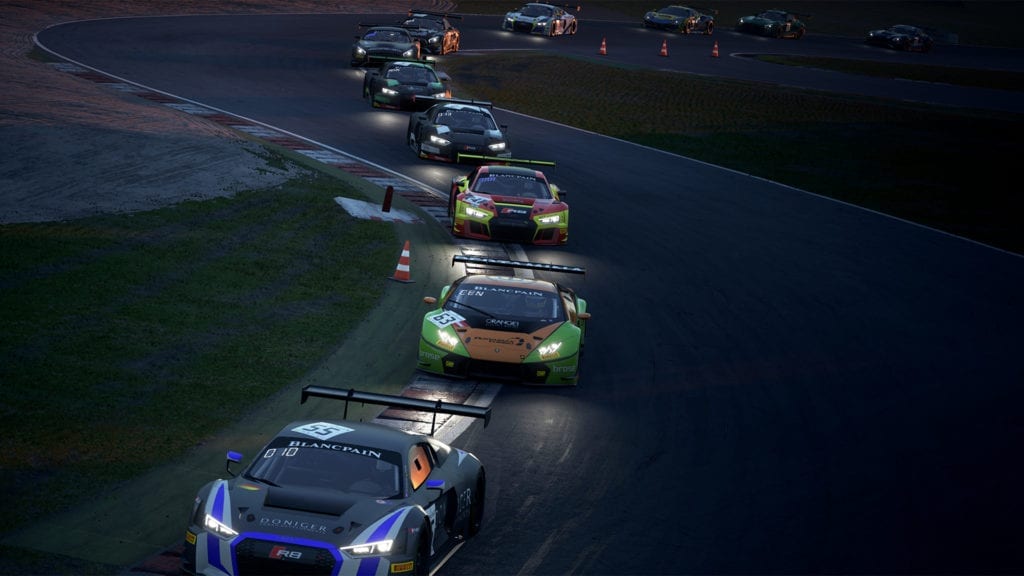 Although the title is still officially in an early release program on Steam, I was able to spend time with ACC and while one can never truly judge a title in early access, it at least gives you the idea of what the future holds. The game is set up for those who choose to drive with either a controller or wheel, and I found my time with each equally accessible and challenging. A note for those who choose the controller route: plan on taking the time to master the art of small and fluid movements with the analog stick as the controls can be somewhat touchy. As for users who prefer a racing wheel, while you will see a more fluid and realistic handling environment, the force feedback and perceived weight of the car does not feel dialed in at this time — but it’s still early access. 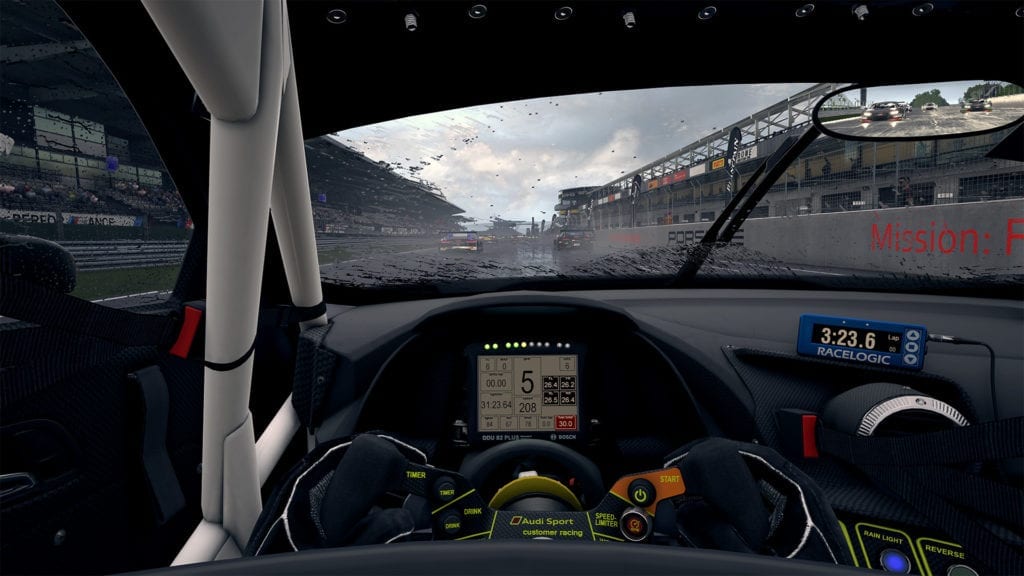 Elsewhere on the track, the game really does stand out in some good ways (much like Assetto Corsa). Even though still technically a beta, the handling of the car (you only have one option at this time) is impeccable, and requires you to acclimate yourself to the nuances of the car, how it interacts with the track, the breaking and acceleration points, and the environment as a whole. This may sound tedious to some, but for me, it was exciting to delve into the core of what makes a fun and challenging racing title. As mentioned previously, at this time only one car is available, as well as only one track: Nürburgring.

In my time with the title, I found that although I have raced this track a thousand different times in my digital racing career, I had to take a step back and relearn and rethink my approach to this wonderful venue. ACC requires you to have a full understanding of the vehicle you’re in, and track you are on — and how they interact with each other. If one is too aggressive, you will find yourself losing stability that will seriously alter your lap times, and ultimately your overall experience of the game. The bottom line is whether you are new to the series are a veteran, the game demands one to have a complete understanding of the car you have chosen and the layout of the track. 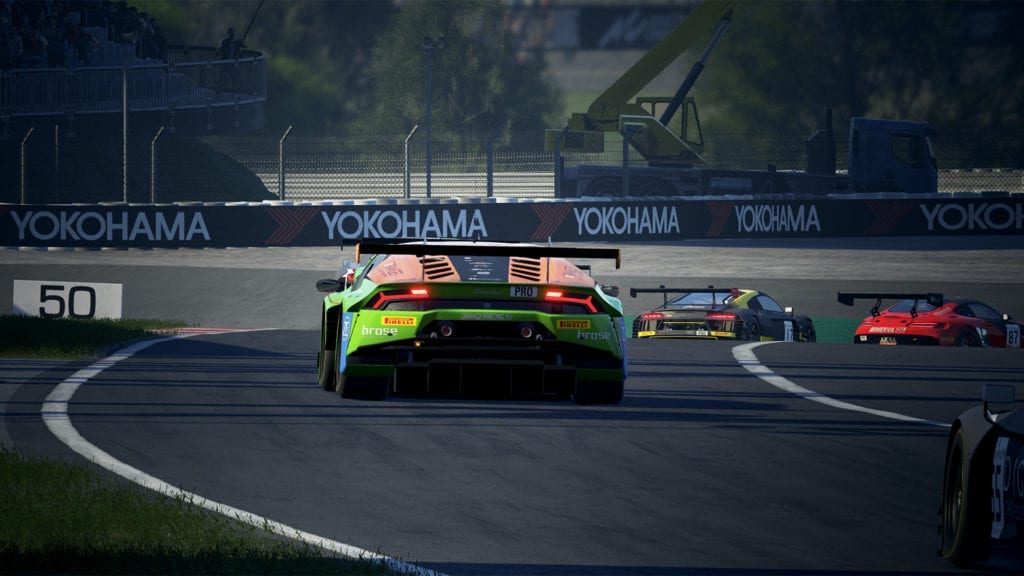 In regards to the overall looks and stability of the game, I tested the preview build utilizing the new Nvidia RTX 2080 graphics card, and while there some issues in regards to crashing to desktop, that is to be somewhat expected during a beta trial. Crashing aside, playing ACC on ultra settings allowed the vehicles and environment to come alive, and were stunning to view in motion. The game handled flawlessly on the track and had zero issues with slowdown, screen tearing or FPS problems during my time with the early-access version.

Kunos’ original release of Assetto Corsa wasn’t necessarily for the faint of heart, and in my time with ACC, that would seem to be the case also. The game requires focus, seat time, and repetition to truly understand the feel of each vehicle and venue, assuming your plans are to be competitive with the AI and online racing. The full release of Assetto Corsa Competizione isn’t expected until sometime in February of 2019, and I am excited to see where and how the title progresses over the early-access period.