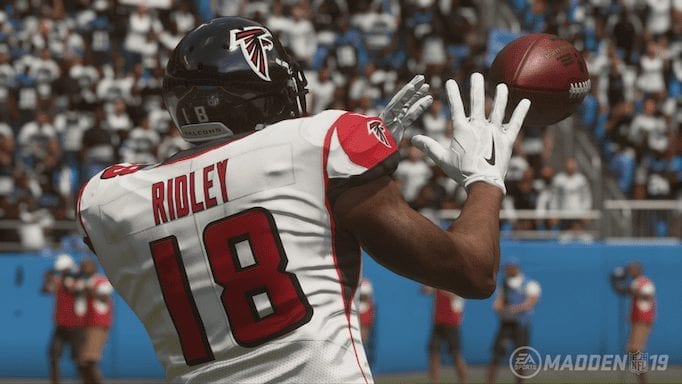 It is round table time again on Operation Sports!

Today, our writers are going to break down a question a bit more that’s been raised across OS and social media, increasingly over the last year.

Today we are debating the topic of if sports games are too hard to increase their mass appeal, or if they’re not realistic enough where difficulty would obviously be even higher. Also, we will ponder if there’s even an answer to this debate that’d make sense for everyone.

I feel like a big buzz term right now among all sports games is “skill gap.” Competitive players want to consistently be rewarded with victories for superior stick skills, which makes sense as sports titles continue to evolve as esports. But developers understandably don’t want to alienate new players who might be turned off by the fact that it will take some time to get good at a game. Add in the fact that all sports inherently feature some amount of chance, and that not all digital athletes are created equal, and you begin to see the conundrum.

As someone who has pretty average skills in most sports games (but slightly above average, for the record), I probably don’t notice this skill gap as much as those on either end of the extremes. But I’ve certainly played my share of games where I felt like I’ve lost to people I was better than, and I’ve also won some games I felt like I didn’t deserve. And even though that does happen sometimes in real sports, it’s still a concern.

All games could start by doing a better job matching you up with people online who are at a comparable skill level. No one wants to be demoralized by losing all the time, so let people learn the game without feeling too discouraged. They could always do a better job amplifying all of the wonderful content creators out there making invaluable videos on how to improve in every aspect of the game.

In the future, I really hope developers don’t feel they ever have to sacrifice more complicated game mechanics for fear of scaring away new players. With enough resources out there to help people improve, they will be able become great if they put in the time.

This is a bit of a loaded question. Today’s games are technically not too difficult for their own good. Drop any game’s difficulty to its easiest setting and send any player, beginner or veteran, into an exhibition game and they’ll be okay. All of the AAA sports titles are easy enough at the lowest level, and they also flood you with guides. However, “difficulty” gets very hazy when it comes to finding the “right” difficulty level for a player. Just like most players, I do not want to play all of my MLB The Show games on a difficulty setting that constantly feeds me meatballs, and offers up little to no strategy or challenge.

But in order for players to reach the coveted plateau wherein the on-field gameplay is perfectly tailored to their skill sets, the games can become unnecessarily difficult. MLB The Show, for example, leaves a lot to chance and will punish players for being too aggressive in the count. It does not matter the timing of the swing, the attributes of the hitter, or where the bat made contact. I squared up first-pitch hanging breaking balls with elite power hitters with good timing and contact only to watch it result in a weak chopper or a weaker pop fly. This is especially problematic in online play, making Diamond Dynasty an endless and frustrating grind. That built-in difficulty is a deterrent that all developers should avoid.

It is also important to separate complexity from difficulty. Play Madden on its easiest setting and then on its hardest. You may as well be playing two totally different football games. But when you settle in on the “right” difficulty for you, take a look at all of your pre-play audible options. That can be daunting for even die-hard football fans. Madden inundates you with on-the-fly options that can cause players to overthink their strategy and give up big plays. What about the advanced stick controls in the NHL series? Mastering these is paramount to playing at any sort of competitive level, and greatly distorts a fair playing field if one player knows them and the other does not. All told, complex skill moves in FIFA, NBA 2K and NHL all generate exceptional depth. But newcomers can play on beginner settings and avoid them.

Games are not necessarily too difficult or too easy when it comes down to it. Players need to tailor the difficulty to match their skill set and what they want to get out of the game. Sliders exist for us to adjust our offline play, but the online experience can be so imbalanced due to the need to create an accommodating environment for all skill levels. Developers could toy with the idea of expanding online modes to feature different difficulty brackets (which does exist already in some respects), but until a formidable idea emerges, they at the very least should never punish players for being too good at their game.

I definitely agree that the ability to customize sliders makes this question tough to answer. Really, it’s up to the player. If you want a 100-point triple double in NBA 2K, you can make that happen. Or if you want to make the game an absolute challenge even when playing the Brooklyn Nets, more power to you.

Online is another ballgame. Hopefully, matchmaking will continue to improve, and then as the games continue to become more and more like their real-world counterparts, they should become more intuitive for players of the real-world sports — which is great. And then of course eliminating pay-to-win options would help level the playing field, but that’s another conversation altogether.

Until then, in-game tutorials and online are there to help you get to the skill level you desire. And I hate to disagree with one of the greats, but sometimes you just have to put in the time to get better.

This question, as we’ve seen answered by some of the other guys, has several variables that really lead to a solid answer. I don’t think games are complicated for their own good. The amount of flexibility that most AAA titles provide gives you the chance to make the game match your skill level. Online, against others, these options are determined by the game/devs. Depending on the mode, player skill is all that determines difficulty level; in the card playing modes, difficulty is usually determined by having an inferior team compared to facing off against an opponent whose team is stacked (more of the time than less).

The other thing that can make games more “difficult” are intricate controls that create a learning curve for the user. This is also something I don’t currently see as a problem, but there are some instances where I struggle. For example, NHL 18‘s newly introduced dekes this year are hard for me.

All in all, I think that the devs have done a good job of making game difficulty a tailored affair that the player can modify offline. Online is where they’ll have a hard time striking a true balance, but I think a fairly well done job has been achieved there, too. Like Brian said: practice. If you really want to dominate at a game, and have the time to do it, practice really helps you to understand a game’s nuances and gain supreme skills on the sticks to dominate your opponents.

Three for July: Bringing Back Some Greats
How to Fix Nintendo Switch's Sports Gaming Problem