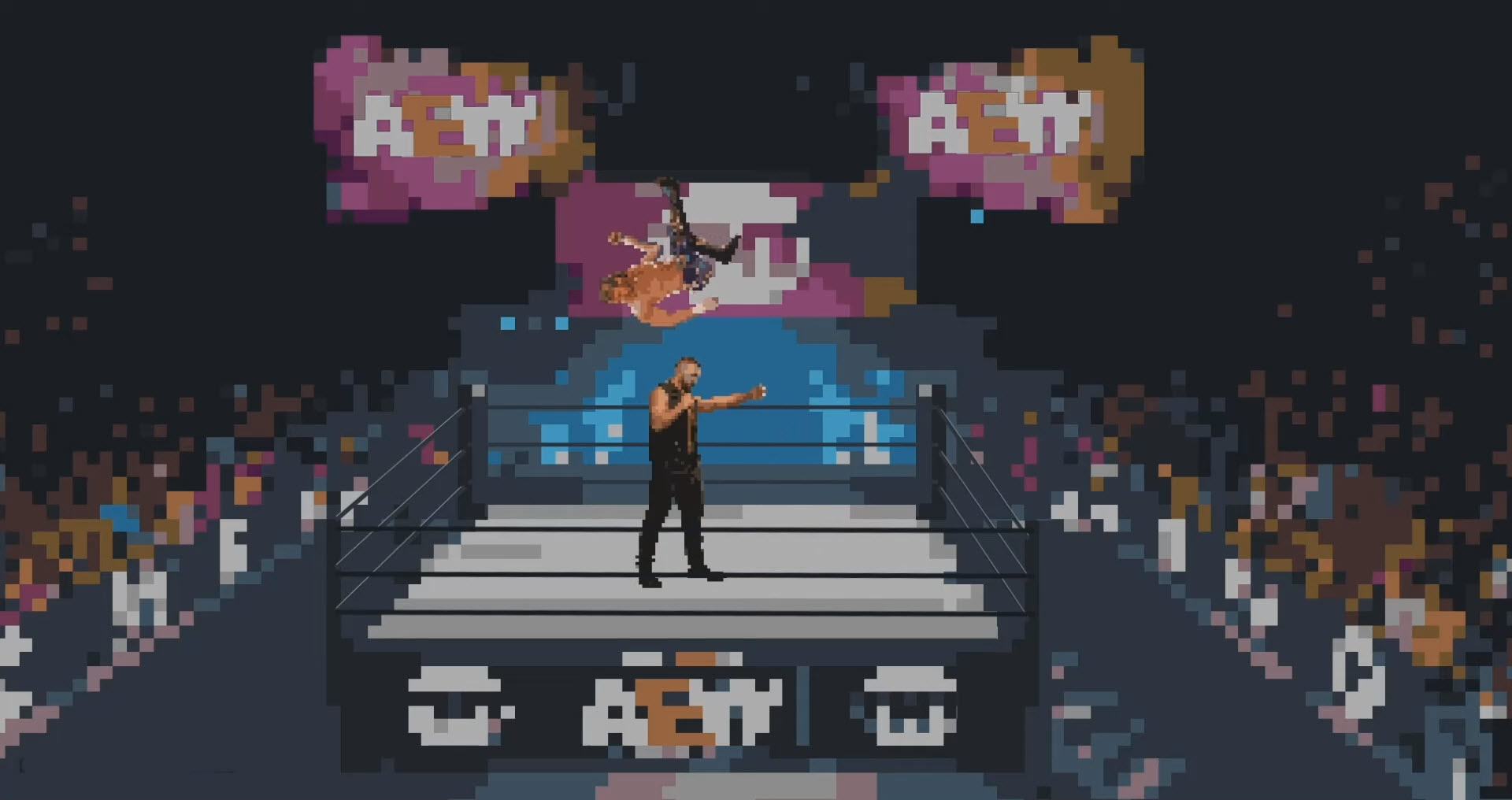 Pro wrestling’s popularity is not at the all-time high that we hit in the ’90s, but it feels more present in our lives again in part due to the emergence of All Elite Wrestling. However, there’s a shortage of quality wrestling video games currently on the market. Sure, there’s the iconic Fire Pro Wrestling and you can go back in time and play any Smackdown game, but when was the last time a good WWE game was released? It most certainly wasn’t one of their recent games or the ridiculously over-the-top arcade fighter, WWE Battlegrounds (though we like it enough, it doesn’t hit the highs of wrestling games from the past).

The point is, there isn’t much to keep the virtual wrestling marks at bay. We have been hoping that would change when Kenny Omega and The Elite arrived, and it very well might, but many questions remain. With that in mind, and with the release of AEW Casino: Double or Nothing for mobile, it’s time to get a pulse here for what else is happening in AEW land.

What We Know About AEW Games

Over the last year, AEW’s popularity has skyrocketed. Popular wrestlers like Matt Hardy, Miro, and Sting have arrived, and the current crossovers with Impact and New Japan have opened up the Forbidden Door. Now, fans and gamers anxiously await the arrival of the next great wrestling game.

What does the future of other AEW games look like? That question remains unknown. But we are slowly, but surely, starting to receive the information we’ve long desired.

In November, I wrote this article on everything we learned during AEW’s initial announcement. Here, we learned that the first “major” AEW game would not only be the potential No Mercy sequel we’ve been anxiously awaiting since our childhood, but they would also be releasing a casino table game and a mobile, GM-style game.

Some gameplay footage was released, but fans knew very little about the game. However, earlier this week Omega met with Talkport to chat about the future of AEW Games.

Kenny Omega had a lot to say in an exclusive interview with Talksport.com. During this interview, we learned a decent amount of new information. However, one of the biggest snippets of news came when Omega was asked about a potential release date for AEW’s wrestling video game. Here’s what the current AEW world champion had to say.

“I would say in a perfect world, give it about a year’s time…But the cool part is we’ve got a team at Yuke’s that’s prepared to challenge themselves and make something representative of the good SmackDown-y stuff that they can do, and then Geta is there to add his flavor to it as to how he would have made a newer style game, and we’re all sort of just bouncing back and forth.”

“Let’s make sure we’re able to make it feel like this is wrestling in 2021, but it still feels like No Mercy, but it still can be fun for not only the wrestling fan but the casual gamer who picks up a controller and drops his friend on his head.”

Lastly, The Best Bout Machine dropped a very, very juicy nugget on how AEW plans to approach updates and add-ons to its wrestling simulation.

“As great as it is on the launch, as our roster grows — let’s say we add a pay-per-view name, add a new arena, let’s say we sign whoever, anybody! — we want to be able to support those new additions as well. It’s gonna hopefully be what people are hoping for. Hopefully, the new additions/update will be really prompt. That’s the plan anyway! So everyone can feel up to date with our roster and how AEW grows.”

All of that led up to The Cleaner: Kenny Omega promising to make a major announcement.

Unfortunately, it wasn’t the blockbuster announcement many of us had hoped for. Instead of being a potential release date or more gameplay footage of the highly anticipated AEW No Mercy-style game, they announced the release of their brand new AEW mobile game. Fans also received a closer look at what to expect in the upcoming GM game. This was not the news many of us had hoped for. It was a huge letdown, but probably something we should’ve anticipated so soon after Omega’s exclusive interview.

I downloaded the AEW Casino: Double or Nothing after the announcement. And in my very little time with the game, it was hard for me to understand what made this different from any other online poker room. In fact, it wasn’t until I went to the official site that I saw what fans really get out of all of this.

This line said it all.

So there you have it. What really makes this an AEW casino game is that fans have the opportunity to win free swag. Which is awesome I guess, but why can’t this game be centered a bit more around the wrestlers by having their likenesses front and center. Instead, I’m forced to use some generic avatar of a guy that looks nothing like me rather than being able to choose Darby Allin (who looks nothing like me) or Matt Hardy (who kind of looks like me).

AEW Still Has A Chance Here

There’s a lot to like about the future of AEW Games in terms of what they have said. After all, it’s been a long time since a wrestler has shown interest in “making wrestling video games great again,” which is exactly what Omega appears to want. In all honesty, there may never be a video game that lives up to the success of WCW/nWo Revenge or No Mercy, but to know that someone, anyone, is finally trying to bring that to fruition still excites me.

Wrestling could have another moment here, and the same holds for All Elite Wrestling’s AEW Games. Now, please, please give us an exploding barbed wire deathmatch.

Cancel reply
Discussion
Click here to reply to the discussion
Continue Reading
You may also like...
Related Topics:AEW, All Elite Wrestling Game, Yuke's

All Elite Wrestling to Feature Campaign Mode, Multiplayer and Create-A-Wrestler on Console