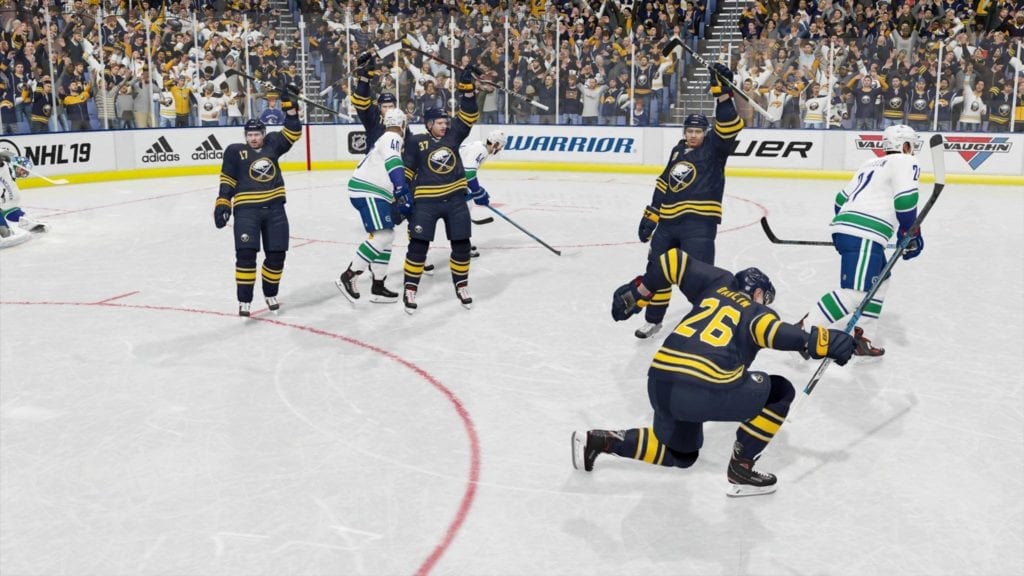 If you are new to the NHL franchise or just want to take your play to the next level, you might want to look deep into your team’s individual strategies. There are a bunch of options you can choose from, from individual line options to forechecking strategies to power play and penalty kill settings. The settings options have all relatively remained the same over the last few years but they are definitely worth paying attention to. Furthermore, changing strategies to best suit your team or how you as an individual want to play is a great way to maximize your team’s success. Below I will breakdown the different options at your disposal.

These options will have an impact on all five players (forwards and defensemen) on the ice and will determine how aggressive or passive you want your players to be while in the offensive zone. You will be able to choose from five different options.

I find myself playing mostly on this setting. It feels like this setting allows for a normal NHL-style forecheck and the most realistic gameplay possible.

I particularly like this setting when the third period rolls around and you’re protecting a lead.

Full attack is best for when your team is trailing and you need to get some offense going, particularly late in the third period.

These settings below apply when your opponent possesses the puck in their defensive zone or in the neutral zone. The purpose of “forechecking” is to put pressure on the puck carrier, close down passing lanes and force the opposition to make a turnover you can capitalize on.

I play mostly on this setting. The 2-3 forecheck feels like this setting allows for a normal NHL-style forecheck and the most realistic gameplay possible.

Neutral zone strategies will determine how your team sets up when your opponent pushes towards and through the middle of the ice while in possession.

I prefer to play on this setting, resulting in a good mix of man to man and zone coverage.

While already being down a man, you’ll want to make sure your setup is most effective against the power play setup you are going up against.

Diamond setup is most effective guarding against an umbrella power play.

While on the power play, you will want to take advantage of the open ice by moving the puck quickly to open scoring lanes.

This is the most commonly used setup in the NHL and the setup I believe is most effective.

These strategies determine how your players will react when you gain possession of the puck in your defensive end.