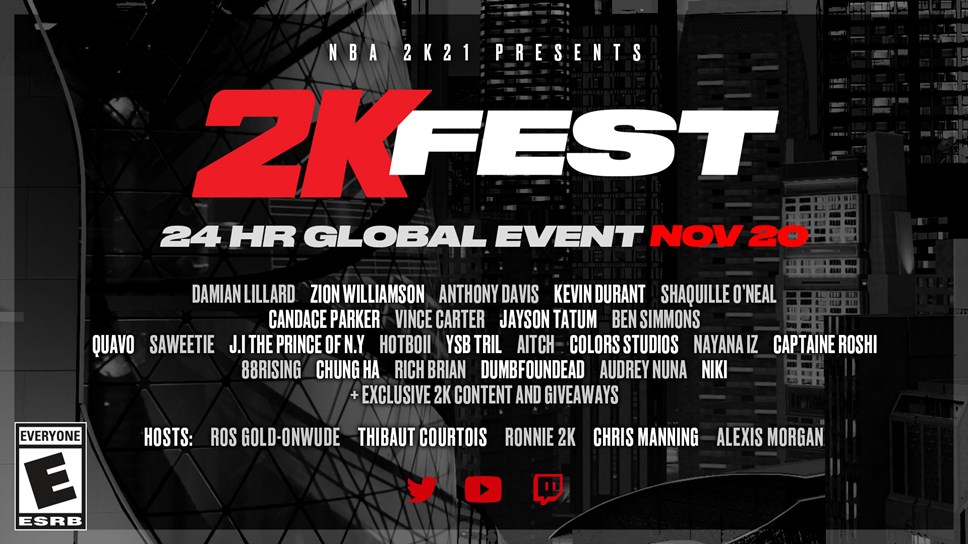 Now that NBA 2K21 has officially released for both next-gen consoles, 2K has announced 2KFest, a global celebration of music, basketball, gaming and culture. The 24-hour event will feature NBA and WNBA All-Stars and legends, musical talent and influencers from around the world.

Fans will be able watch 2KFest live on Twitter, YouTube and Twitch. 2K also plans to host plenty of giveaways throughout the event. More details will be revealed soon.