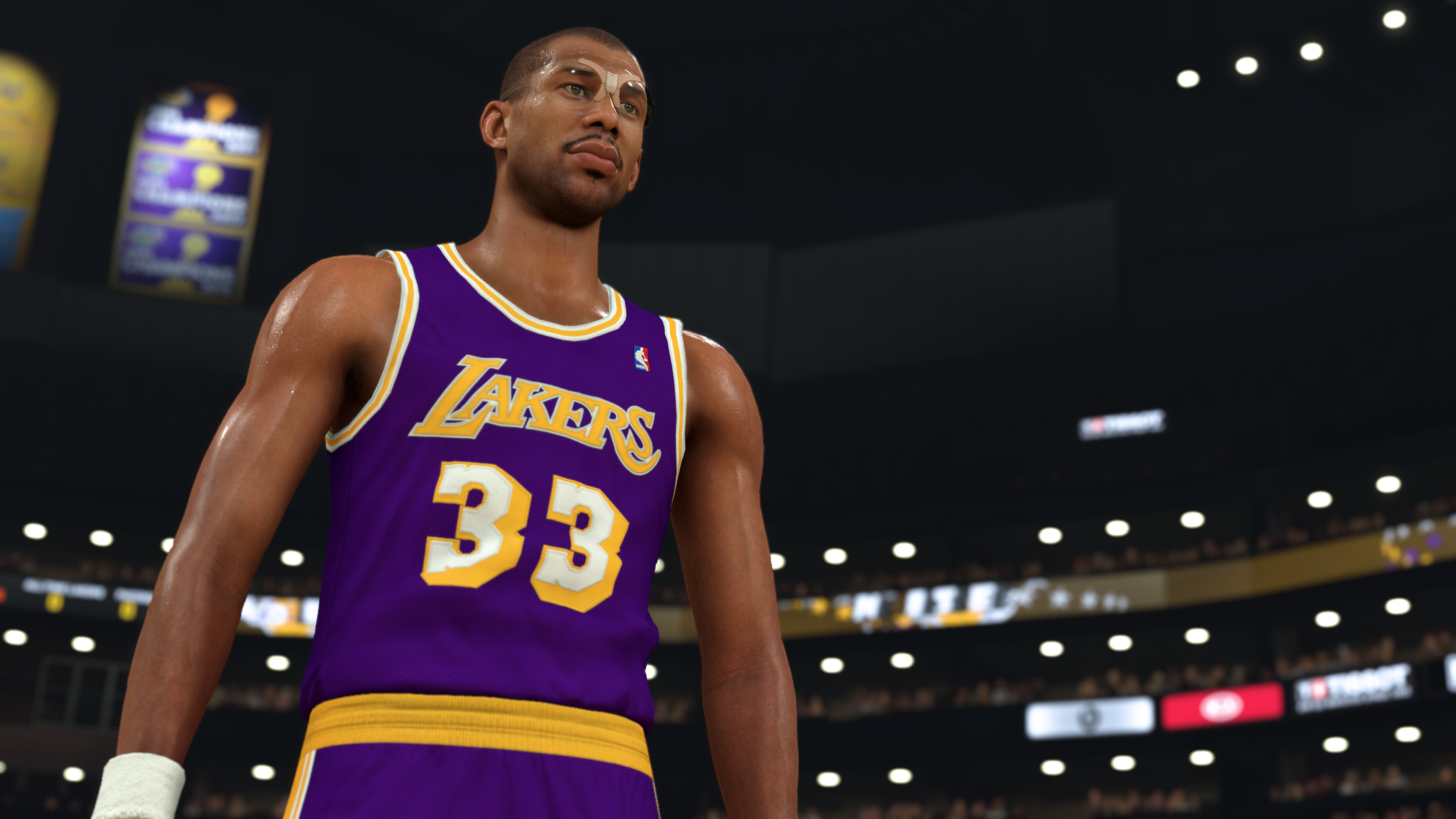 While the 2K community was focused on the shooting meter and an inability to make shots, there was another issue that cropped up right away and did not receive as much attention. The 2K Share is down for NBA 2K21 and has remained broken since the game launched on September 4. 2K Share gives you the ability to download draft classes, custom rosters, created players and even offline MyLeague saves. It remains one of the best features 2K provides as it gives a chance for players to create rosters and players and share them across the community. As a franchise player only, this seems like even more of a slap in the face considering there were very minimal changes made to MyLeague.

This year it is especially important because there are no 2020/21 rookies in the game yet. However, the game is promoted as a 2020-2021 season without any roster changes or attribute changes. I understand why the game doesn’t have rookies yet (no draft yet, no players signed with new NBAPA, etc.), but 2K Share being down also hampers many other aspects including the (new) MyLeague sharing components. 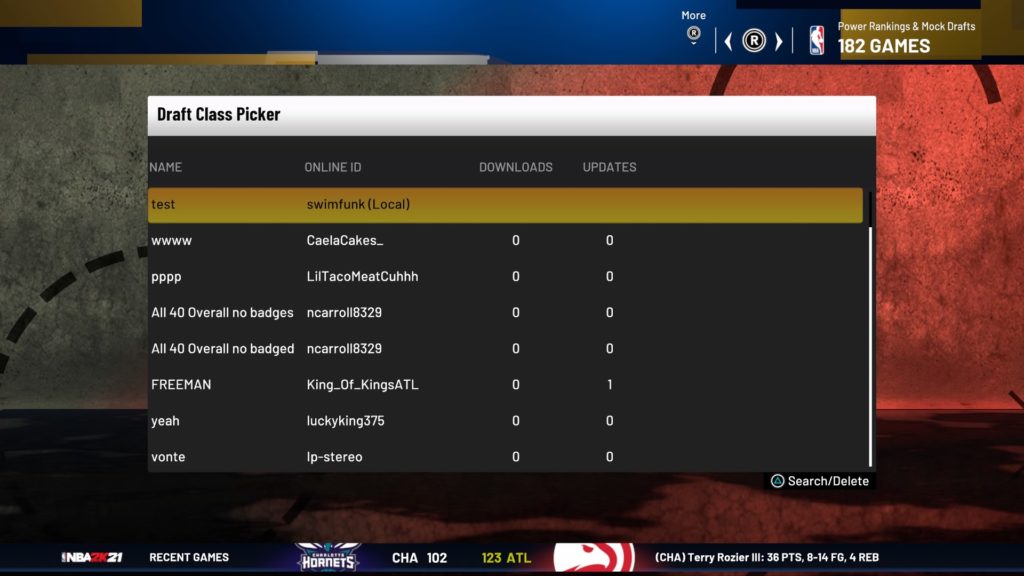 When people go to download a roster, player or draft class they see all files have 0 downloads, which is a sign something is wrong with the servers.  When they click to download a file, they receive an error and are brought back to the previous page without any success. This can be frustrating because its something that 2K has had issues with in previous games:

This remains a core feature of MyLeague and MyLeague Online. Users right now are only left with an option to use a 2K generated draft class or build their own classes. 2K Share was one of the best features of the game in the previous versions because it resulted in having the community create rosters and players that weren’t accessible in the game. Users were able to adjust the ratings, appearance, size and badges of any player created. 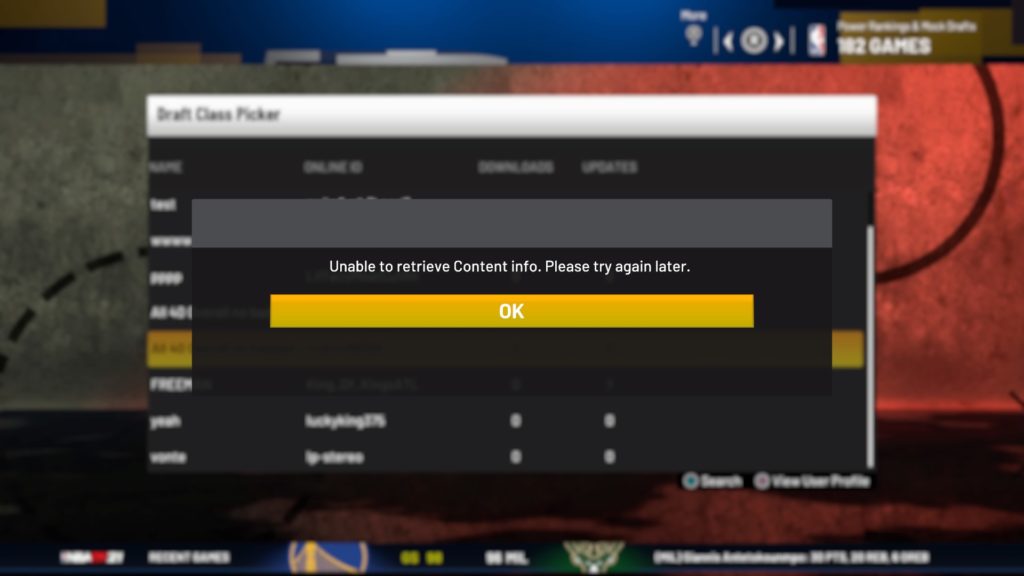 I reached out to 2K to let them know of the issue and they asked me to take several steps that seemed very generic. I had to re-download the game, clear cache and do any other generic fix they mentioned. It didn’t seem like the 2K support person was aware of the issue or even knew what it was I was talking about. That being said, 2K has generally fixed this problem before, so we can only hope a fix is coming soon.

Do have any confidence in NBA 2K21 fixing this issue in the near future? Has anyone had any success downloading rosters or draft classes via 2K Share? Are there any workarounds that you’ve found?