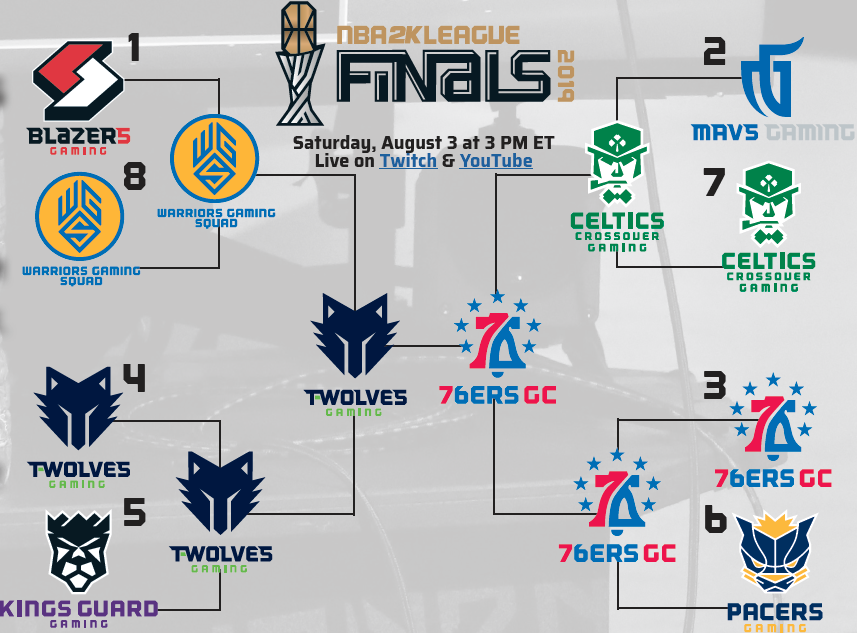 GRAND OPENING, GRAND CLOSING?: 76ers GC tipped off their 2019 season in impressive fashion by winning THE TIPOFF powered by AT&T. The win made them back to back champions of the tournament, and 76ers GC took a home a share of the $120,000 prize pool along with THE TIPOFF trophy. Ethan “Radiant” White was named the tournament MVP, averaging 19.6 points and 8.4 assists. Led by 2019 NBA 2K League Coach of the Year Jeff Terrell, Philadelphia will now look to end their season in a similar, grand fashion by hoisting the 2019 NBA 2K League Championship Trophy.

THE GOLDEN WOLVES: Similar to the NHL’s 2017-18 Golden Knights, T-Wolves Gaming is an expansion team trying to capture a championship in its first season. Led by charismatic rookie Michael “BearDaBeast” Key, Minnesota began the season 3-6 and then recorded seven consecutive regular-season victories to secure a playoff spot. The team has carried that momentum into the playoffs by sweeping opponents in the first two rounds and is now just three wins away from their ultimate goal.

A FAMILIAR FEAST: After not being protected by 76ers GC in the 2018 offseason, Mihad “Feast” Feratovic was selected by T-Wolves Gaming with the No. 6 pick in the 2018 Expansion Draft. The second-year center has been a defensive force during the Playoffs, averaging 2.8 blocks per game. He was also recently recognized for his sportsmanship when he received the 2019 Intel Performance NBA 2K League Sportsmanship Award. 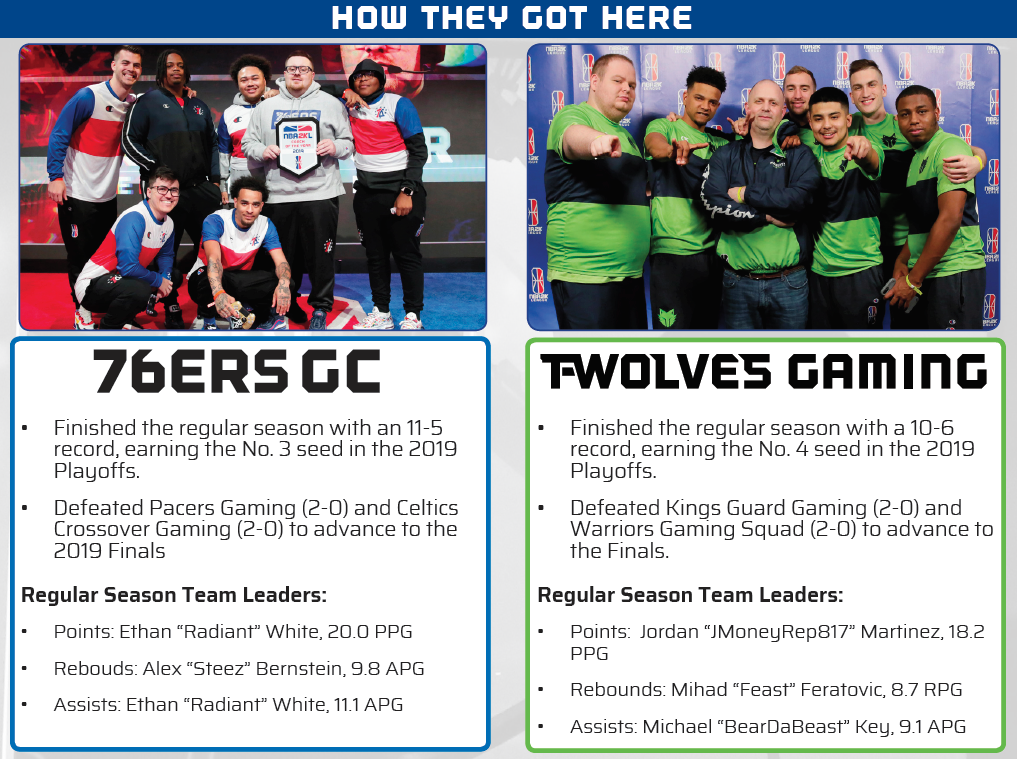 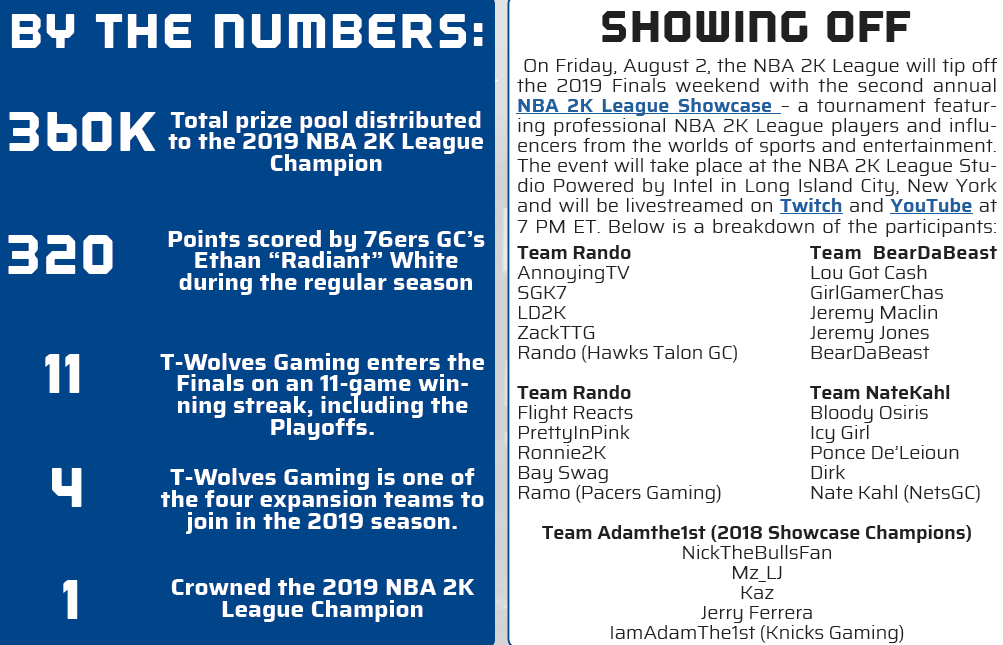