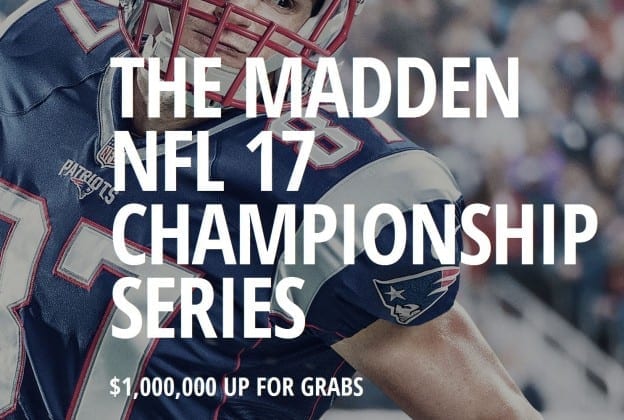 EA Sports just announced details for the Madden NFL 17 Championship Series. The series will include four EA Major Series sanctioned events — with qualification happening for the first three events on XB1 and PS4.

And did we mention its all for $1 million?

The schedule of the four major events is as follows:

You can earn a spot in the majors by competing in any of Online Head to Head, Draft Champions, or MUT Salary Cap.